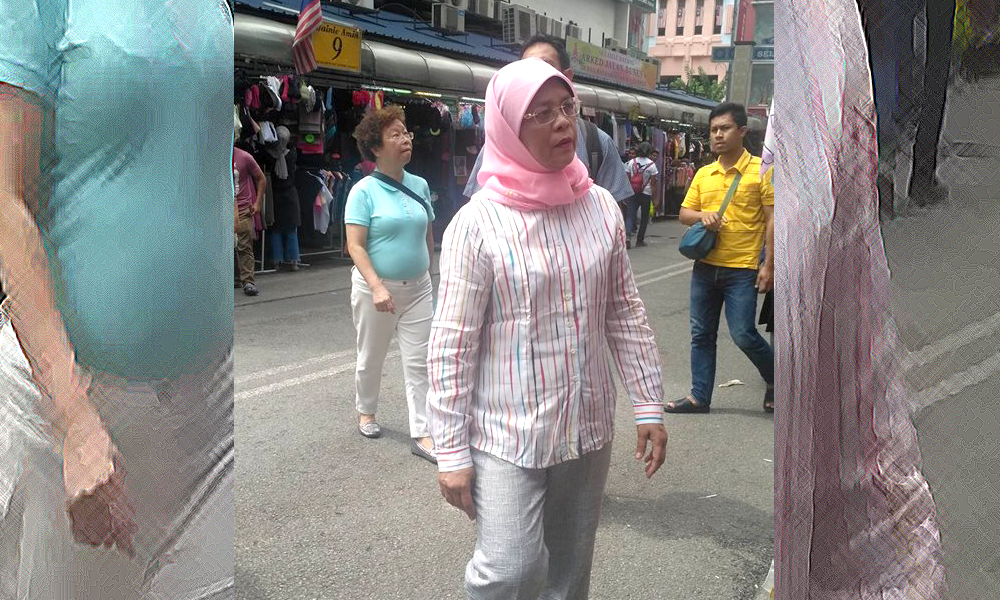 You can forgive Malaysian Nazerrul Hazwan for expressing his shock at seeing this “makcik” shopping for RM$10 (about S$3) tudungs in Malaysia.

After all, she’s the President of Singapore.

But he did, and he was surprised that while Mdm Halimah was a person of stature (you know lah, being the president and all) she was humble and picking out cheap tudungs from a rack at a roadside store.

“She may be an important person, but she is humble. There was a First Lady store in front of her, but she was browsing RM$10 tudings at a roadside store next to it instead. She was also walking around on her own, so maybe she would accept if I asked her to have a coffee with me.”

After posting his “sighting” on Facebook, many have expressed their joy at having a president who doesn’t put on any airs. 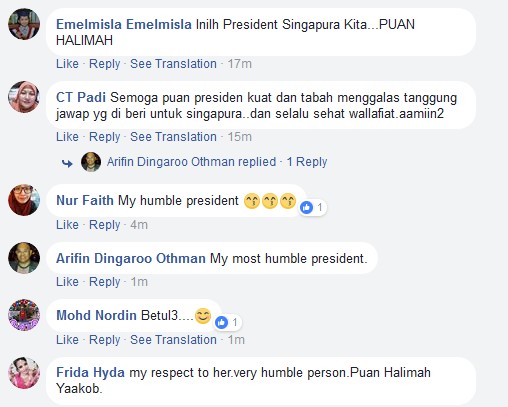 Then again hor, if the SIngapore President who earns in excess of a million SGD a year is shopping for cheap tudungs in Malaysia, then what’s that say about the cost of living in Singapore ah?