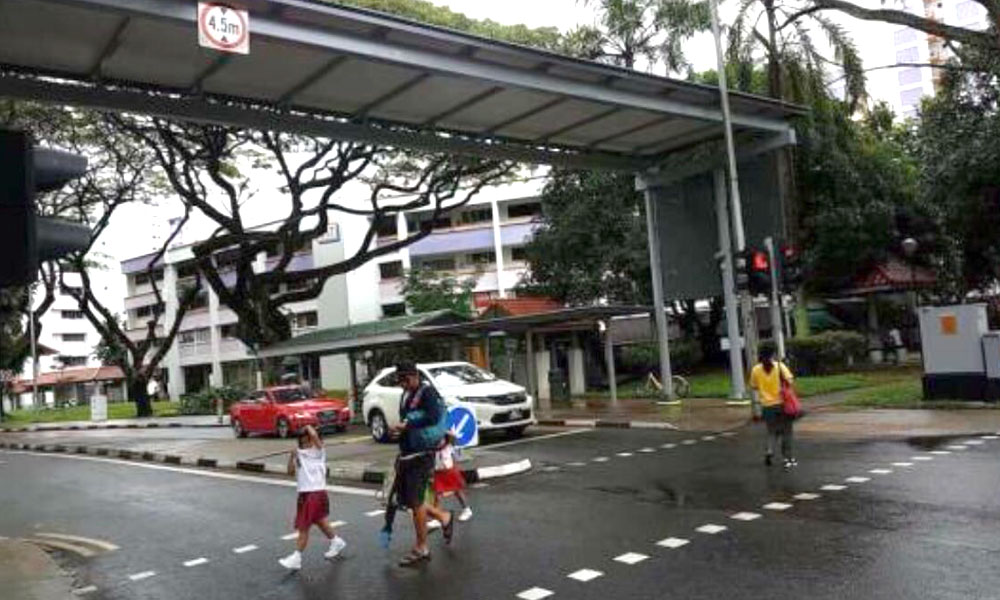 After this picture of the silliest-ever sheltered walkway in Singapore went viral on social media, many were crying “KNN wastes tax-payers’ money” about the LTA/HDB/URA or any organization they could cow beh cow bu think responsible for its construction.

Simply because it’s positioned next to a pedestrian crossing (and hence cannot shelter the pedestrians lah).

Following yesterday’s online furore, the Land Transport Authority worked around the clock to rectify the problem. 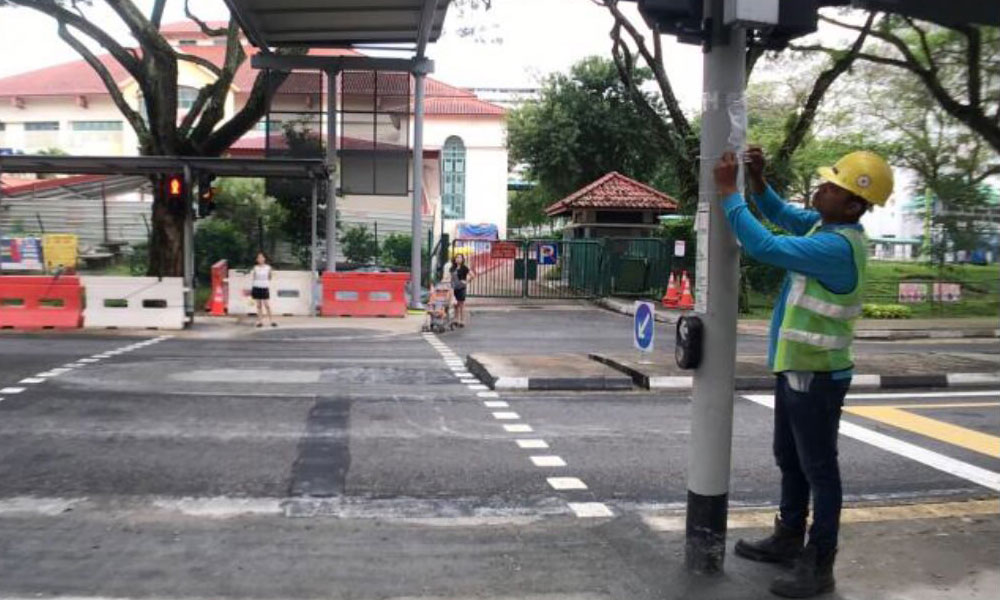 This morning at about 10am, LTA workers shifted the pedestrian crossing – traffic lights and all – and repositioned it below the sheltered walkway.

How’s that for efficiency! 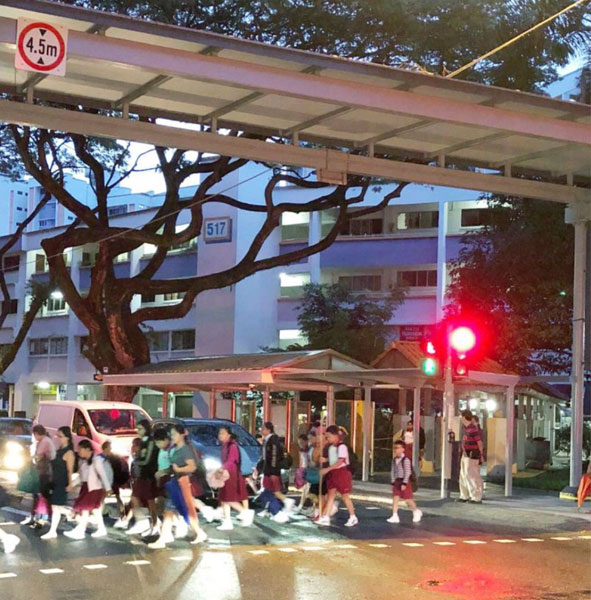 Some have praised the LTA for being able to work “hand fast leg fast” to fix problems, while others say this sheltered-walkway-don’t-provide-shelter problem should have been a problem in the first place.

The LTA says the sheltered walkway was built in its original position to so as to avoid affecting trees and underground piping in the area.

It said that all along the plan was to first build the walkway, then shift the traffic lights.

The LTA said the re-positioning of the traffic lights was completed yesterday.