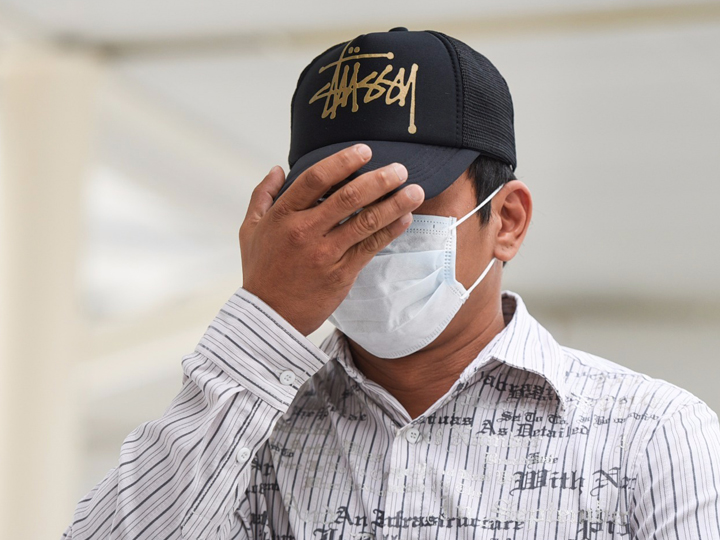 The four had been employed by Jover Chew Chiew Loon as freelance sales executives in 2013 and 2014.

Jover Chew is facing 28 charges, and is expected to plead guilty on 28th October.

Spare the lockup, spoil the scammer as the old (or perhaps non-existent until now) saying goes, so Jover’s partners in crime are getting their fair share of prison time too while he mulls his fate.

Jover Chew and his cronies became famous last November, after he brought a Vietnamese tourist to his knees, crying and begging for his money back after he got jover-chewed (recently-coined local term, meaning “to be scammed until you want to kneel down and cry”).

But that wasn’t all. Before that isn’t Jover had already achieved notoriety by returning a woman who demanded a refund a thousand bucks worth of coins.

But one Jover Chew a Sim Lim Square doesn’t make.

We’re pretty sure more will be popping up in time to come in what’s been touted as Singapore’s penultimate tourist trap.

READ: Jover Chew is a Genius Salesman Who’s Almost Everything the Gahmen Wants Us to Be!