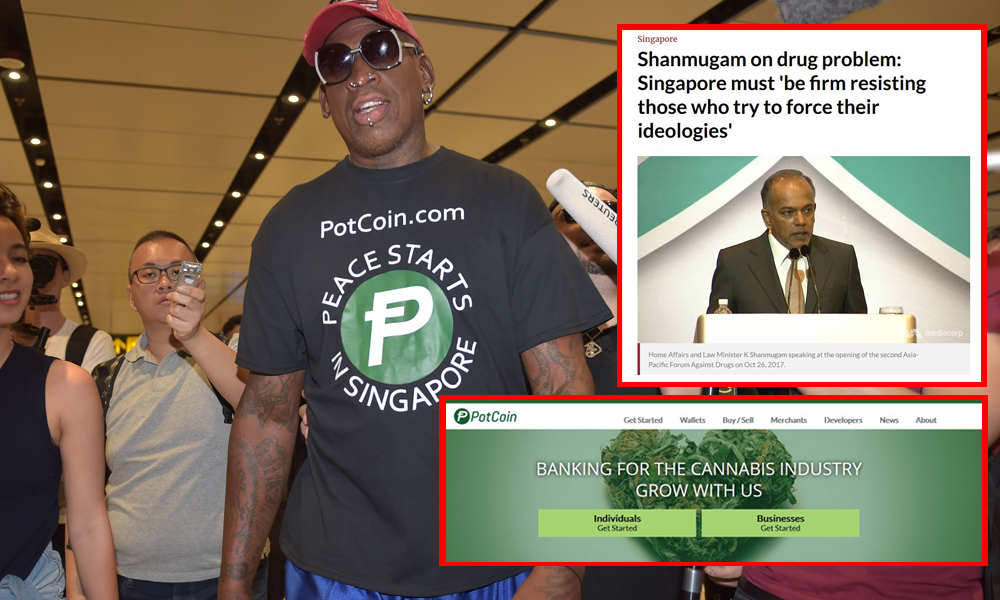 But from the moment at Changi Airport today, his support was for a cryptocurrency platform that facilitates the purchase of drugs.

In what appears to be a paid endorsement, Rodman wore a “PotCoin” t-shirt to face the media – possibly knowing full well that he will be featured on news channels across the world.

And the most bewildering part is how Rodman associated PotCoin with Singapore and peace.

PotCoin describes its business as such:

PotCoin is the first digital currency created to facilitate transactions within the legalized cannabis industry. PotCoin is a community based effort.

PotCoins are digital coins you can send via the internet, which allow cannabis enthusiasts to interact, transact, communicate and grow together.”

Rodman wasn’t arrested, but according to Singapore’s Misuse of Drugs Act, he probably should have been.

In Singapore, it’s illegal to possess or consume drugs such as cannabis.

It’s also unlawful to abet the possession or consumption of such scheduled drugs. 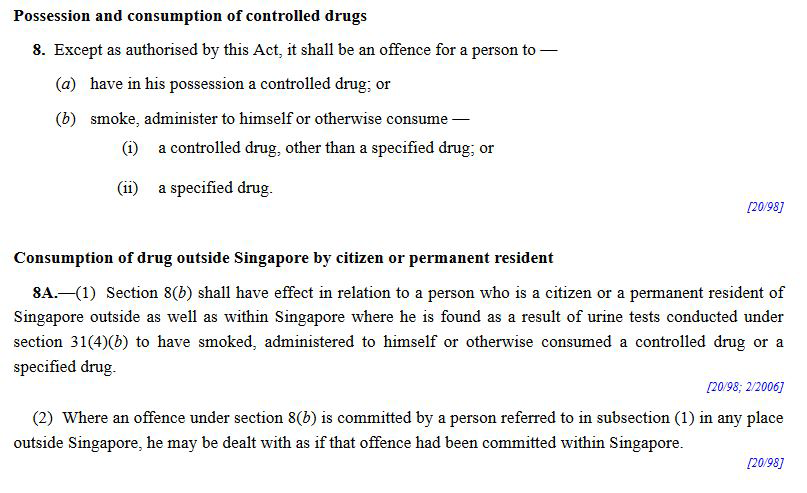 In March this year, Law and Home Affairs Minister K Shanmugam spoke at length in parliament about the need to toughen Singapore’s laws on drugs.

Putting down activists who campaign for sparing drug traffickers the death penalty, he said:

“The activists light candles for traffickers outside Changi Prison, they write emotive stories… But who cares for… real victims? How many young lives have we saved with our policies? Would you hear a squeak from the activists, about these people?” 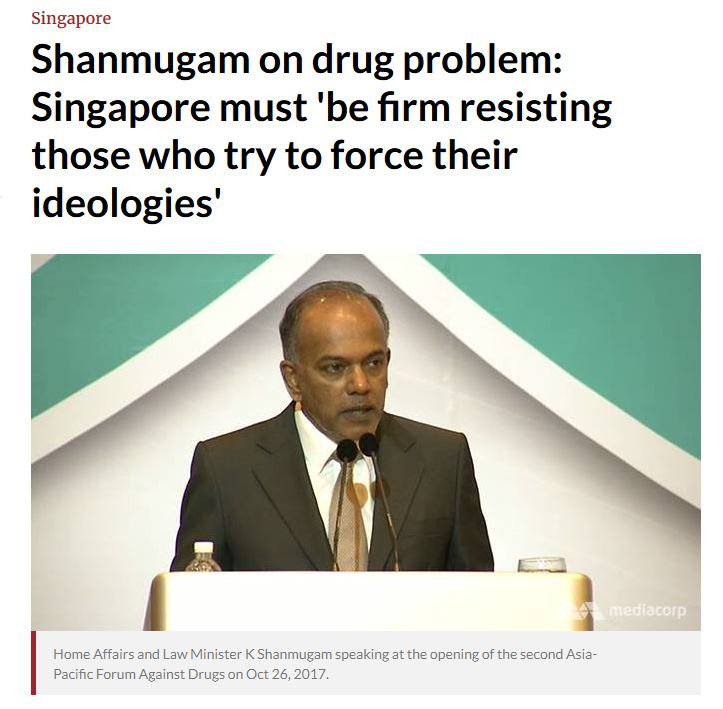 So far there hasn’t been a squeak from the authorities on Rodman’s drug promotion stunt.