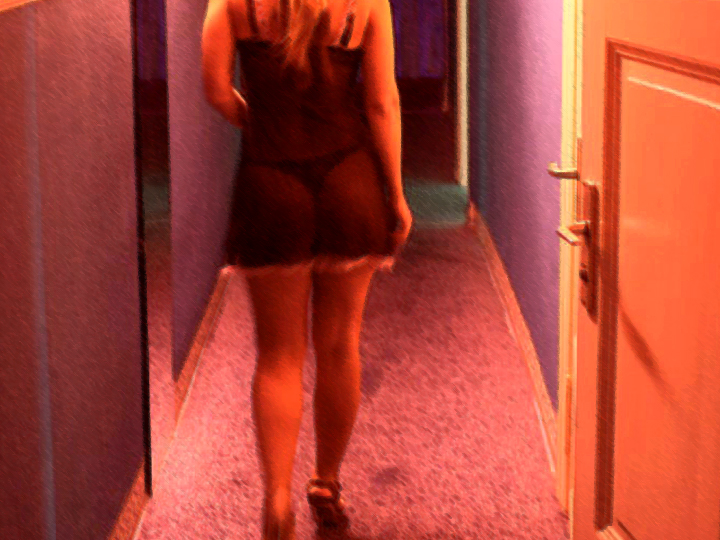 Love hurts the heart, but often times it’s the pocket that comes out worse for wear.

Like the case of this Singaporean chap who found love with a Thai prostitute even though she was pregnant with her ex-boyfriend’s baby, then wound up saddled with S$20,000 worth of debts trying to get her to quit prostitution.

And the poor lad is just 25 years old.

This is his tale:

“I was dumped by my girlfriend in September last year and I attempted suicide and posted a thread which you can find here: If the dumpee disappears completely from the dumper’s life… – asking if disappearing from her life can get her back.

I haven’t been updating about my story for the past 6 months since I got back with her because so much has happened since. Basically, I flew over to Thailand to see her in December after her ex made problems for her. I’ll just try to explain the story as clear as possible.

She left her ex in mid November last year and she lived with him for around one and a half month from October to mid November. She left him because she found out that he’s crazy and she can’t live with him. Whenever they have a fight or an argument, he would break everything around him. Apparantely, he’s even more crazy than me. And he is actually really crazy, he has anger management issues and he has to take medication to calm down. So on one morning when he left for work, she left his house and never came back. He started calling her and tried to find her but he couldn’t. Then, she told him that she is very tired of fighting with him and because of what happened in her home, (her house burnt down and her grandmother died in the fire), she is going to go back to prostitution that night. Therefore, he told her that she will not go back and he warned her to watch what what he would do to her. Thus, he went to the police station, bribed the police and made a false police report that she stole his gun and 400,000 baht ($16,000) from his house. The police were looking everywhere for her and she “surrendered” at the police station because she had to fly back to her country anyway, and she would have been stopped at the airport because she’s on the watch list. The police confiscated her passport and told her to pay up 20,000 baht ($800) and a return ticket to her country if she wants her passport back, or she would be black-listed for 5 years and thrown into jail.

That’s how I came back into her life. I flew back to Thailand in December to save her. I paid off the police and gave her a sum of money around $3,000 for her to go back to her country and some money for her family. Basically I solved all her problems she had at that time. So for 3 weeks, she stayed in her country and I went back to my country. I was supposed to visit her in her country in February this year and she texted me on Christmas eve to come in March instead. I asked her why and she said she’s going to China and she told me not to ask her why. Obviously I know the reason why she wanted to go to China and I was extremely upset and devastated because I can’t let her go back to her old life. I persuaded her to be a webcam model instead and I can help her to set up everything and she can start the work rightaway in Thailand, because webcam modelling, even though isn’t the kind of thing I want my girlfriend to do, at least it’s better than doing the real sex. She agreed to this arrangement and I arranged for her to come back to Thailand in early January and that’s how we started our life together for 3 months in Thailand. Of course, I sent her a lot of money so she can leave some money with her mum and to fly her back to Thailand. I wasn’t happy with how she emotionally blackmailed me into giving her money or else she would go to China for prostitution. That’s how we always fight and argued when we were in Thailand.

We reunited in Thailand and on the first day, she refused to do the webcam modelling because she didn’t know she had to strip and do all those disgusting acts and she said she would rather do the real sex than this. I couldn’t understand why she would think like this and we fought over this. I accused her of lying to me and using me to come back to Thailand and because I feared she would go back to prostitution, I took up a bank loan of $14,000. I lost my job and I neglected my business because of her. That’s how my business failed and I’m in debt now because, I took up a $6,000 bank loan back in December to help with her her problems and including this additional $14,000 loan in January, I owe my bank $20,000 now. After staying with her, I realized how fast she spend my money like water.

Anyway, I still took care of her and supported her from January to mid April because she admitted to me in January she was pregnant but her baby isn’t mine, but her ex – the guy she left me for. I was devastated as I planned to have a future with her but her baby ruin my plan and the future I plan to have with her. I was filled with so much anguish because as much as I love her, I couldn’t bear the thought of raising another man’s child, especially the man she dumped me for. Her ex refused to take responsibility for the baby because he doesn’t believe the baby is his, but mine. How ironic. Every time I see her stomach/her baby, he will remind me of her ex and the hurt she put me through. We agreed to take a 2 week break from each other to think through about our future and she would not blame me if I decide to leave her as she doesn’t want to break my life.

During that 2 weeks, I think of her every day and I didn’t know what to do. On one hand, I decide to raise her baby as my own but on the other hand, I was so worried what if her ex comes back to her and when the baby grows up, he will acknowledge her ex as the father. After all, he is the biological father so there is nothing I can do. After careful consideration, I decided to raise her baby as my own and be the father of the baby. What truly makes a father is how you raised up the child and be there for him through every single step of his journey, and not who contribute the sperm.

Now, I’m doing better and things are starting to fall in place for me. I just got a new job ($7,000 a month) and my business is starting to pick up. with my new job and my side business, I can probably make more than $12,000 a month which is quite high for a 24 years old. I just got a project worth $20,000 and the client paid me $10,000 deposit so I have the money to pay off all most of my debt now but I’m still holding on as I don’t want to give away one lump sum in case of an emergency like her doctor’s check-up, labor, baby etc.

Even though I have accepted the fact that her baby isn’t mine and I will father the baby, deep down inside, I still can’t get over this. Everytime when I fight with her, I would just tell her to go back to her ex because financially, he is much better off than me and she should go back to him since he is the real father of her baby and they would be a proper complete family. I don’t know what to do now. I love her and I would do anything for her but to raise another man’s child? I just turned 25 recently and I don’t think I’m ready to be a father yet. I know I have a great future ahead of me and many people tell me that I can make a name for myself in this world so why take on this burden now? I just don’t know what to do.

To all those guys out there, would you raise another man’s child as your own?”