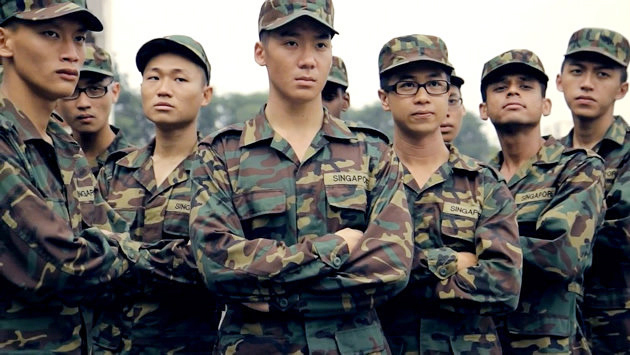 So you’ve watched Ah Boys to Men 3: Frogmen, and think that our naval divers can beat the shit out of anybody in the whole god-damn world. You’ve probably heard of their “Hell Week” and raft-lifting and submersion in ice-cold water mixed with piss from the buddy next to you.

Well, time to stop the naval-gazing, kids. Sure, those divers are tough as nails, but there’s something called “people that nails bend and run away from when they see them”. Like these special forces guys you probably want to stay very far away from. Because they don’t have something little bears call Training Safety Regulations. And their training could kill on its own. 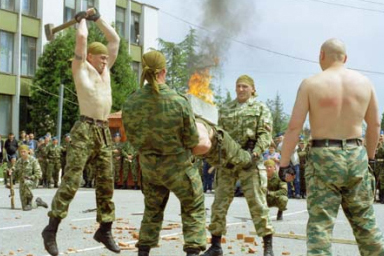 The Spetnaz only want the best, pain-hardened killing machines. And what better way to achieve this then by teaching them to kill, and by forcing them to endure excruciating torture?

The elite Ruskis spar with the express goal of injuring each other, breaking ribs, fingers, vertebrae, healing only long enough to get back on their feet and complete the training.

They claim that they are not taught to ignore pain, since that is impossible. They are instead taught to enjoy it 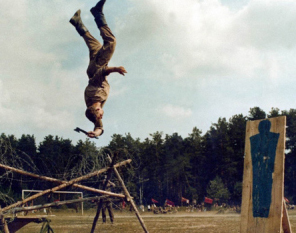 When shit really hits the fan.

All this, so they can be deployed for reconnaissance or house-to-house close quarters combat. Sometimes, they’re also employed as extremely formidable bodyguards for high-ranking politicians.

Damn, that puts the Kevin Costner Bodyuard to dog-gone shame. 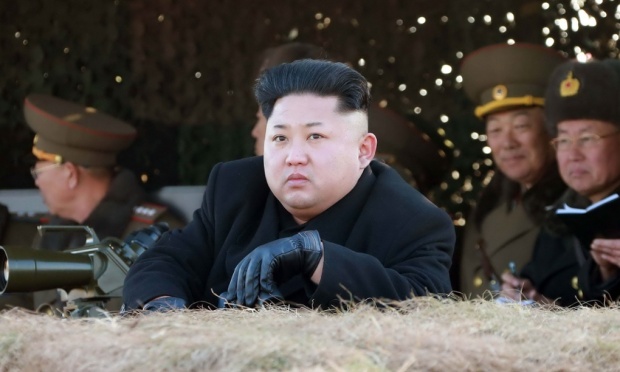 Yes, they’re from the country that gave us Kim Jong-Un and his ever-stranger hairdos.

A captured Storm Corp trooper (not to be mixed up with the Star Wars guys) that soldier trains specifically to take on between three and 15 opponents at once. Another soldier, allegedly a defector from the Storm Corps, describes how soldiers are required to punch a tree trunk 5,000 times in a row, day and night, for a month.

Then they make them punch the jagged edge of a tin can until their hand is bloody and covered in pus, and then finally they start punching a pile of salt. The twisted reason for this being, of course, that the soldiers’ hands become solid like a rock, thus allowing them to literally beat their enemies to death with their rock-hard fists. 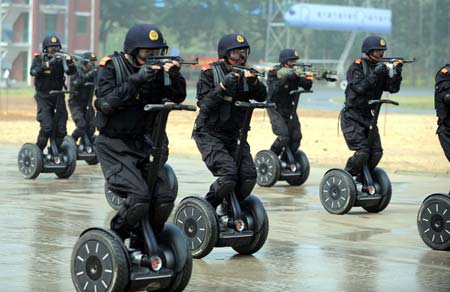 And they have Segways. Bloody Segways.

And you thought the only thing Pyongyang people were capable of was hacking a Sony Pictures comedy. 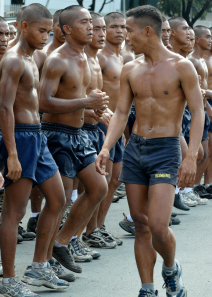 The Navy Seals of Southeast Asia, or just about there.

Besides tough training to build their bodies, commanders probably thought, “what if we mind-f*cked these bastards too and see how they deal with all that?”

So they’re made to train drunk. No kidding. Reason for this being it helps trainers recognise the true traits of the men they’re doling out to protect the nation from terrorists and Edz Ello. 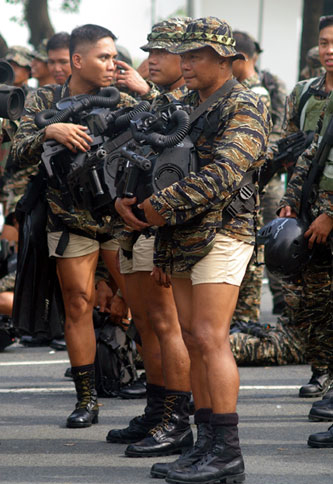 Proving that the clothes don’t always maketh the man.

Teamwork, grumpiness, trouble-making behavior and whether one cracks under pressure and reveals how many shoes former President Marcos’ wife owns is apparently best witnessed when inebriated.

Also, if you can get those motor skills working while intoxicated, what more when you’re not, eh? And if your job is to hunt down terrorists in the south on an almost daily basis, you’re gonna get pretty pissed anyway. 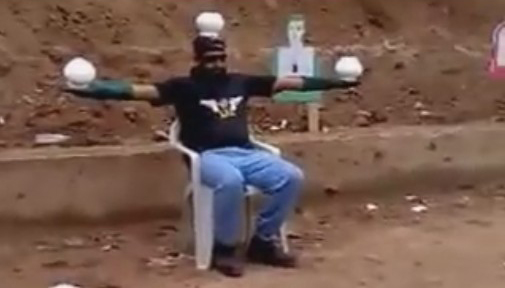 Sitting down while recruits shoot stuff off your head? All in a day’s work, bro.

This Pakistan Special Service Group (SSG) is also known as “Black Storks” a name derived from their unique headgear the “Maroon Beret”.

And in case you didn’t know, they’re mad. F*cking mad.

This is shooting practice, where one poor bugger gets to know what a warm stream of piss down the pants feels like when you’re getting shot at with live rounds. Then they rotate, probably to have a wet-trouser competition.

And this is what happens when you throw an SSG soldier in the pool, tied by the hands and legs – he makes it to the other side. 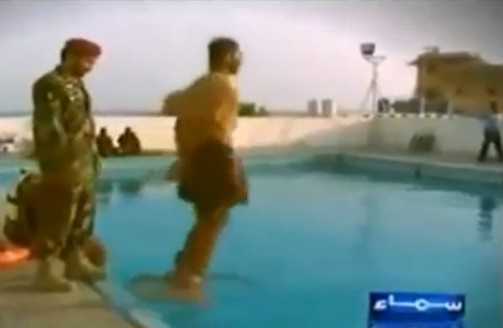 Who needs hands and legs when you’ve got teeth and beard?

If these guys are doing all that for fun, just imagine what they’d do if shit got serious. 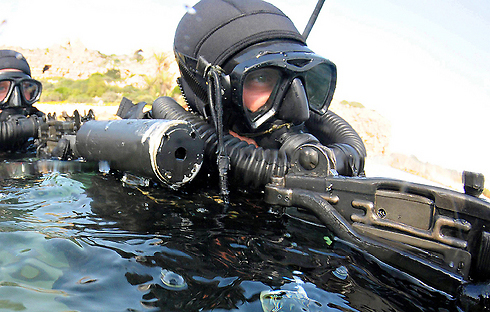 Israel’s very own naval special forces. Volunteers have to pledge to never leave the unit. At least, for 4 and a half years minimum (and you thought 2 years of National Service was bad). The unit was formed in 1949 and has taken part in all of Israel’s wars so far.

So yes, they’ve been killing across the Middle East before Singapore was born. Hell, they’re the buggers who killed all the terrorists involved in the 1972 Munich hostage crisis, and the whole world didn’t know until after the fact. 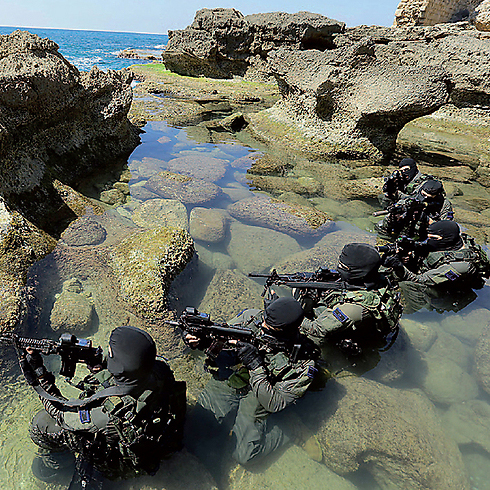 Besides the usual grueling hard labour ritual, part of their training even involves waiting in the water for some 4 hours or more. Try doing nothing while being fully alert and in full battle gear for that time and see how it feels. Little wonder they’re called the “Silent Soldiers”.

It’s been discovered in recent years that Shayetet 13 soldiers have a much higher risk of cancer, either from polluted training waters, or from the fact that possibly nothing else but sickness can kill these people. 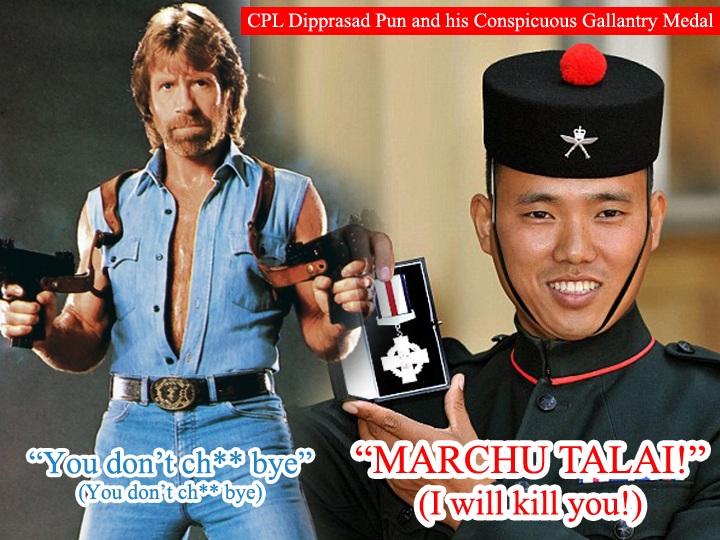 They belong to no one. They’re trained mercenary killers, whose sole aim is to follow orders, which largely involve killing and guarding Lee Kuan Yew’s house.

At night, these guys kill livestock with a slash to the head with their special “kukri” knife, just for the heck of it. And also for posterity, because Gurkhas of old (we don’t dare spell their name without a capital G) were trained to cut off the heads of enemies to prove their kills.

Heard of Rifleman Lachhiman Gurung, who found himself under repeated Japanese attack in Burma in 1945? With his comrades badly injured, he fought off 200 enemy troops single-handedly, despite having lost an arm and eye.

Or how about his guy? 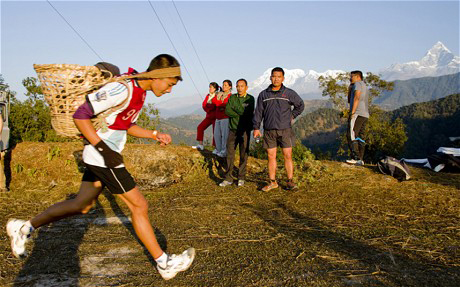 Like the old saying goes: if it looks stupid, it’s probably going to kill you eventually.

Now, the hardest physical challenge of Gurkha recruitment a 5km uphill run that has to be completed in less than 48 minutes, that leaves them looking like this. Results are withheld from prospective Gurkhas until the next morning – because those who fail might just throw themselves off the damn mountain in shame. Damn. 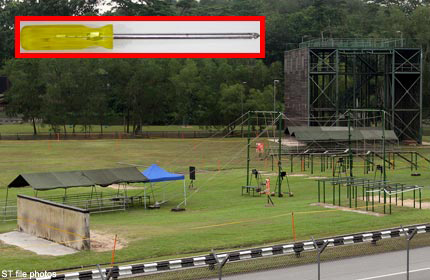