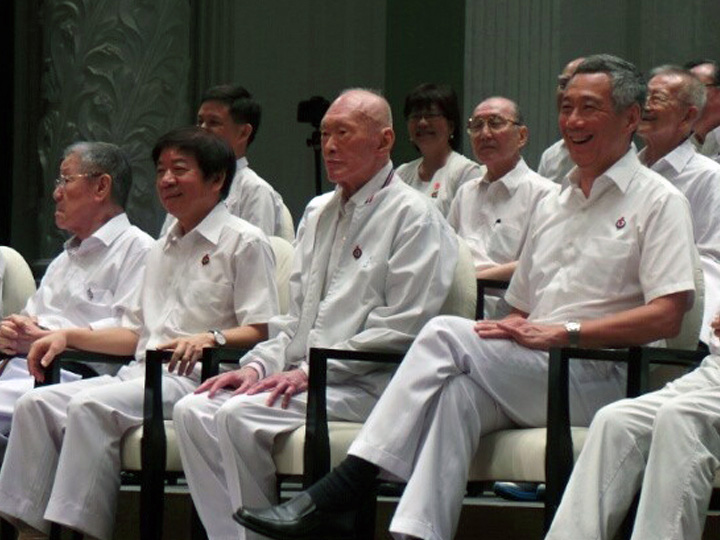 Not long after Mao’s death the Chinese Communist Party announced that he had been 70% right, 30% wrong. This official view has not changed despite the changes in China: from underachiever to wannabe great power, challenging US hegemony.

What does the PAP think about how right and wrong LKY had been? Going by the spin by the constructive, nation-building media, one assumes 100% right. LKY did no wrong. He even was a nice, compassionate human being. Btw, readers might like to be reminded that Aleksandr Solzhenitsyn, a prisooner in Stalin’s gulag camps, reported that prisoners cried when Stalin died: there was even genuine grief among those who suffered because of his actions^.

And the vigilantism against those with the “unright” views, shows the PAP IB stroking the genuine respect that many S’poreans feel for LKY. To be fair, some of the anti-PAP views on LKY are going too far. Even at the more reasonable end of the “unright” views, TOC and P(olitican) Ravi seem to want to make him one of the crowd that did great and good things for S’pore. Hello guys, he was the head of the PAP and PM of S’pore. Surely the leader deserves a bit more credit than his team, even if it was a team effort?

Given that a general election could be held soon and he will feature prominently (“Want to respect LKY? No need monuments. Vote PAP. All the elected seats is a fitting tribute.”), what do voters think how right and how wrong he had been is what matters.

This commentary was written by Atans1 and firs published on Thoughts of a Cynical Investor.
Send us your commentaries at mail@redwiretimes.com