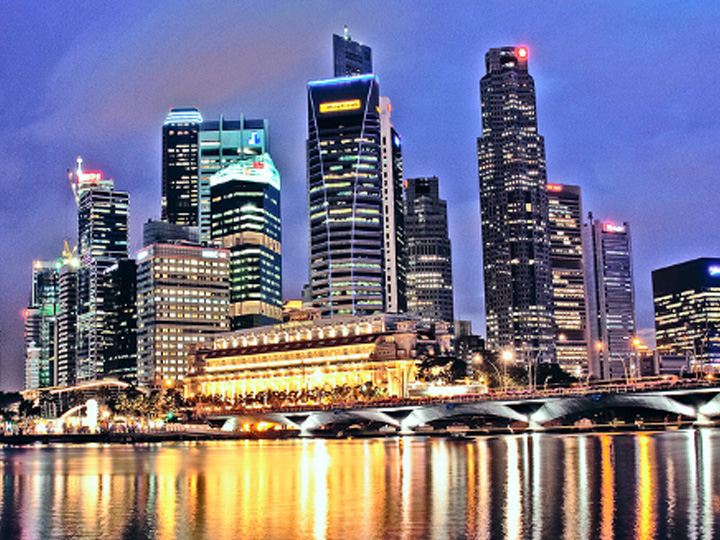 Either that, or they really loved skyscrapers.

CHRIS: Last week the MAS issued its macroeconomic review in which it stated that economic growth is expected to slow to 2.5% to 3% but labour productivity…. oops fell! Five years since the productivity drive began. A few days before, the Straits Times had this headline: “Foreign worker curbs could hit Singapore’s growth and competitiveness: IMF” to a round of “The #”&%ing IMF!” from netizens.

Easy, tigers, easy.  A gentle reminder it is the MSM doing the reporting.  Yes, the IMF in its recently concluded 2014 Consultation report did say the curbs were one of the causes of the economic slowdown but that comment was simply the review part. The ST made it appear the IMF was opposed to the curbs but the IMF was not. In its previous consultation in August 2012, the IMF had already highlighted the issue of the over-reliance on non-resident foreign workers.  However, there are two important assessments that went unreported by the MSM because they do not suit the Government’s agendaThe IMF expects growth continue to moderate in the next few years due to foreign labour curbs and higher wages but gradually recover as faster productivity growth to take hold.

The IMF, to use the exact words in its report, “saw merit in a modest fiscal stimulus in this year’s budget geared toward social and infrastructure spending in support of reforms to boost productivity, enhance health care and retirement benefits for the elderly and low-income households, and promote inclusiveness more generally.”

The writer is no fan of the IMF but it is not always the bogeyman. Here Singaporeans may even root for its assessments to pan out especially the bit about less foreign workers and higher wages. Certainly welcome is the increase in social spending to make lives better and ease the pain of restructuring which will unavoidably have negative outcomes for some of those Singaporeans employed by uncompetitive businesses.

Alas, the government may not wait “the next few years” because that 2-headed monster is beckoning: Growth Maximisation and ministers’ bonus. Stripped to its bare essential, Growth Maximisation create a lot of jobs, even if most are to due lower wages and mostly filled by foreign workers.  Lots of jobs meant the government avoid having to spend on work and income stabilisation programs that help Singaporeans in difficult times to transition, retrain and find better job matches without fear of significant income loss. The upshot is poor productivity and wastage of local PMEs misallocated into jobs such as security and taxi driving. Sensible social spending to help the economy falling victim to an outmoded ideology more suited to the 1970s than the 2000s. If the government is really serious about social cohesion and increasing productivity, it would not have been merely restricting foreign worker supply but reversing it. Singapore may even have to suffer negative GDP growth such is its addiction to cheap labour.

The brain may be ticking but the flesh is weak.  In cabinet meetings, the ministers deliberate policies, strategies and implementation. But in the back of their minds those million dollars bonuses are very much in the cost-benefit calculations of how much less to take home now for a future of better quality and more equitable economic growth for all. The PAP has a clear track record on this. Was it not in 2010 that PM Lee Hsien Loong endorsed the Economic Strategies Committee Report which warned against over reliance on cheap foreign labour and then failing to heed the IMF in 2012? Had not real estate prices reach such an astronomical price level before the government got serious on property curbs in 2013? Much less making the hard choices, the government do know which side of the bread the butter is spread.

To persist in reducing reliance on cheap labour, to improve wages and to make housing more affordable means prolonged slow growth and that means fewer million dollars for the cabinet. Will the government wait for productivity to catch up? Odds on the government backtrack to Growth Maximisation since it is only human to avail oneself of easy pickings.  As a young St Augustine famously said “Lord, grant me chastity and continence but no yet!”