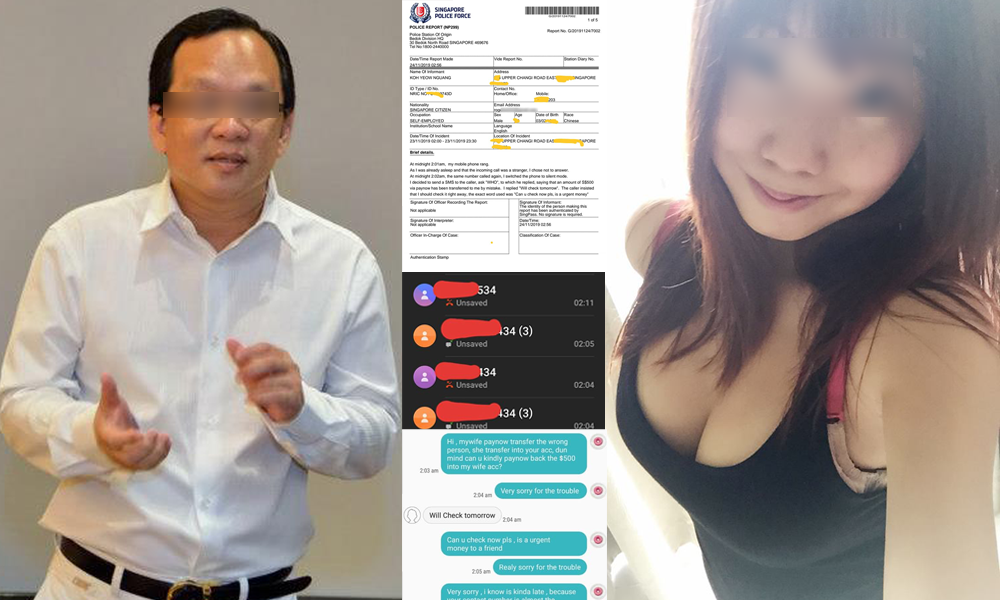 The way the PayNow bank transfer service works is a user transfers money to a person’s bank account by keying in the handphone number of the person who owns that bank account.

And one Ah Lian’s error during the course of using PayNow has exploded into a full-blown saga involving a the towkay who owns a chain of restaurants.

Geraldine Phoa wanted to wanted to transfer S$500 to a friend using PayNow.

In error, she transferred the S$500 to Roger Koh (Koh Yeow Nguang) – the restaurant towkay.

The incident took place Saturday (23 Nov) at around midnight.

Phoa then messaged Koh several times after realising she had made a mistake, and Koh said he would check later in the morning.

She and her husband also called called Koh several times at 2am, to the tune of 10 calls in the span of 10 minute before they were blocked by Koh. 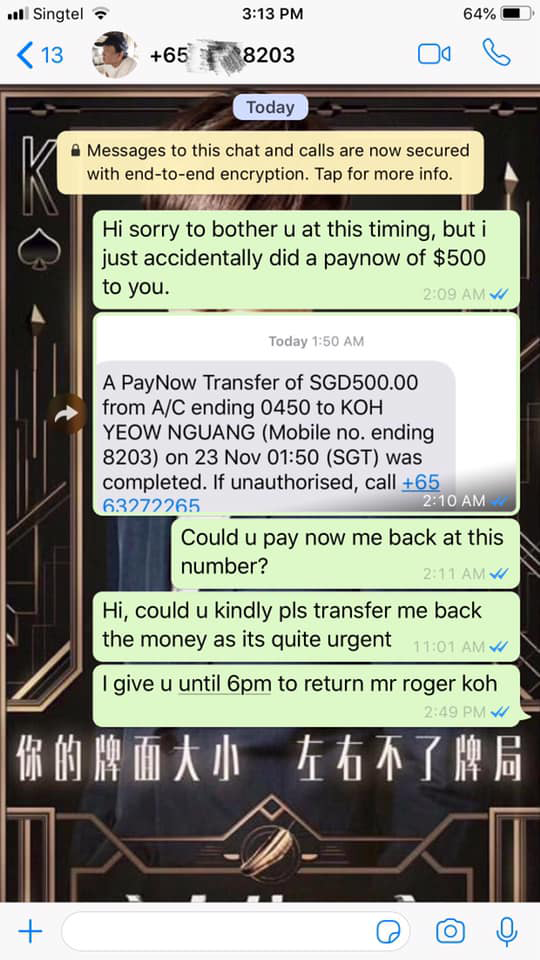 At the time, Koh says he was in Indonesia.

He claims he does not have a PayNow account, and blocked them because he thought they were scammers.

Koh also said that he had checked his bank accounts later in the day and the S$500 bank tranfer had not been logged among his 30-odd bank accounts.

He accused Phoa and her husband of causing a ruckus that same day at a Bak Kut Teh stall that he owns, and as a result the stall manager was so distressed he closed the shop early.

Both parties have lodged police reports regarding the incident. 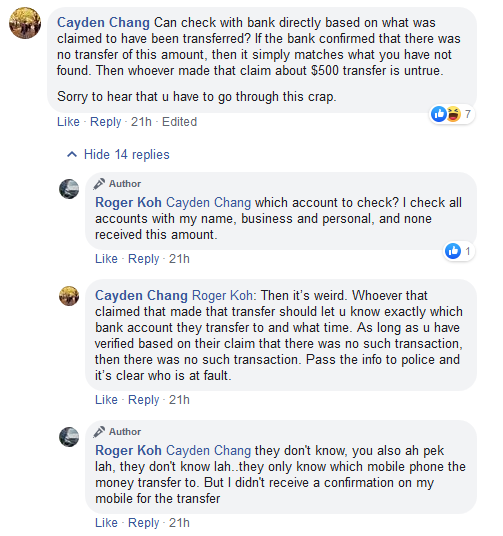 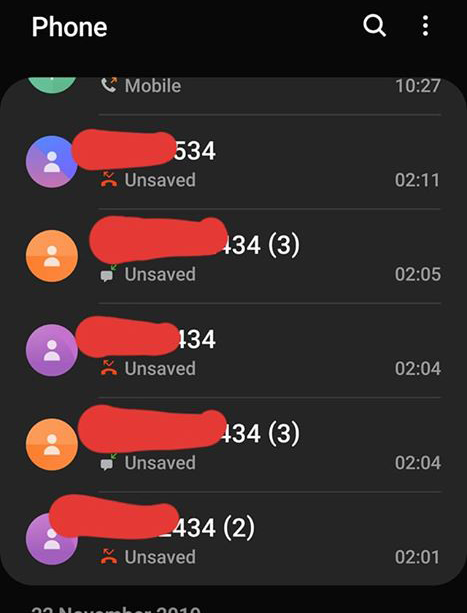 Netizens have flamed the Ah Lian and her husband for what they perceive as harassment and cyber-bullying.

These are the milder comments made on her Facebook page, with harsher ones going so far as to call her “胸大无脑” (big boobs but no brains). 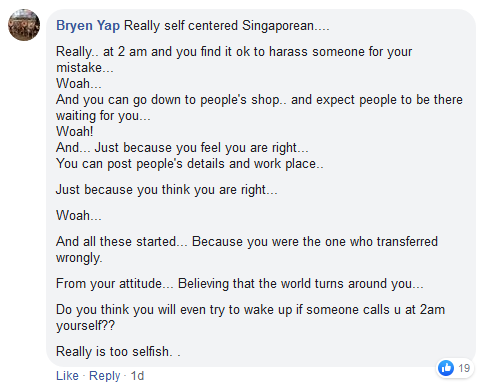 Knowingly keeping money that does not belong to you and intentionally refusing to return the money to its rightful owner is a crime termed as Dishonest Misappropriation of Property.

Intentionally harassing a person using threatening, abusive or insulting communication such that the person is made to feel distressed is also a crime under the Protection from Harassment Act.