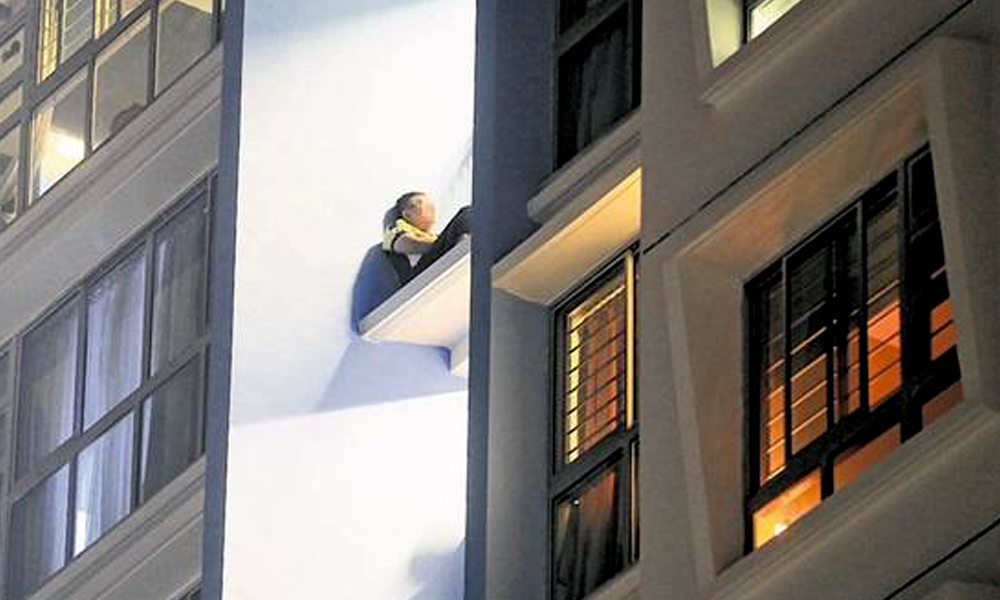 Just a few days ago, over the Chinese New Year holiday, he was drinking beer and chatting with his father back home in Johor Bahru.

But in a surprise move, this 20-year-old Singapore PR climbed onto the ledge of the 16th floor HDB flat in which he was staying, and almost ended his life over dating problems.

The incident took place at about 7.20pm yesterday at Block 613C Punggol Drive.

Police were seen cordoning off the area, while SCDF officers set up an airbag at the foot of the block and prepared officers on the rooftop for that crucial moment when they would rappel down and swoop the young man to safety.

The troubled young man’s parents, upon hearing the news, rushed down from JB to tend to their son.

The young man, during that time, seemed nonchalant, occasionally looking around and surveying his surroundings.

The ledge he was sitting on was narrow and it appeared that one wrong move would send him plunging 16 floors to his death.

Fortunately, by 9.40pm, he was persuaded to stop the nonsense and get off the ledge.

The young man, a Malaysian Chinese who holds Singapore PR status, had been living with a friend in when he suddenly turned suicidal.

He was subsequently detained by police and investigations are ongoing.