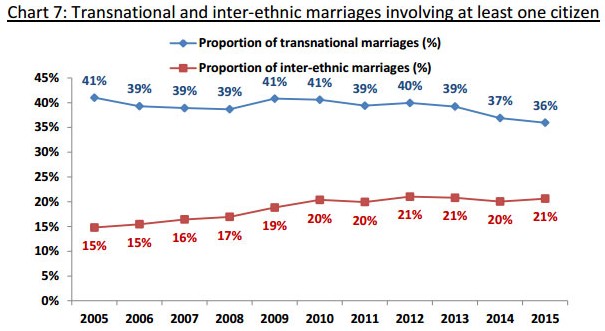 Ever year for the past decade, and average of 39 percent of Singaporeans marry foreigners.

That’s according to the latest data released by the National Population and Talent Division, quoting figures from the Department of Statistics. 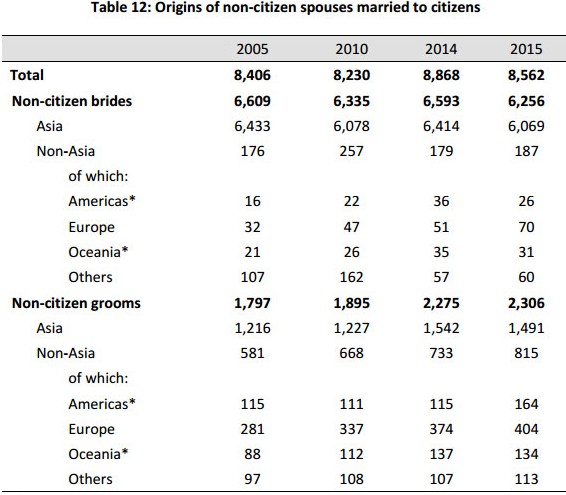 Most of those who married foreign spouses were Singaporean men.

In fact, they were 3 times more likely than Singaporean women to marry a foreign spouse.

But those thinking that our local men are snagging Russian hotties or exotic Icelanders, no lah, most of our guys marry foreigners of Asian descent. 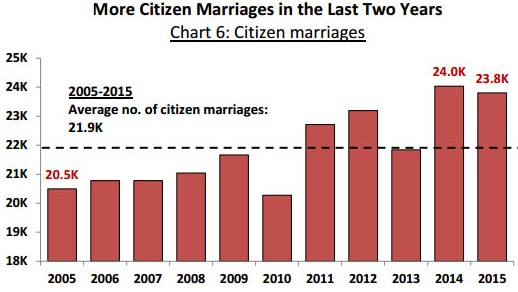 So don’t keeping knocking on foreigners who come to our shores lah – many might be the husband or wife of a friend.

And who knows, by SG100, we might even see a majority of Singapore households comprising one parent who is Singaporean and the other who’s a foreigner.