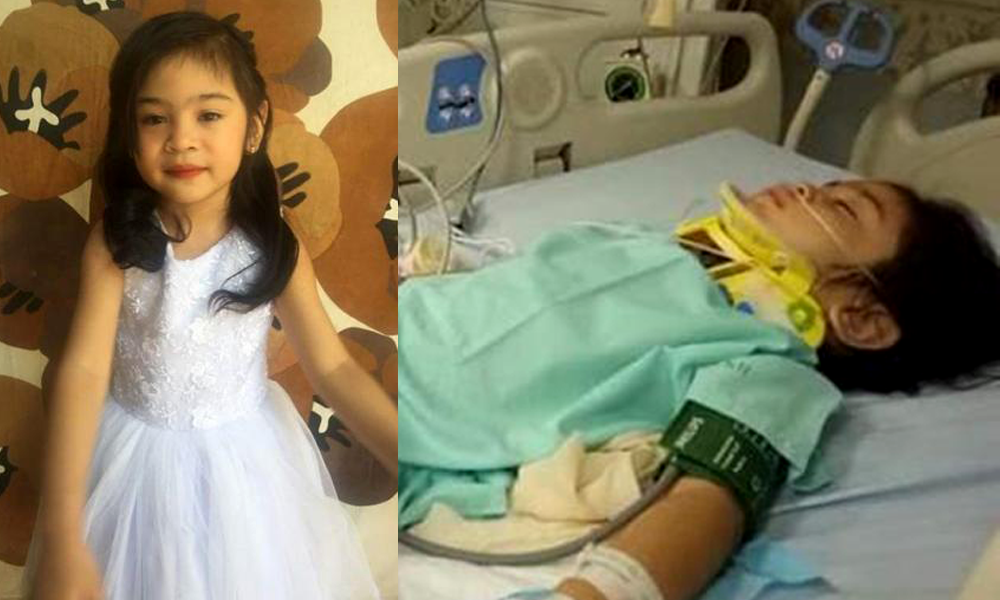 A 4-year-old girl who was left alone took a tumble of the window after she woke up and went around the house looking for her mother.

Sachi Santelic woke up at about 9.10pm and discovered she was alone.

She walked around the house looking for a mother, opened a window to see whether her mother was downstairs, then somehow fell out the window.

A passer-by stumbled upon the young Filipino girl on the pavement and called the SCDF.

Sachi was sent to Changi General hospital and was found to have suffered injuries to her back and arm, and internal bleeding.

Speaking to the media, Sachi’s mother said that Sachi was at home with her grandmother that night.

Her grandmother had gone downstairs to buy food when Sachi woke up.

When grandma returned home, she couldn’t find Sachi and sensed that something was amiss.

She peered out the open window and saw a crowd of people and police, then spotted her grand-daughter lying injured on the ground.

Fortunately, Sachi is out of danger and has been transferred to KK Women’s and Children’s Hospital for further treatment.

Much to the relief of her mother:

“Thank God for giving her another chance to live!”