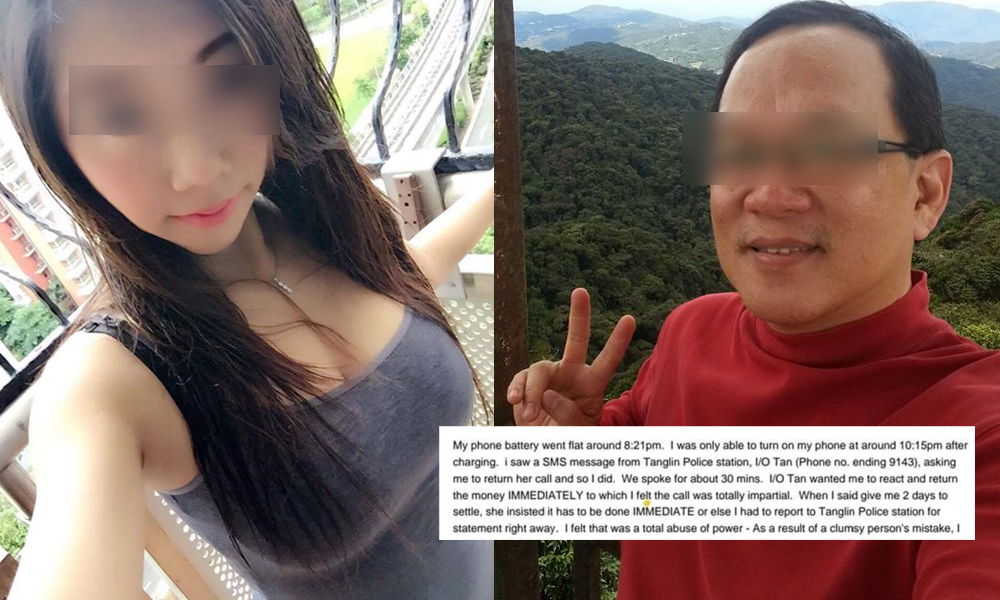 And now, irate netizens are questioning the practises of an alleged investigating officer from the Singapore Police Force, and even whether said IO even exists.

In a police report lodged by restaurant towkay Roger Koh, he stated that he received a message from a person who identified herself as “IO Tan” from Tanglin Police Division, requesting that he call her on the phone.

Koh said that during the half-hour call, “IO Tan” asked him to “react and return the money immediately”.

Koh felt aggrieved by this and alleges that “IO Tan” was abusing her power.

Phoa and her husband lodged a police report after they were blocked.

Questions have been raised over the handling of the dispute by “IO Tan”.

“No investigations and straight away ask him to pay? What if it’s really a scam? Did the police even check that he had received the money?”

Some claim that a mischievous person had impersonated a police officer to badger Koh into transferring S$500 to Phoa.

“Police force where got so fast one? Small case also can drag long long. Must be someone acting as the investigator and call him to disturb him.”

Police are investigating the case after the lodging of reports by Phoa and Koh. 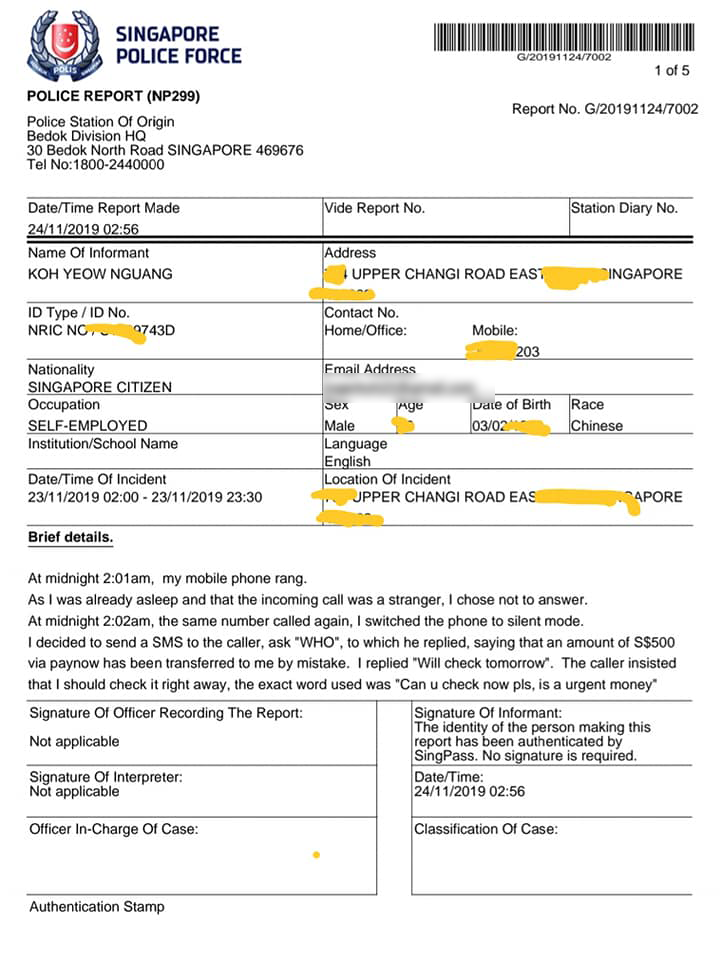 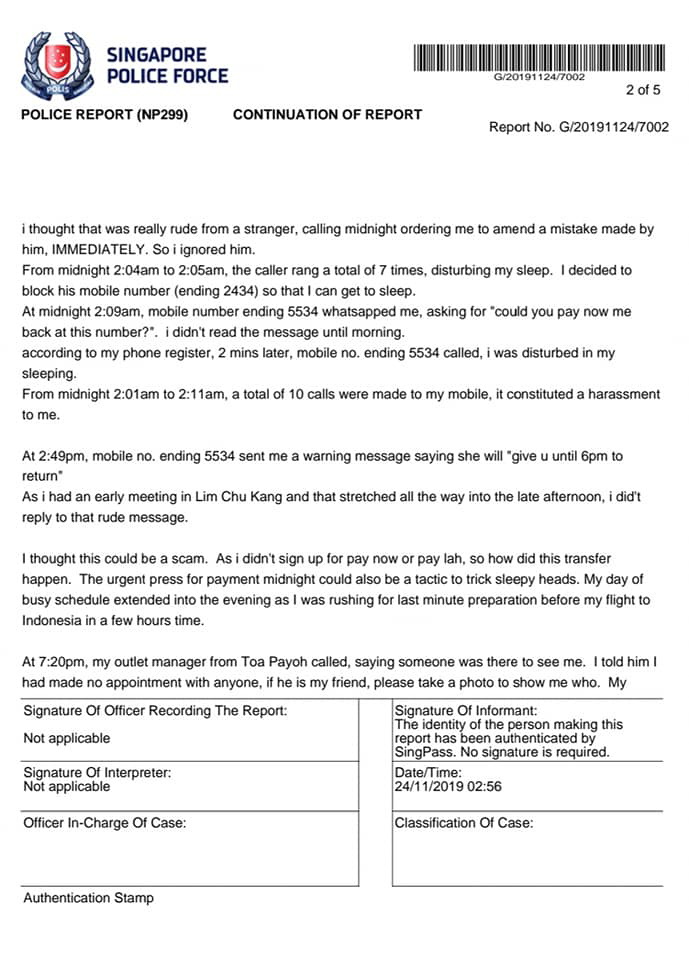 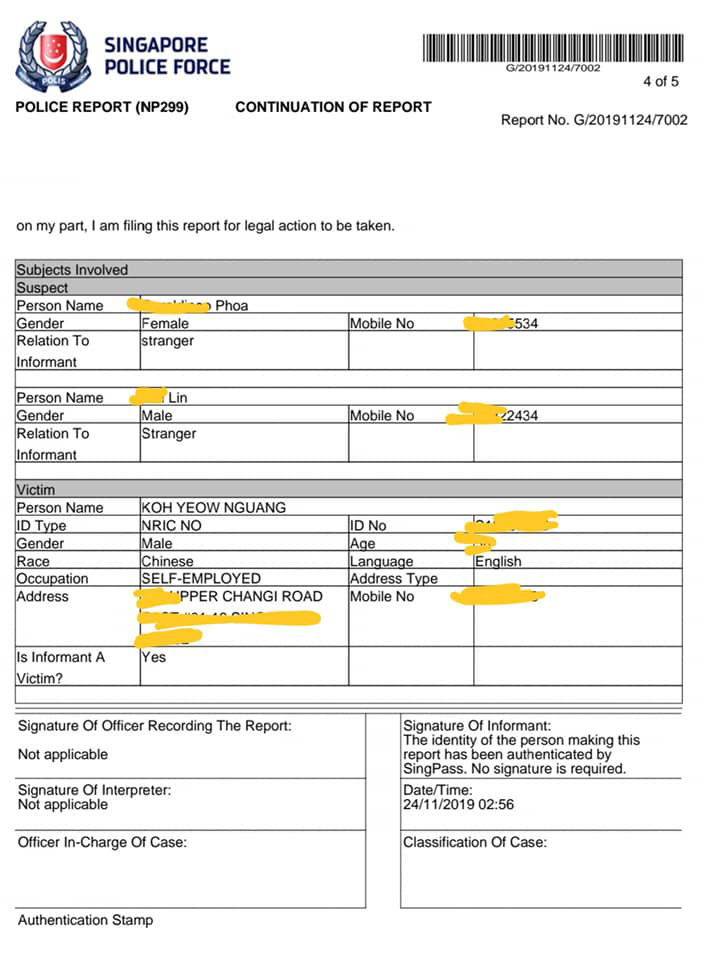