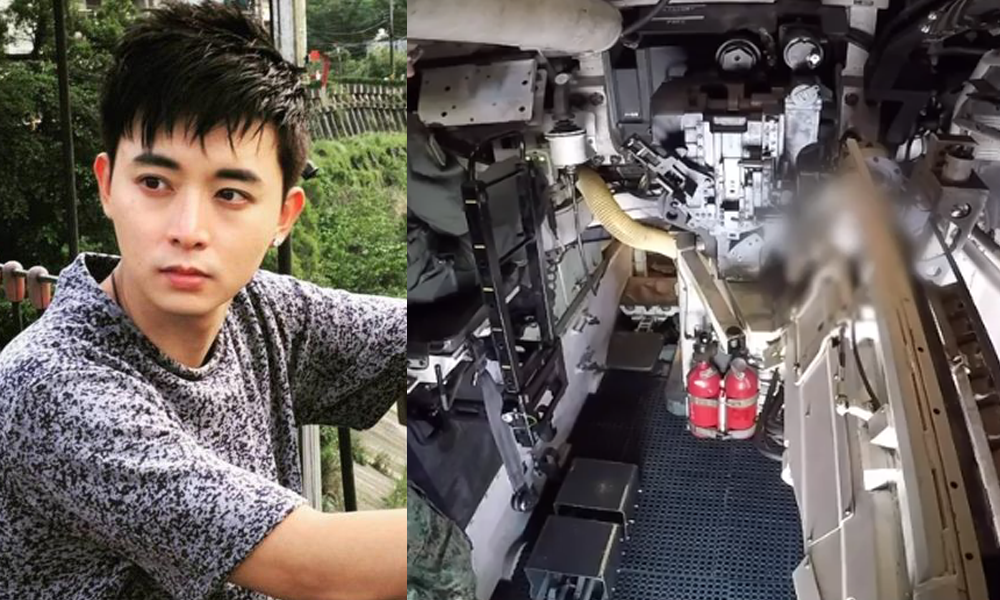 3SG Wah, a detachment commander, failed to ensure that Pang was not in the travel path of the flick rammer of the Singapore Self-Propelled Howitzer before giving the order to lower the barrel of the gun.

This resulted in the flick rammer pinning Pang against the centre slew ring of the Howitzer, thereby causing his death.

3SG Wah also failed to activate the emergency stop button that would have stopped the flick rammer.

ME2 Teo had also loosened the outer cover of a box in the Howitzer when its barrel was not in a parked position, which ran against the protocol stated in the maintenance manual.

The 28-year-old actor was involved in an SAF training exercise in New Zealand.

While performing maintenance work on the Howitzer, he was crushed between the gun barrel and cabin.

The SAF’s Special Investigation Branch investigated his death and produced findings which led to the military prosecution of the two servicemen.

A Committee of Inquiry convened after the incident found that ME2 Teo did not ensure that Pang moved to a safe position despite knowing that the barrel would be lowered while 3SG Wah moved the barrel despite noticing that Pang was not in a safe position.