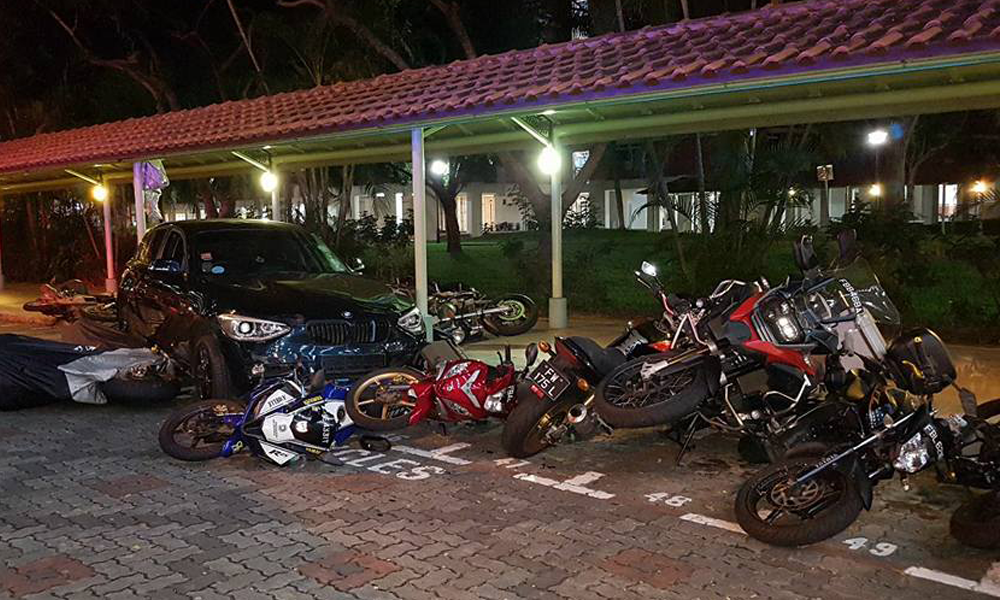 A 44-year-old BMW driver who smashed into a row of motorcycles then tried to flee the scene has been arrested on suspicion of drink-driving.

The BMW driver had reportedly gave a friend a lift home, and when driving off crashed his car into the row of motorcycles, causing 10 of them to topple. 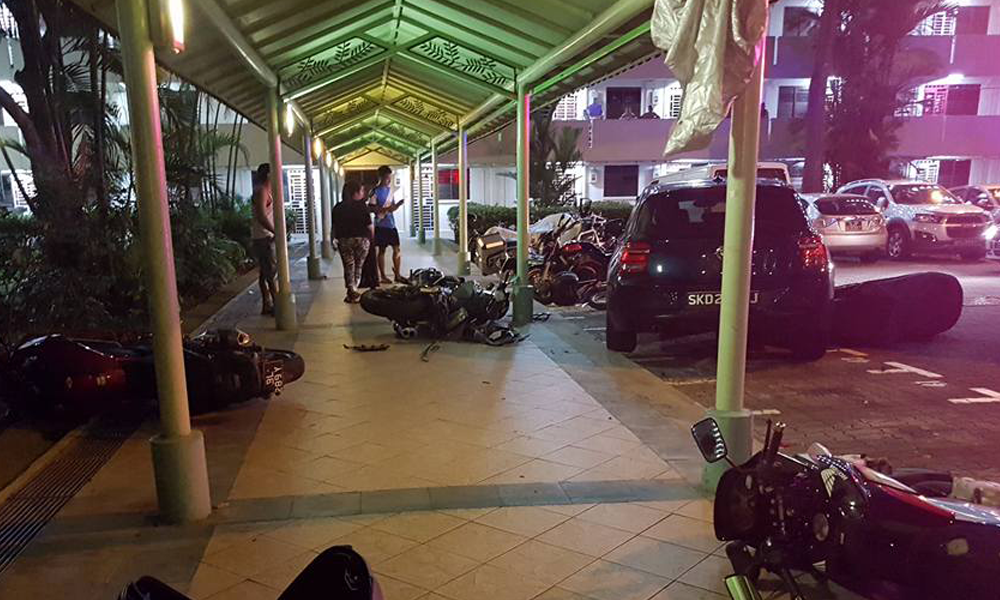 The incident took place this morning at about 2.20am at the open-air carpark near Block 103 Toa Payoh Lorong 1.

Three affected motorcyclist leaped in front of the BMW as it tried to drive off.

Fortunately for them, a motorcycle was still trapped under the BMW, stopping it in its tracks.

Police were called in and the BMW driver was arrested. 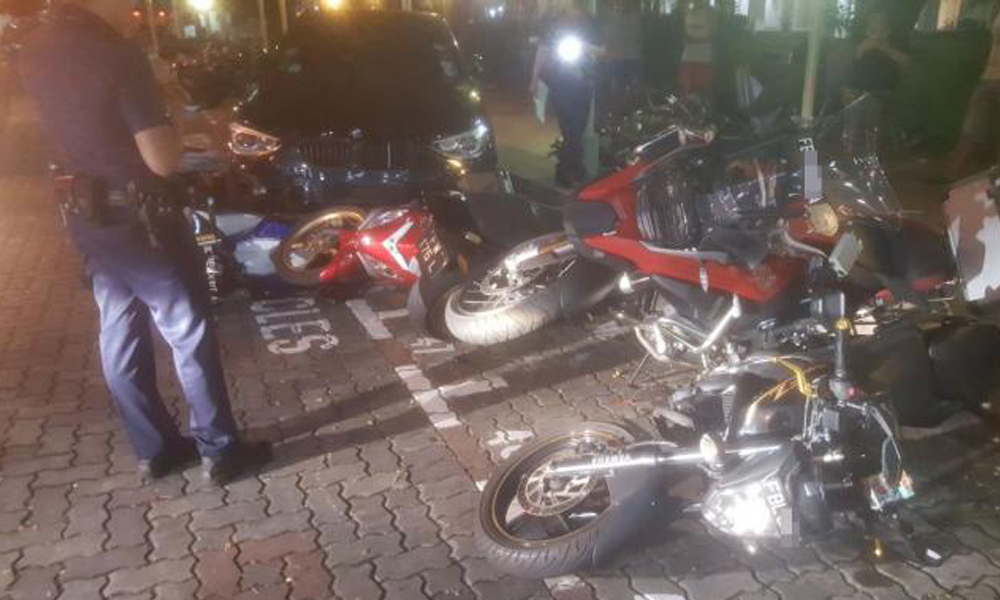 The motorcycle that was trapped under the BMW belong to Toa Payoh resident Muhammad Saiful.

He reported that the driver told him “I had a few glasses of champagne” when probed as to how the crash happened.