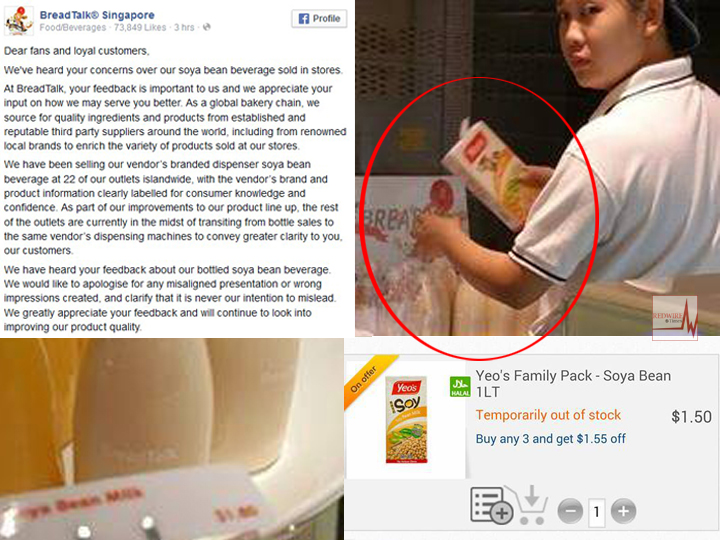 BreadTalk has stopped selling the soya bean milk drink which has been making headlines recently.

Netizens stormed BreadTalk’s Facebook page, demanding answers and accusing the company of misleading consumers into believing that they were buying “freshly made” soya bean milk. 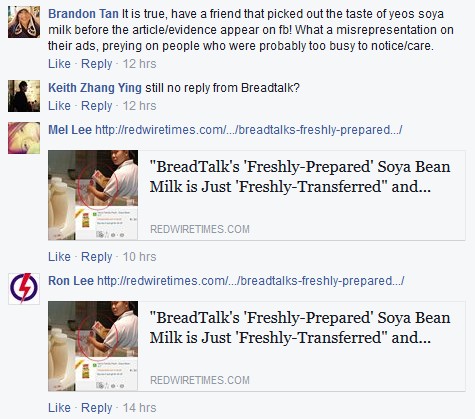 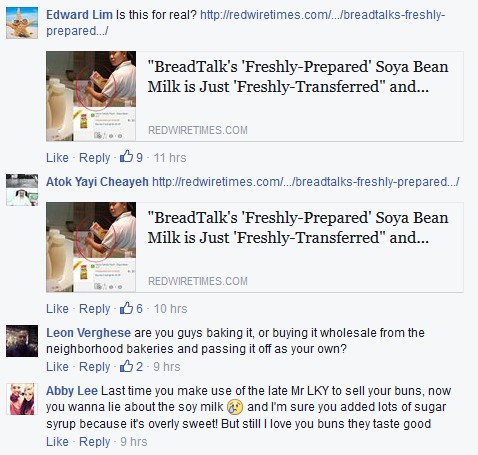 BreadTalk has admitted that the drink was from a Yeo’s packet, and that it buys the drink from Yeo’s in bulk.

The company then repackages it into plain plastic bottles, which it then sells as BreadTalk soya bean milk across its 47 stores in Singapore.

It has apologised to consumers for the wrong impression created and stated that it never meant to mislead consumers. 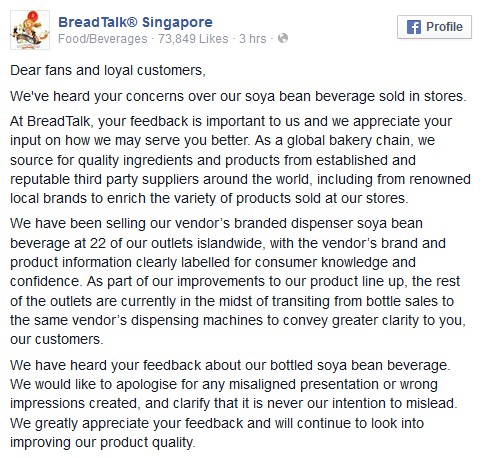 BreadTalk explained that the company had used spare bottles with “freshly-prepared” labels to package the soya bean milk.

The company said that the bottles were previously used to package fruit juice.