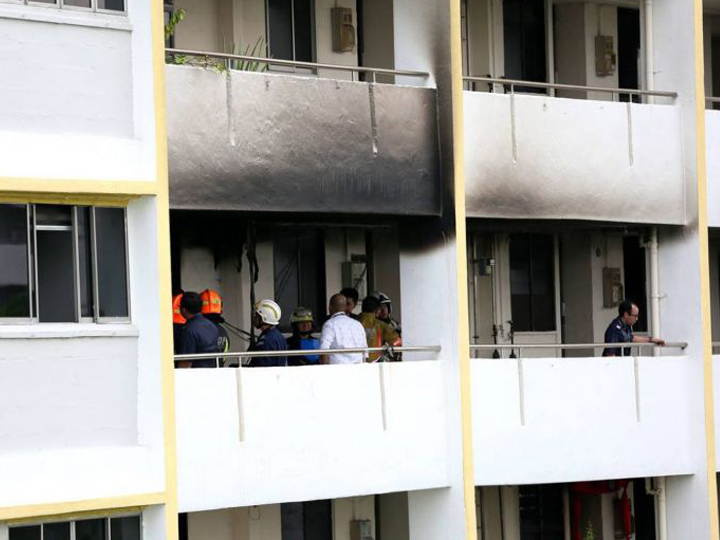 SCDF officers responding to a case of fire at an Aljunied HDB flat unit got a shock when they broke open a locked bedroom and discovered a burnt body.

The incident took place today at about 2pm.

SCDF officers forcibly entered the flat at Block 99 Aljunied Crescent after being alerted to a case of fire and managed to extinguish the blaze.

Officers noticed that the door to one of the bedrooms was locked and broke into the room.

That’s when they discovered the burnt body.

Police officers also arrived on scene after receiving a call for assistance.

Said the SPF in a statement:

“The body of a man was found lying motionless at a unit of the said block and was pronounced dead by paramedics at the scene,” said the police spokesman.

Police have classified the case as one of unnatural death and are conducting investigations, while SCDF is tracing the cause of the fire.