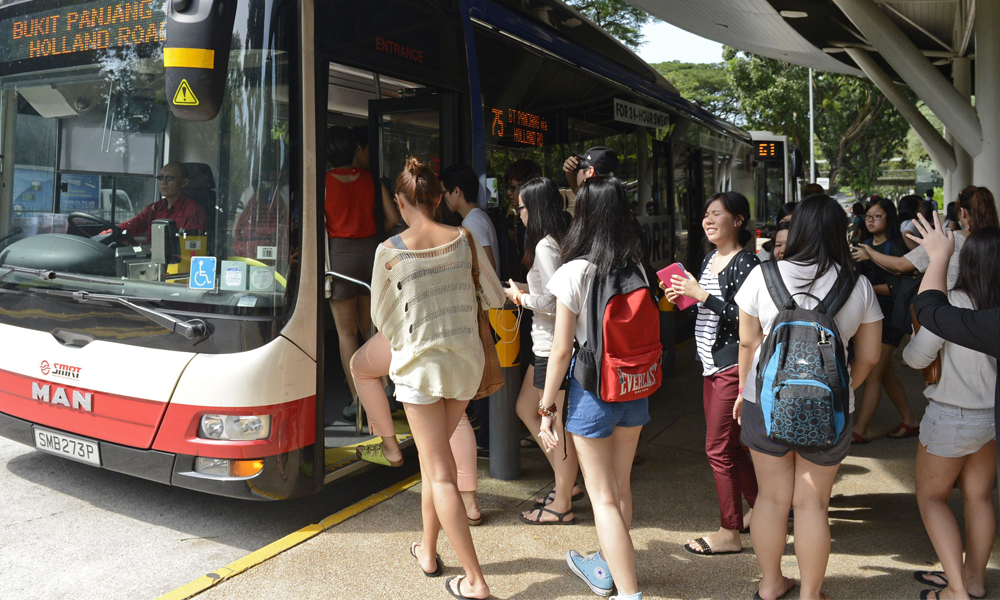 Bus and trains fares will rise by an overall 4.3 percent from 29 Dec this year.

That, according to the Public Transport Council, is the maximum allowable amount of increase going by the new review formula.

Adults will have to pay 6 cents more for card fares, while single-trip train fare and adult cash bus fare will rise by 10 cents.

Students and senior citizens will pay up to 1 cent more in card fares.

There will be no changes to the cash fares for students and senior citizens, or prices of monthly concession passes. 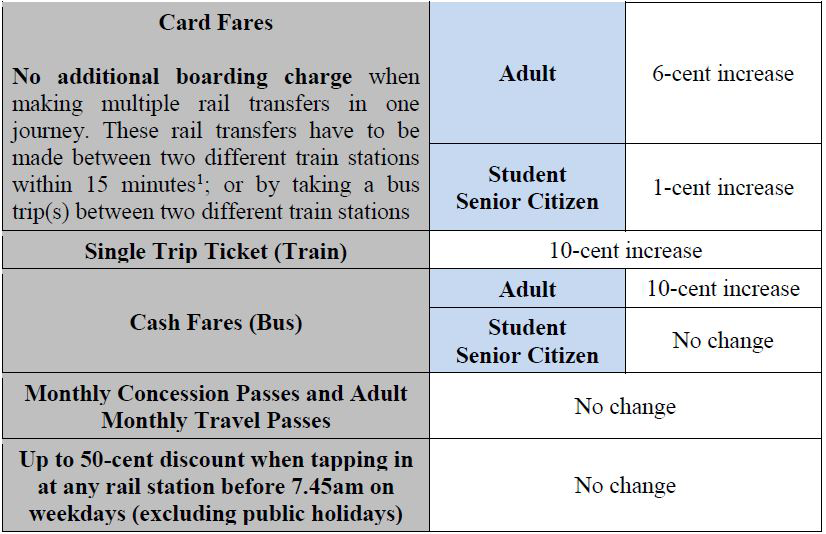 Among the reasons for the PTC’s recommendation are the 26.2 percent rebound in energy prices, and ridership not keeping up with capacity growth under the new “network capacity” factor.

The PTC said that the fare hike was “necessary in a rising cost environment”, and noted that SMRT Rail and SBS Transit are facing “significant operating losses”.

“These cost pressures have also been faced by other cities which have had to raise fares to keep pace with the operating cost increases.”

The Ministry of Transport has accepted the PTC’s recommendations.

He noted that commuters earned 10 percent more in wages in the past 3 years, yet fares have gone down by 8.3 per cent in three consecutive fare review exercises before this year’s fare review.