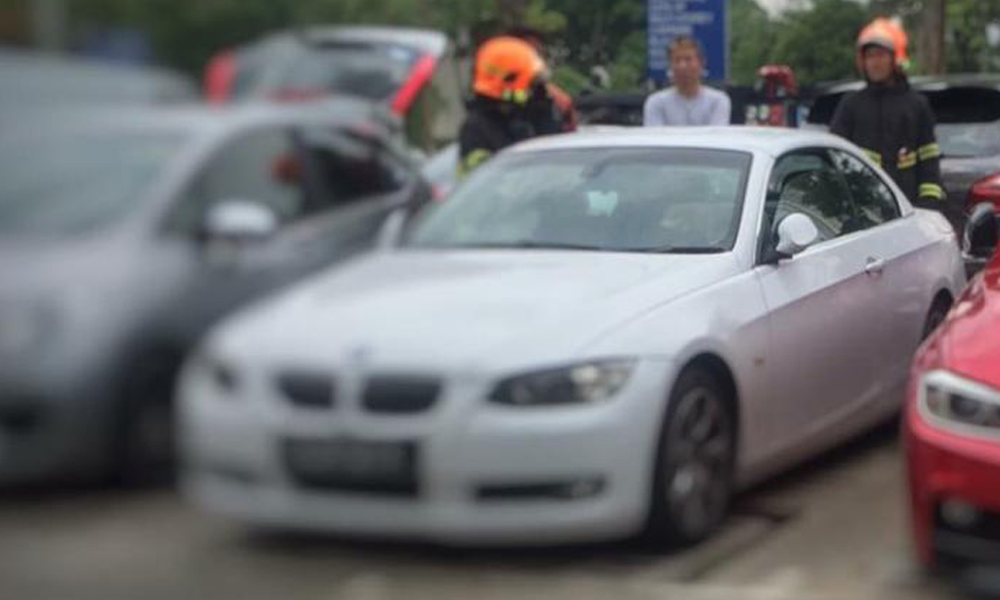 A couple in their 30s who reportedly went to test drive a new car discovered to their horror that their 3-month-old infant had been left locked inside their car for 20 minutes.

The incident took place yesterday at about 11.50am (which is really close to the mid-day Singapore heat), at the carpark near Holland Village Market and Food Centre.

Reports say the couple’s maid brought the infant to the car and put her in the back seat, then put the car keys in a pouch on the front seat.

The maid then reportedly left the front passenger side door of the car open, but accidentally knocked against the door, causing it to shut and the car auto-lock function to kick in.

A stallholder who witnessed the incident said she heard a woman crying for help at the carpark, saying her baby was trapped in the car

The child’s father frantically sought help, and managed to find a hammer and use it to break a rear window of the car and scoop the infant out.

The infant was unhurt.

Be careful with your kids, dad and mom (and maid), because leaving them in a locked car for prolonged periods when the weather is hot could kill them.