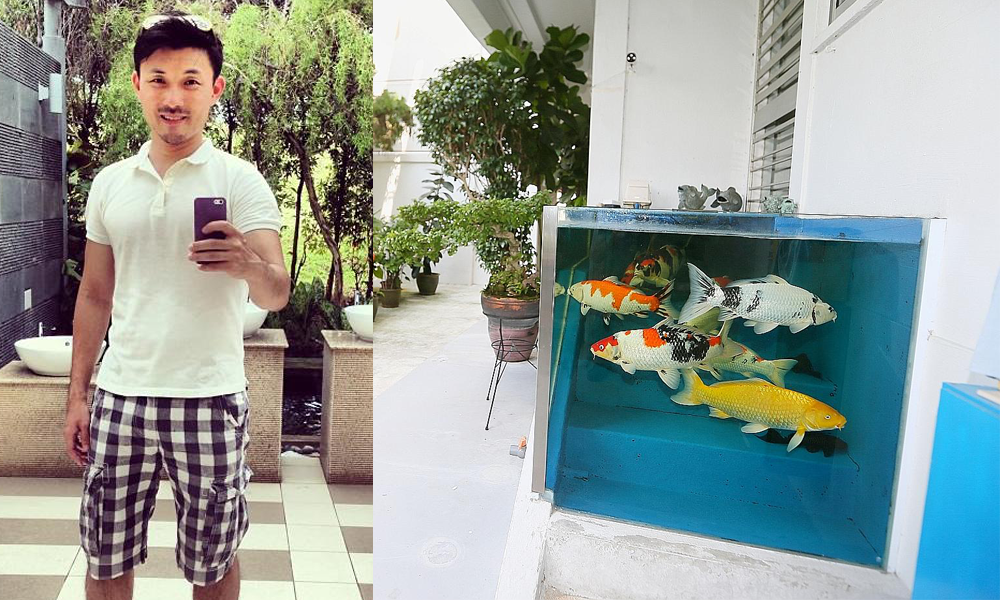 The HDB has ordered a Tampines flat-dweller to remove the glass fish tank installed on his doorstep, much to the embarrassment of Tampines GRC MP and Town Council vice-chairman Baey Yam Keng.

The tank, which was installed over 3 years ago, was erected by the Tampines St 41 resident to house his koi carp.

The resident, an elderly resident in his 50s, owns the first-floor apartment unit and the unit next to it, and so came up with the creative idea to convert the doorstep of one of the units into a fish tank.

No complaints were received about the tank, but it was discovered after a picture extolling the ingenuity of the tank was shared online.

The HDB required the resident to apply for a permit for the tank, and when quizzed last August about the possibility that the tank would be allowed to remain, vice-chairman Baey said:

“The signs seem good, but we still need to understand the structure of the tank. There could be a concern about the waterproofing and maintenance, but it has been there three years and it’s been okay.”

Baey added that what helps the case is that the community has been accepting and that the tank is not obstructive even though it is located in a public space.

He said that the “creative tank” was likely to be allowed, as it was found to be structurally safe.

That appeared to be a simple case of giving the resident false hope.

In the latest bombshell dropped by the HDB today, the tank was ordered to be removed as its position along the common corridor could “potentially lead to injuries or fatalities”.

“For instance, the koi tank is made of glass and can shatter on impact. As it is also not enclosed at the top, unsupervised children may climb or fall into the tank.”

The HDB added that electrical sockets and cables connected to the tank are exposed to weather elements, posing further safety concerns.

False hope aside, Baey has been criticised for not noticing the fish tank even though it has in place for the past 3 years.

The public has questioned whether the town council vice-chairman and MP for the area has really been going on walkabouts throughout this time, and if so, how did he miss such a huge tank erected in plain sight along the ground-floor corridor of a HDB block.

Naturally, the questioning has extended to how the tank also escaped the attention of Tampines Town Council chairman, Cheng Li Hui.