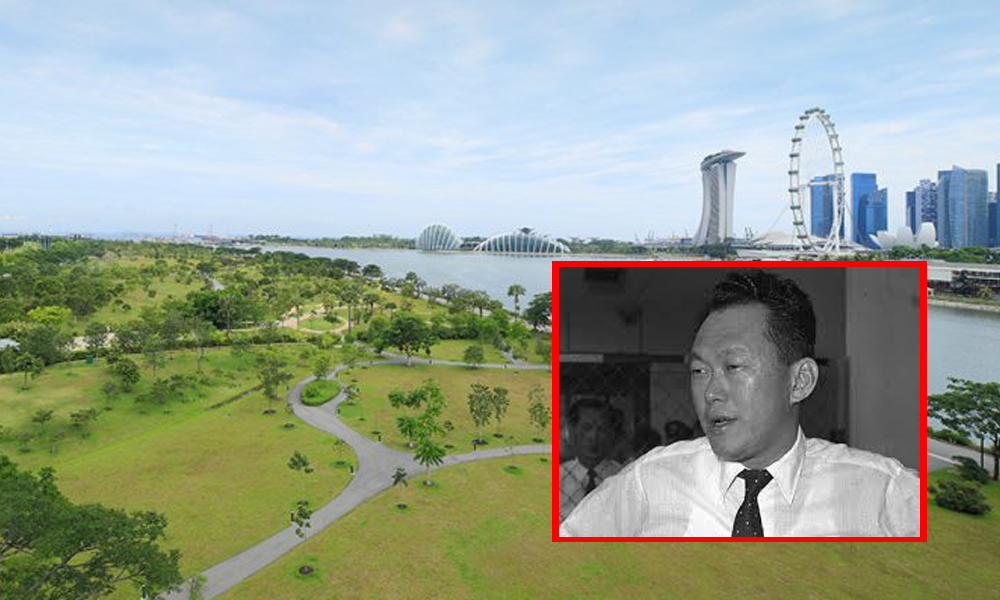 Plans for the Founders’ Memorial, which was explored 3 months after the death of Singapore’s first prime minister Lee Kuan Yew, have entered into its design phase.

The Founders’Memorial Committee, which was formed in June 2015, announced today that the memorial will be located at a 5ha site in Bay East Garden in the Marina Bay area.

The memorial, according to the committee, is meant to honour the pioneer leaders of Singapore.

Commenting on the building of the memorial, chairman of the committee Mr Lee Tzu Yang said:

“I think Mr Lee Kuan Yew would have wanted that.”

A month after his death, his son Prime Minister Lee Hsien Loong said in parliament (13 April) that the late Lee did not care for monuments and preferred that his ideals live on rather than a personality cult.

“Mr Lee made it very clear throughout his life that he did not need and did not want any monument… Mr Lee was very careful never to allow a personality cult to grow around him, much less to encourage one himself.”

Oddly enough, the government commissioned a committee to explore the development of the memorial, in June 2015.

The committee says that the memorial is not meant to highlight personalities and people, but to capture the values and ideals that have made Singapore what it is today, and will carry it into the future.

Construction of the memorial will start from 2021.

The committee had previously indicated that the memorial could open by 2025, in time for Singapore’s 60th year of independence.

However, it has today refused to commit to an estimated date for the opening of the memorial, and declined to go into details of the cost of the memorial.