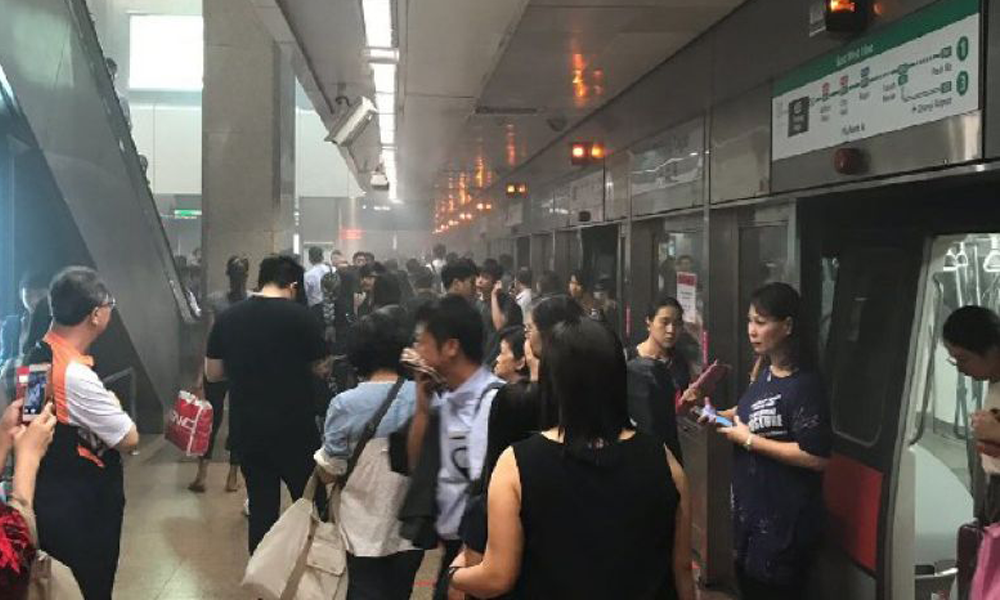 Smoke from beneath a train caused a scare at Tanjong Pagr MRT Station this morning.

At about 9.45am, the train pulled into the station and white smoke was detected coming from beneath it while it was stationary at the station platform.

Passengers were told to get off the train and board the next one for their safety.

Investigations by SMRT showed that the smoke was due to a freon gas leak from the air-conditioning compressor.

The compressor had become overheated after oil leaked, resulting in a release of freon gas into the platform area.

In May 2017, a similar freon gas leak on a train caused smoke to engulf the platform of Raffles Place MRT station.

Speaking in parliament in October last year, Tranport Minister Khaw Boon Wan reported 23 instances of such leaks over the past decade.