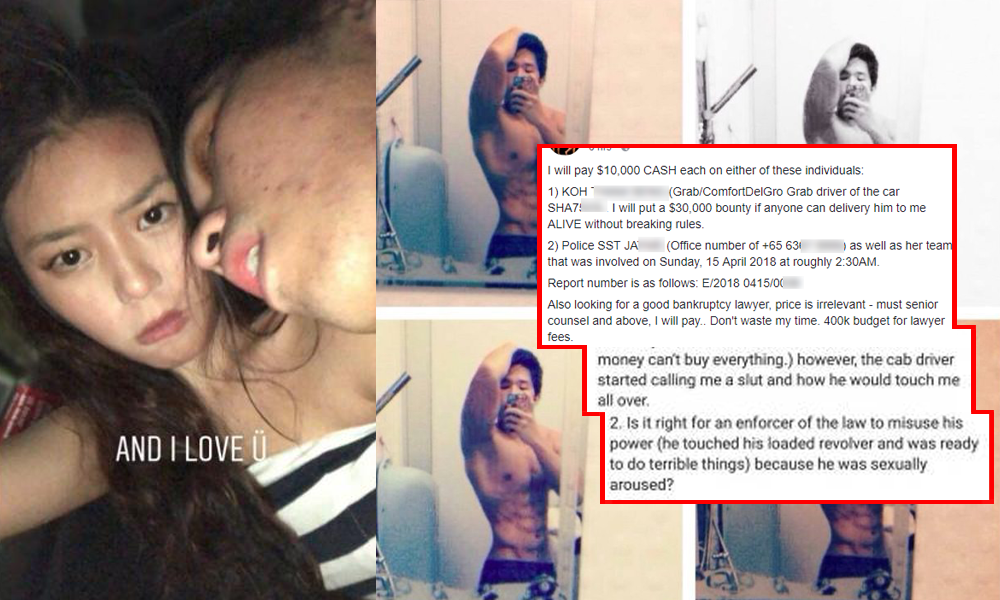 S$10,000 to bring a taxi driver and policeman to this angry boyfriend alive – good deal?

Because that’s what this angry boyfriend Eng Wei Jie is offering to anyone who can deliver them (though it seems the bounty for the taxi uncle has gone up to S$30,000).

The reason – Angry Boyfriend Eng wants to hunt them down and take out a S$400,000 lawsuit against them so that “both their careers will be gone”.

And all this, because the taxi driver allegedly made sexual comments about his girlfriend who was asleep in the taxi, and the cop and his team disrespected him.

The incident took place in the wee hours of Sunday morning (15 Apr). 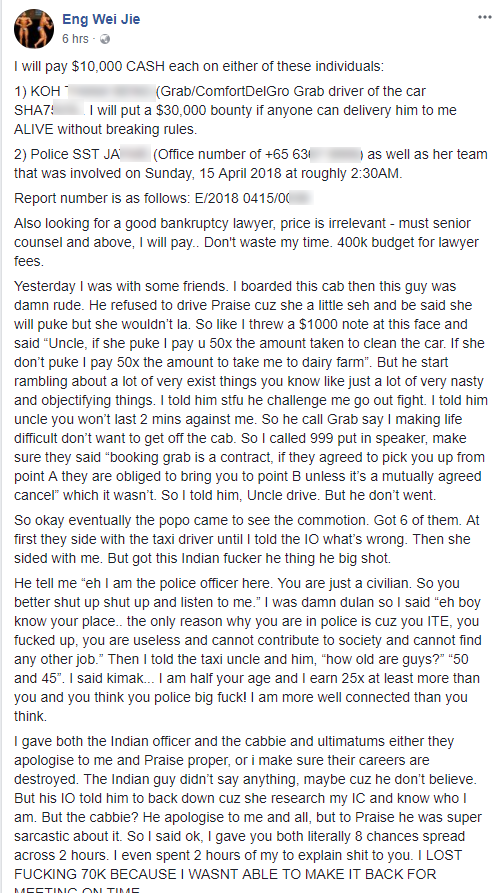 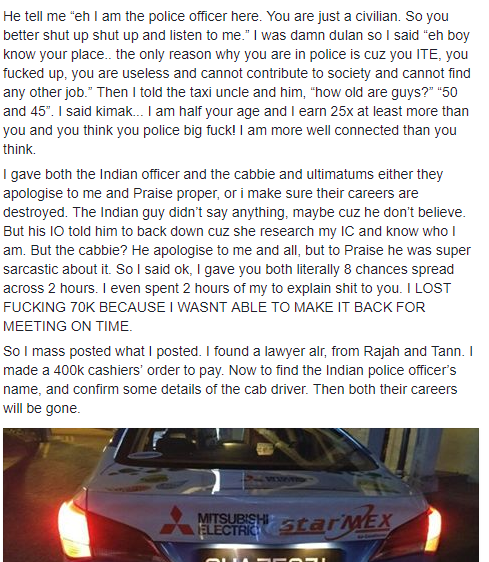 Angry Boyfriend Eng’s girlfriend, PraiseyDaisy, accused the taxi driver of calling her a slut and describing how he would “touch her all over” (wasn’t she supposed to have been asleep?)

She added that the policeman made similar remarks, and “touched his loaded revolver and was ready to do terrible things” because he was aroused.

PraiseyDaisey said that while she “used to sleep around”, she doesn’t deserve to be sexually harassed in such ways. 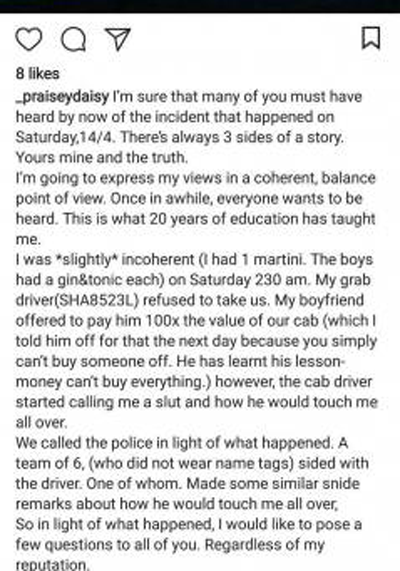 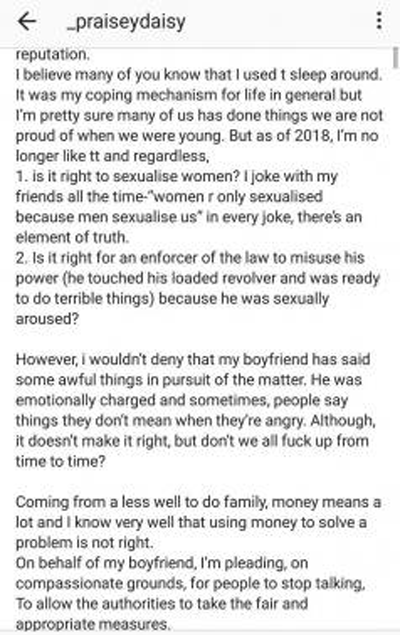 Angry Boyfriend Eng was initially indignant at the flak he received online after netizens picked up on his post. 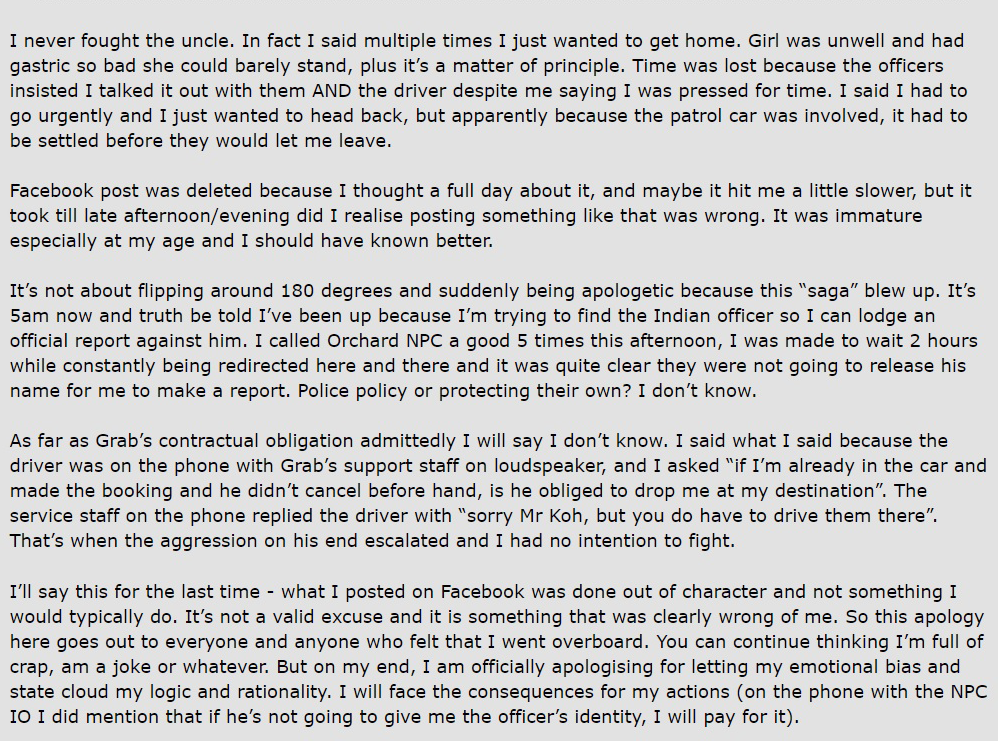 It seems, however, that Angry Boyfriend Eng has seen the error of his ways.

On local forum Hardwarezone, he apologised for his actions, saying that he acted the way he did in a fit of anger. 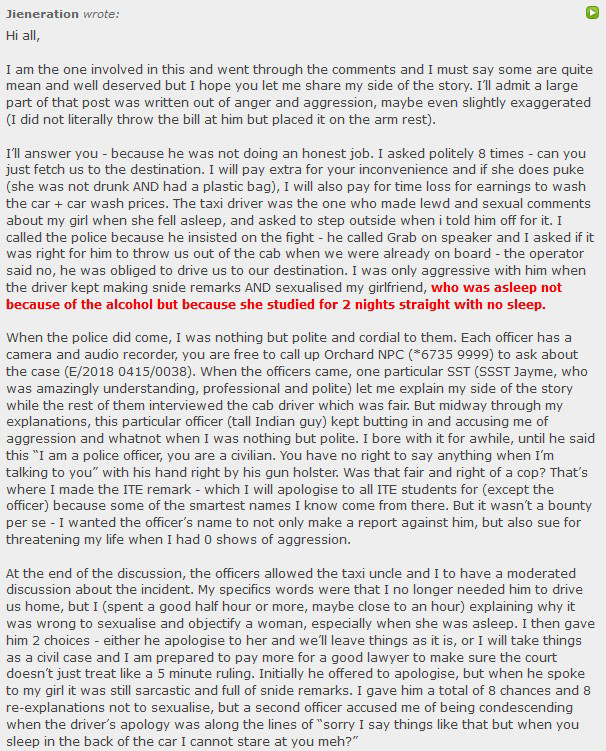 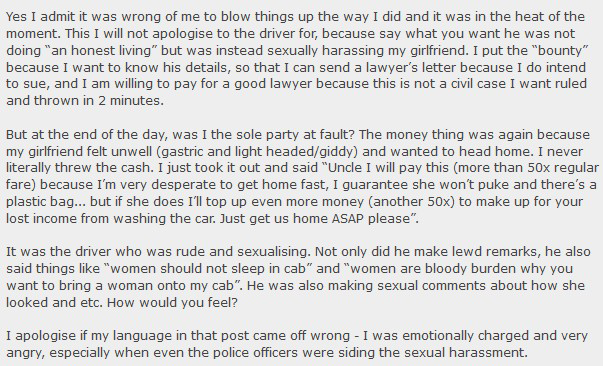 He also apparently hand-wrote an apology letter to the policeman and taxi driver, and said he intends to apologise to them in person. 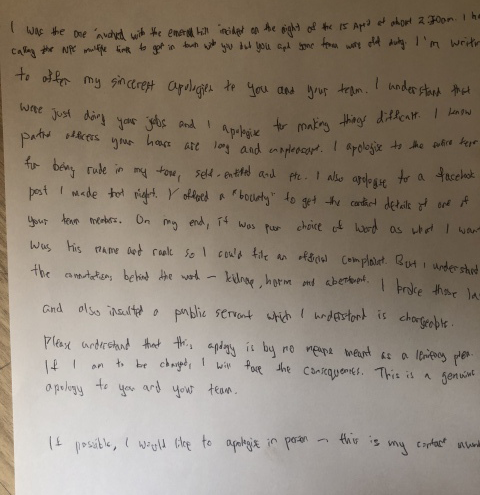 We hope that this isn’t a ploy by Angry Boyfriend Eng to lure the policeman and taxi driver out so he can hunt them down and kick their asses (though it would be a rather good ploy!)