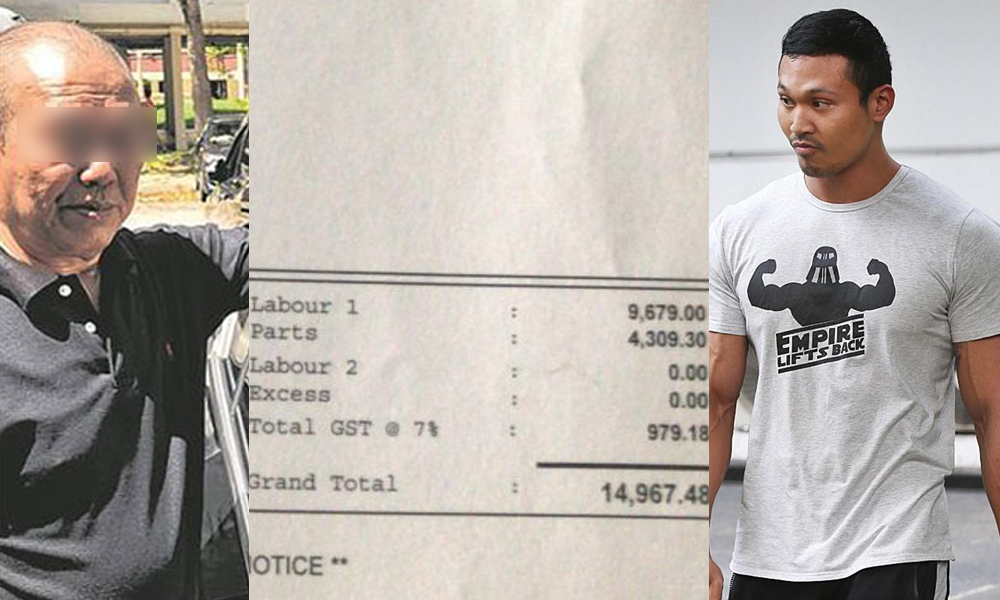 He has since been arrested and charged in court for committing a rash act.

And, to add to his woes, the PHV driver is seeking close to S$15,000 in damages to his vehicle.

Apparently, the 72-year-old PHV driver sent his car to a service centre, which quoted him S$14, 967.48 for the cost of repairing the car. 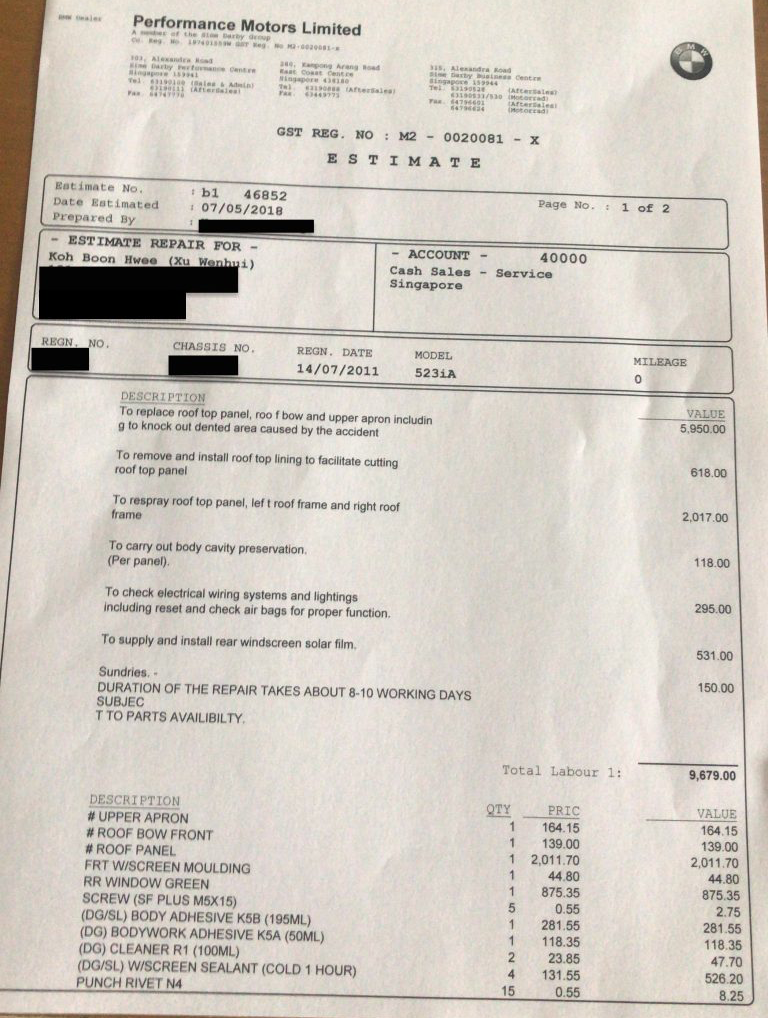 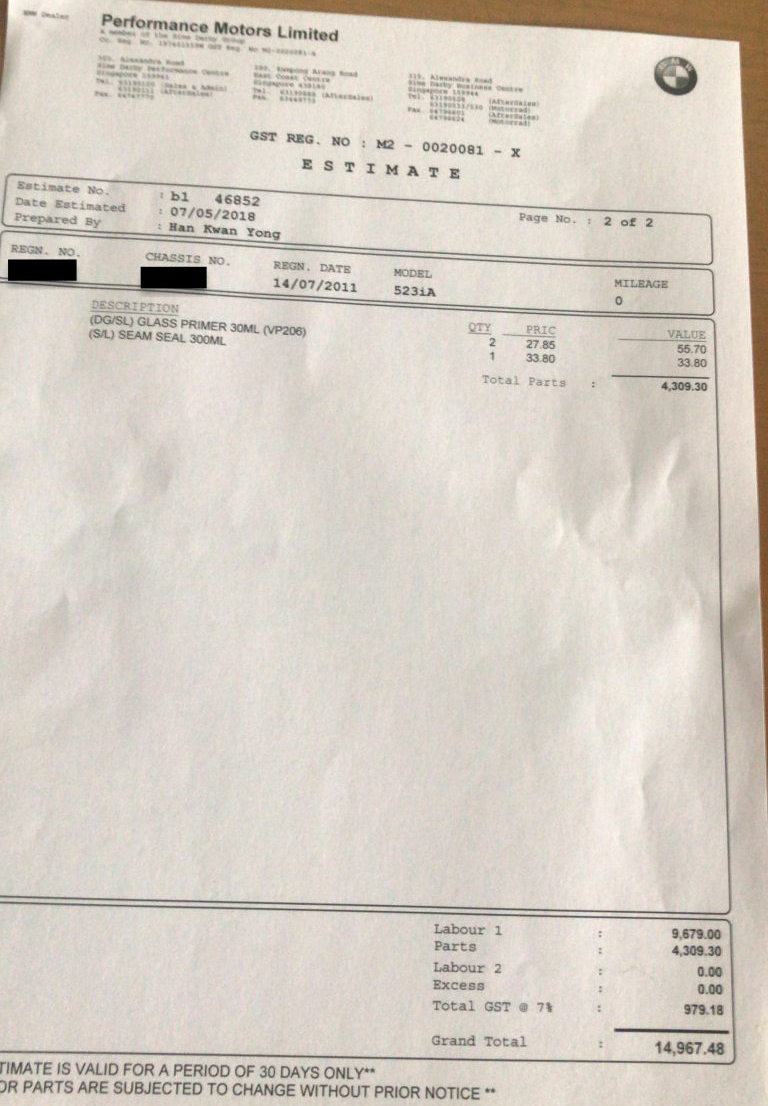 A copy of the bill was published on local online news agency, Mothership.

Among the most costly repair items:

-To replace the roof top panel, roof bow and upper apron including to knock out dented area caused by accident — S$5,950

And, to make sure that the cost of every single damn thing is itemised and covered:

The PHV driver, Mr Koh, is currently in negotiations with Young Punk Chee.