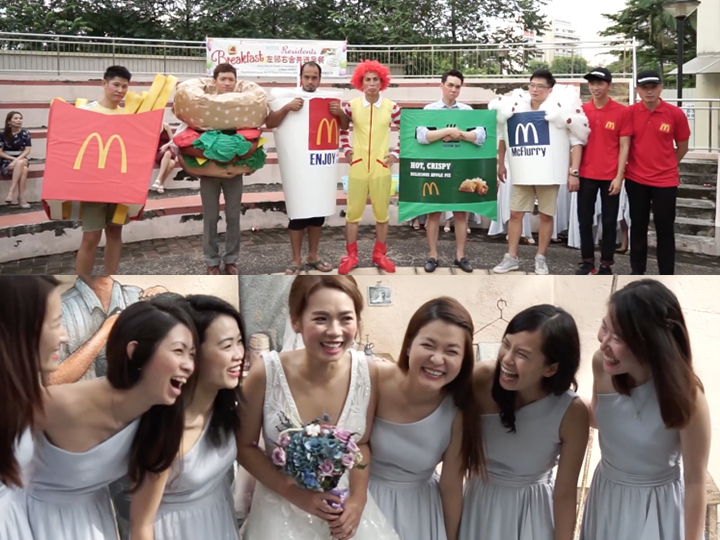 Forget the suckling pig and si dian jin, this husband-to-be decided to perform his wedding gate-crashing decked out in what his wife hated most – MacDonald’s.

He even got his very sporting “brothers” to play their part.

“My wife hates fast food. If she wants to marry me, she has to accept this.”

So from carpark to bride’s house, the brothers came in all sorts of McD garb.

No prizes for guessing who Chen came as. 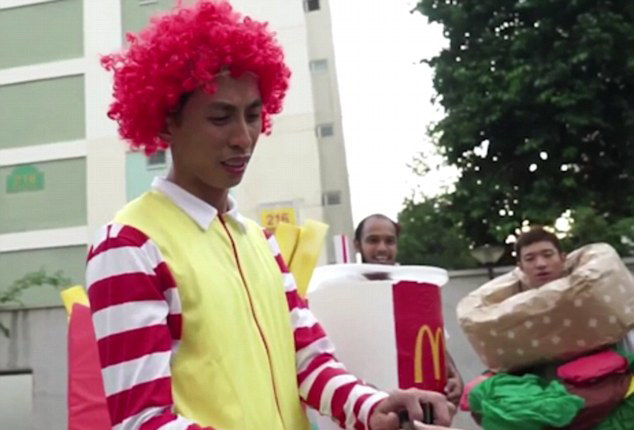 Chen loves fast food and eats at MacDonald’s once a week while his wife, Joanna, absolutely detests that sort of makan.

Still, he wasn’t left stranded at the altar despite the cheesy stunt.

Heng ah, he could have totally pucked things up if he went as Colonel Sanders.