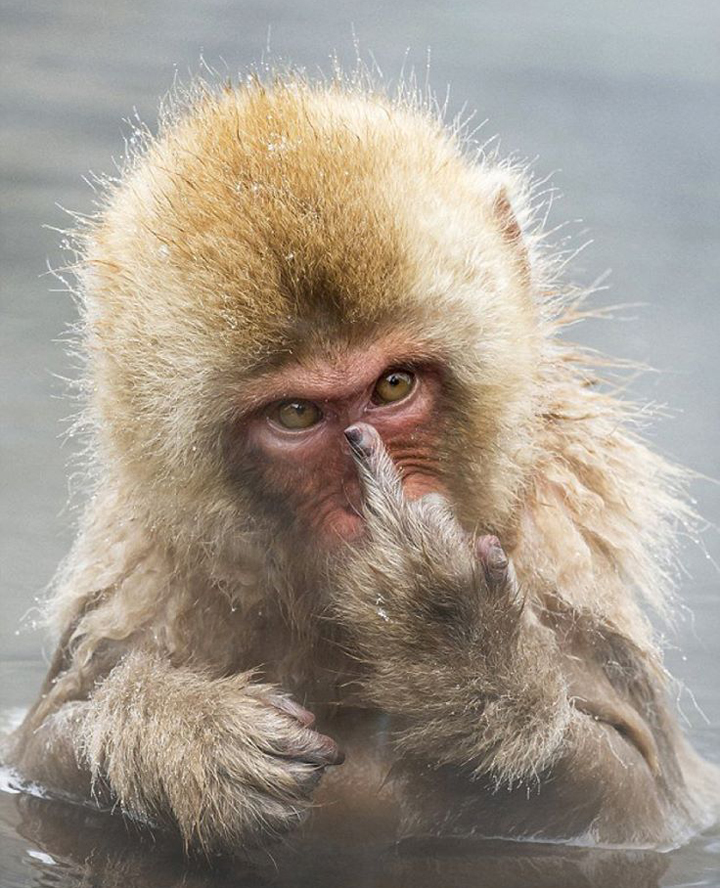 It was a right shocker to see that picture of a monkey go up on Ho Ching’s Facebook page, amidst the raging allegations by that her sister-in-law that her husband was trying to build a dynasty and pressurising the press.

But the wife of PM Lee Hsien Loong has said she’s sorry that the “monkey finger” image was posted, calling the sharing of the photo a mistake made while she was trying her hand at Twitter.

Many believed she was doing what every wife ought to do, which is “stand by your man” when he comes under attack (or when he’s being labelled a “dishonourable son”).

But Ms Ho or Mrs Lee, said she had been playing around with Twitter.

She wrote on Facebook: “Peace, folks, and embarrassed apologies from this Twitter newbie. Had been playing around with Twitter yesterday, trying out different buttons, seeing what can or cannot be done.

“Discovered Twitter reposts pictures without captions, and unfortunately one of the pictures could be misunderstood on its own. Took down as soon as a friend alerted me.”

Alamak, for a moment we thought she was really sticking it to Lee Wei Ling for her vitriol spewed in this leaked email exchange with Straits Times editor Ivan Fernandez.

“There are enough troubles in the world. Far from adding oil to fires, I would prefer we try to solve and resolve problems, among friends, within families and between neighbours.”

The public spat between Lee Wei Ling and SPH over censorship issues had spilt over yesterday into a Lee Wei Ling vs Lee Hsien Loong scrap.

Coming a year after the death of the father, Lee Kuan Yew, the family feud has made international headlines.

PM Lee has denied all of his sister’s allegations.