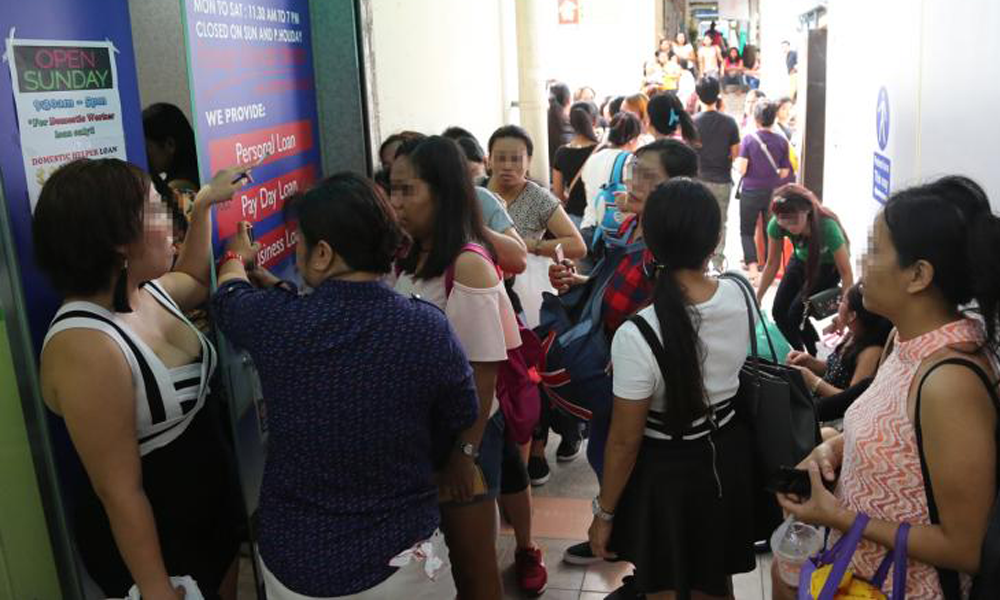 Hundreds of maids have been queuing up to borrow money at a moneylending outlet at Block 135 Jurong Gateway Road.

Last Sunday alone (6 May), more than a hundred maids were seen lining up, causing much displeasure to other nearby shop owners who complained of them blocking the entrances to their shops.

The moneylender firm reportedly started a promotion targeting maids last month, offering them loans of up to S$1000 at low interest rates.

Some maids reportedly were borrowing money to send home to their families, while others appeared to be influence by their peers rather than borrowing the cash out of necessity.

The trend of maids borrowing money in droves has apparently been on the up.

In December last year, shop owners at Fu Lu Shou Complex in the Victoria Street vicinity also complained of a horde of maids lining up to borrow money from a moneylending outlet there.

Last week, a maid was outed by her employer for using her home address to borrow money from 5 moneylenders.