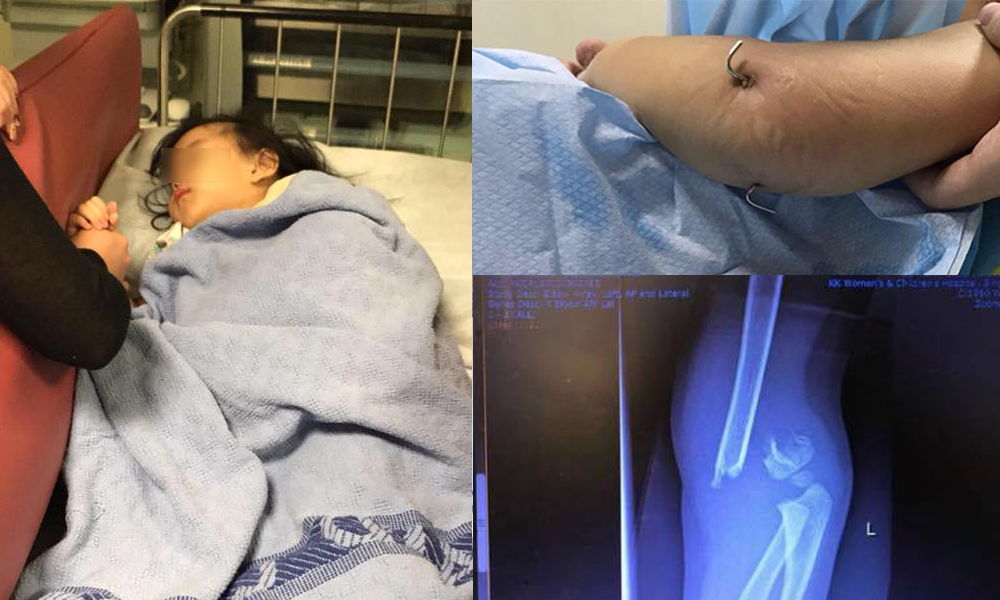 A 3-year-old infant broke her arm while riding down a slide at pop-up theme park Artzoo, and her mom is furious at what she claims were inadequate measures put in place for safety and first aid.

She also claims that while Artzoo organisers offered to lend assistance, she has since received no compensation from them.

Joanna Shen said she brought her daughter to Artzoo last month as a treat.

There, she let her daughter go on a ride despite some initial reservations.

“I was trying to look for any height restrictions at that time likewise with all other Theme Parks that placed that at all the different rides that is deemed to be only safe for children above 1.2m. But there was none at Artzoo. There was one staff in green t-shirt (looking much like a 16-year-old student hired during his school term break) at the entrance to the slide. The only thing he told me while I was carrying my daughter was “Have fun!”. No other questions were asked.”

Shen said she was told at the top of the slide by a staff that she had to slide down separately from her daughter.

“I let my Daughter go down the slide first. Halfway through, she tumbled and landed on her back and started to cry. I immediately rolled myself down the slide, carried her up and walked away as she was wailing uncontrollably saying, “Pain pain… no more slide… no more slide…” I checked for injuries and to my horror, I felt her limp left arm dangling from the flesh from the upper arm!”

Shen said that there was no medic available when the incident occurred.

“I was brought to a rest station and handed 2 packs of melted ice packs to put on my daughter’s arm! One of the staff said he had called a GRAB to send us to Singapore General Hospital, the nearest hospital he mentioned.”

Shen’s daughter underwent surgery to fix her broken arm, and was warded thereafter. 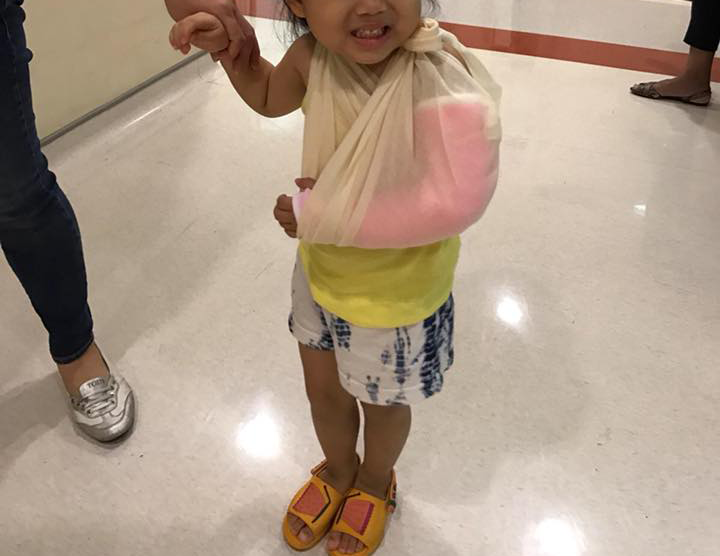 Shen said that an Artzoo staff called to apologise and offer compensation, but couldn’t be reached after that.

“During the entire ordeal at the hospital, a staff claiming he is a manager for Artzoo called and mentioned to me to keep my hospital bills and that they will settle it with their insurers but that was the last I heard from them about paying for my hospital bills. He texted to visit on the 3rd day of the hospitalisation and which I replied that my girl might be discharged from hospital and that preferably he comes in the morning and no reply from him. No visit was made as well.”

Shen is angry at the way Artzoo has handled the matter, and believes that more should be done to enhance safety of children at the event.

“Clearly, they did not feel responsible for the accident that happened in their premises.”