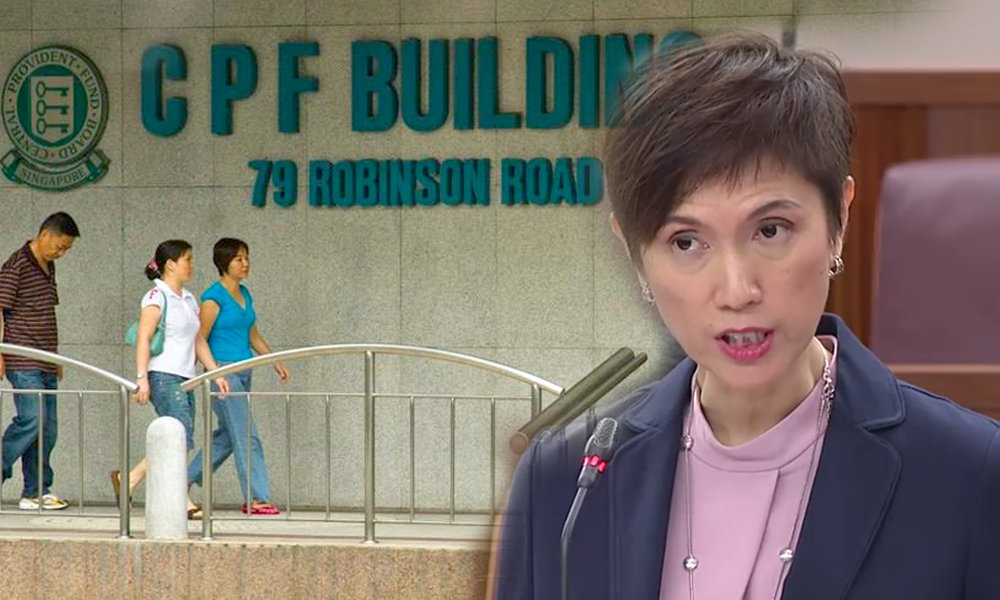 Speaking in parliament yesterday, Manpower Minister Josephine Teo revealed that 60 percent of CPF members did not activate their payouts upon hitting the eligibility age.

Ms Teo said that even upon reaching the age of 70, half did not activate their payouts.

In the past, she said, some kept their savings in their CPF accounts until they died.

Ms Teo was responding to questions by MPs Lim Biow Chuan and Png Eng Huat regarding automatic activation of payouts for CPF members once they hit the eligibility age of 65 years old.

Mr Lim had expressed concern that the number of members who did not activate their payouts by 70 is not small, and asked if the payouts could start automatically at 65.

Under the current system, CPF members are sent a letter informing them to activate their payouts, otherwise the payouts will only be automatically released to them at the age of 70 years old.

One such letter caused much public uproar recently, and led to confusion that CPF had raised the eligibility age to start receiving payouts from 65 to 70.

The CPF Board has since clarified that members can request to activate their payouts anytime between the age of 65 and 70.

Despite the confusion caused, Ms Teo said that rules regarding automatic activation of payouts should not change.

She said that it has been a “longstanding instruction” that payouts start when members instruct the CPF Board, and that a change in this rule would require adjustment by members.

“Every time there is a change, it takes a long while for people to get used to it.”

She added that “if we keep to this consistent line, there is less risk of further confusing”.

Ms Teo said that all members reaching their eligibility payout age can attend a CPF Retirement Planning Service, which is a face-to-face personal service.

She said that starting payouts automatically at 65 years old would “deprive” members of the benefits of keeping their money in CPF, such as interest accumulated on their savings.

However, as it is “unsatisfactory” to have members keep their savings in CPF till they die, a new rule was implemented last year stipulating that payouts cannot be deferred past 70, for members turning 70 from 2018.

Contrary to what some factions of the public believe, the government does not swallow your CPF money when you die.

Rather, the money will be given in cash to your nominees.

If you have not nominated anyone to receive your CPF savings, it will be transferred to the Public Trustee’s Office (PTO) for distribution to your family members in accordance with the intestacy laws or, for Muslims, the Inheritance Certificate.