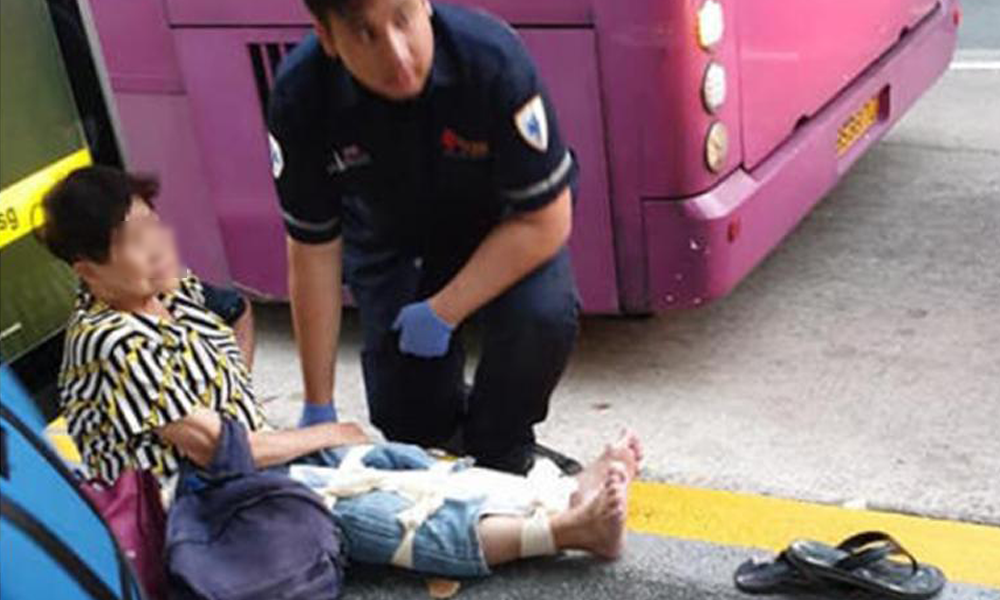 Another ah ma has been injured at the bus stop which last year saw one elderly lady lose her life after a fall.

She apparently faced difficulty walking down the step of the bus stop and then climbing onto the bus.

The ah ma fell and injured her legs.

Paralysed from the pain, she lay on the road and couldn’t move.

Fortunately, passers-by stopped to help and called for an ambulance to send her to hospital.

On 28 Oct last year, another ah ma wasn’t so fortunate.

That 70-year-old ah ma tripped in similar fashion and badly injured her head.

She was sent to hospital but died 3 months later.

Other elderly commuters have expressed fear over the bus stop.

Not so much that it’s suay, but because the design of the boarding point makes it difficult for them to get on or off buses.

The Holland Drive bus stop isn’t the only one that has received complaints from the elderly.

Others complain of difficulty getting on and off buses at the bus stop in front of Newton MRT station.

At that bus stop, they have to navigate 3 narrow steps with faded yellow markings.

Many elderly commuters were seen holding on to the bus stop bollards for support.

So far, it appears that no elderly commuter has died as a result of falls at that bus stop.