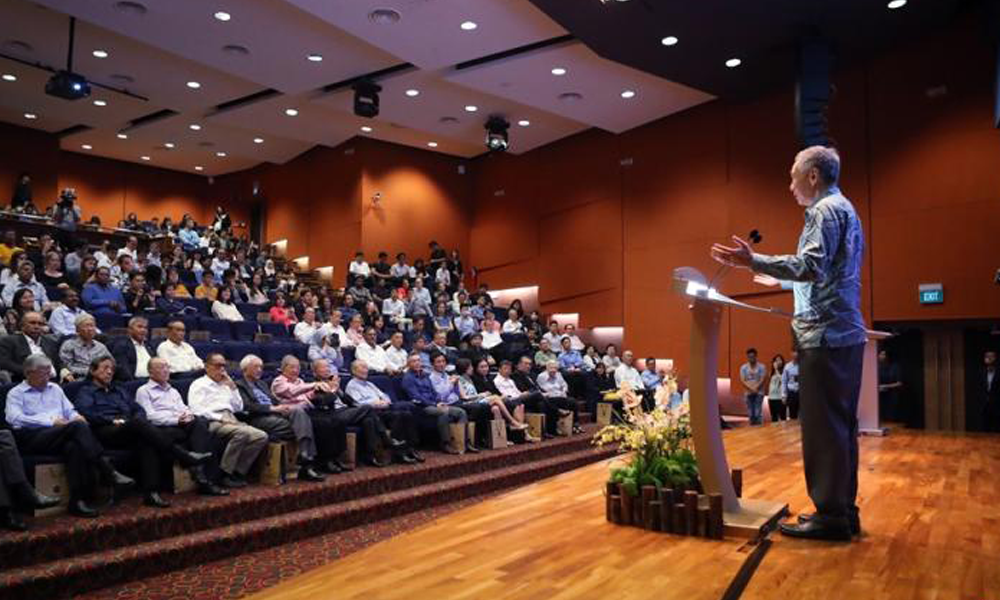 Said Prime Minister Lee Hsien Loong in a speech during a book launch on Friday (24 Aug):

“Many private properties are held on 99-year leases too, yet nobody argues that they are merely being rented.”

We’re assuming that PM Lee is referring to condominiums – most condominiums have a 99-year lease, just like HDB flats.

But there’s very stark differences between the two.

Let’s take a look at how HDB flats work for their “owners”:

-HDB flat-dwellers do not own their flat unit
-they essentially buy the lease on the flat unit that allows them to stay for 99 years
-the flat unit is owned by the HDB, and the land is owned by the SLA
-the flat-dweller does not own the unit, or any part of the common areas
-when the flat-dweller sells his unit, he is really selling the lease on the unit
-at the end of 99 years, the government reclaims that land and the flats (since it owns both)
-flat-dwellers should receive ZERO dollars in compensation since they no longer own the lease
-if the government wants, it can buy out the remaining lease through SERS (so far 4% of HDB flats qualify for SERS)

And that’s the situation for HDB “flat-owners”.

-condo-owners own their condo unit
-they have a share of ownership of the land that the condo is built on, and the common spaces
-that’s why condo owners have a strata title, and they can mortgage their homes (you can’t mortgage HDB flats)
-when the lease on the land is running down, condo owners can collectively apply to the SLA to top the lease back up to 99 years and pay for the lease top-up
-if SLA approves (after making them pay a hefty premium), they can continue living there
-if SLA does not approve, then it’s just too bad and out they go after 99 years with zero compensation
-or, they can vote to collectively sell their units and their share of the land to a private developer (en-bloc sale), who then tops-up the lease, does what it wants with the condo and land

The key differences lie in ownership, freedom of choice and potential compensation.

The government should not continue to hoodwink HDB-dwellers into believing that their “home-ownership” status is on par with that of private property owners.