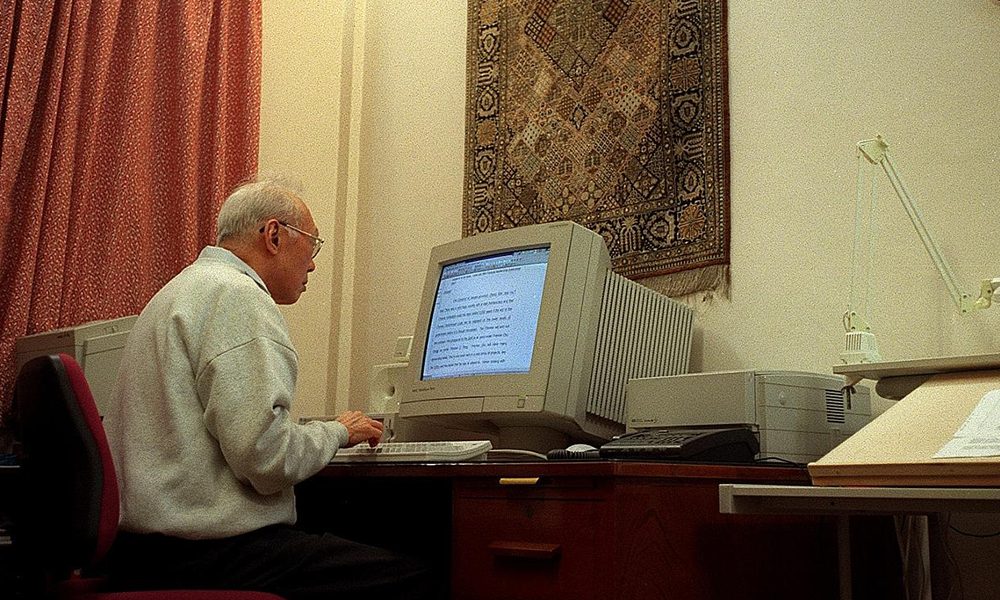 In a nutshell, Lee Hsien Yang cited evidence from LKY’s final will, and his decision to make him and Dr Lee the only trustees of his estate, and argued that:

The 38 Oxley Road Committee put forward options which include preserving 38 Oxley Road into a national monument, and opening the dining room of the house for public viewing.

Weighing in on the issue today, Dr Lee said:

“Papa was as direct as me. He made absolutely clear what he wanted done with the house. He and Mama had long decided they wanted it demolished after they were gone. It would require unbelievable lack of intelligence or determined denial to not understand what Pa & Ma so unambiguously wanted. It seems to me my big brother & his committee have achieved that distinction with amazing ease.”

The Demolition Clause in LKY’s final will, drafted in 2013, states:

“I further declare that it is my wish and the wish of my late wife, Kwa Geok Choo, that our house at 38 Oxley Road, Singapore 238629 be demolished immediately after my death, or if my daughter Wei Ling would prefer to continue living in the original house, immediately after she moves out of the house. I would ask each of my children to ensure our wishes with respect to the demolition of the house be carried out.

If our children are unable to demolish the house as a result of any changes in the laws, rules or regulations binding them, it is my wish that the house never be opened to others except my children, their families and descendants.

My view on this has been made public before and remains unchanged.”

But The 38 Oxley Road Committee, in its report, stated something different:

“It is the Committee’s view that while Mr Lee Kuan Yew’s preference was for the Property to be demolished, he was prepared to accept options other than demolition, provided that suitable arrangements were made to ensure that: (i) the Property was refurbished, and kept in a habitable state; and (ii) the family’s privacy was protected.”

It took a letter that LKY wrote to parliament in 2011 that said:

“If 38 Oxley Road is to be preserved, it needs to have its foundations reinforced and the whole building refurbished. It must then be let out for people to live in.” 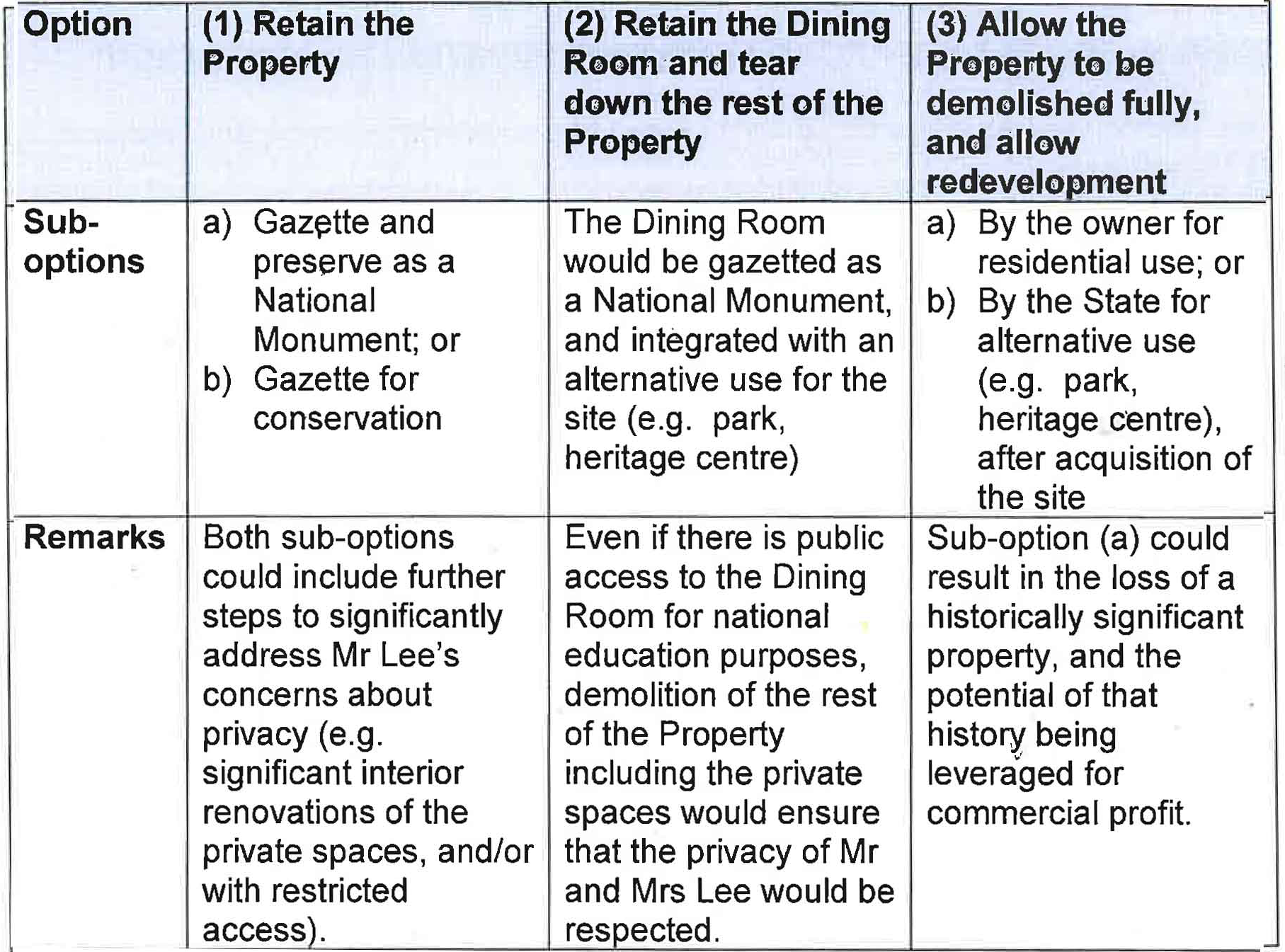 This is Lee Hsien Yang’s statement today on the options put forward by the 38 Oxley Road Committee: 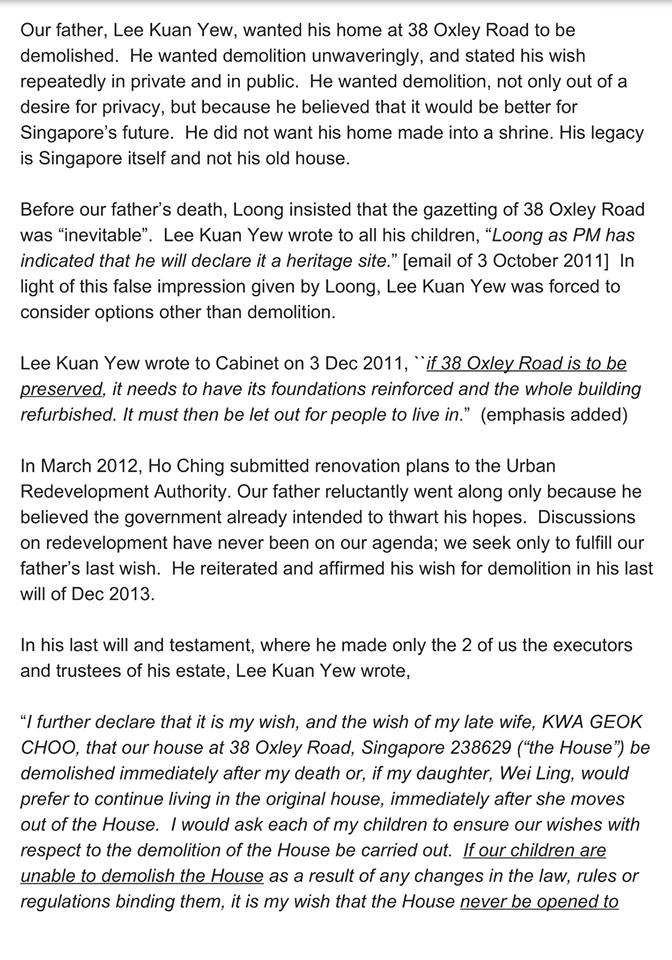 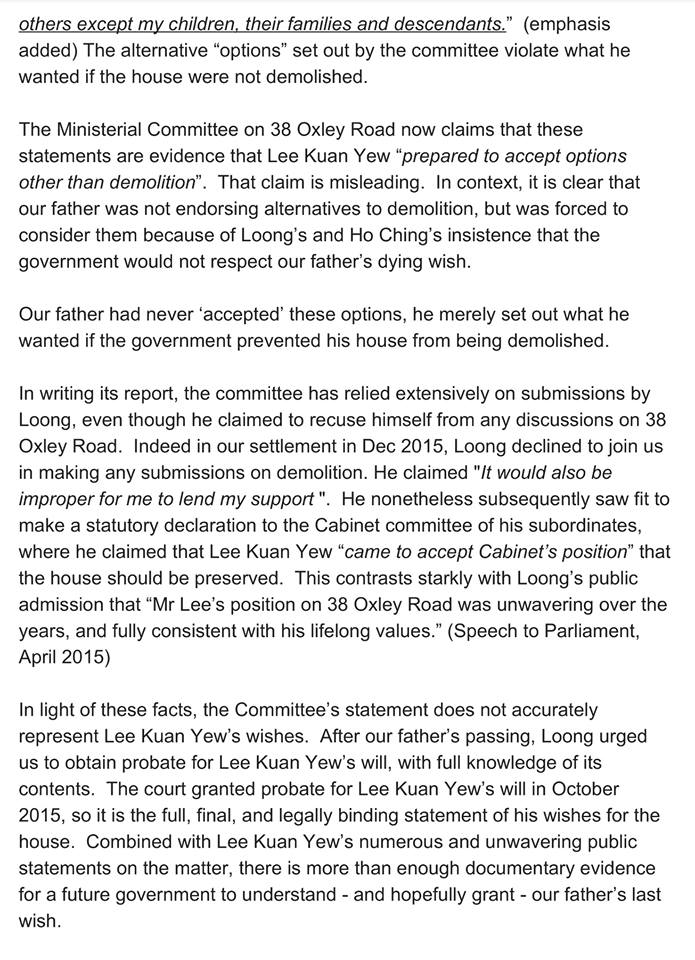