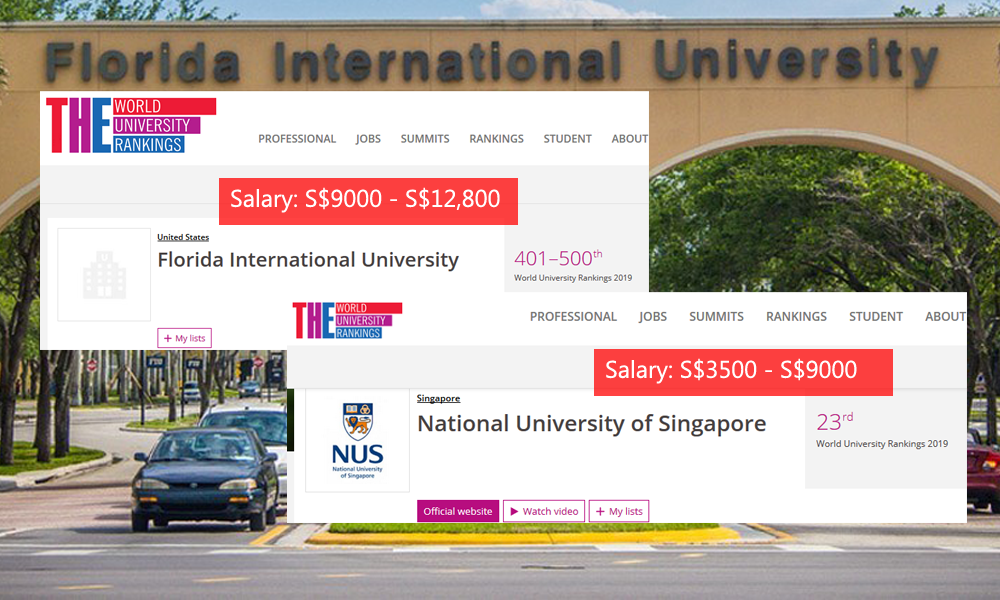 FELIX OW: In 2004, Yeo Cheng San bought a set of fake Bachelor’s and Master’s degrees and a post-grad diploma stating that he graduated from Florida International University in Human Resource Management.

Yeo was a former owner of a hair salon (“former” because his hair salon uplorry cos no business).

And then, in 2013 we have: Chin Ming Lik, who forger a NUS First Class Civil Engineering degree and an A-Level certificate.

For all that effort, Chin was hired by various building and construction firms and given jobs with monthly salaries of between S$3,500 and S$9,000.

Here’s the ranking of NUS and Florida International University compared:

Somehow, either wages in Singapore have been severely depressed such that a HR manager in 2004 can earn so much more than a building & construction manager in 2013.

Or, a NUS First Class Honours (plus accreditation from government agencies) just doesn’t “impress” as much as a degree from some middle-tier never heard before school from the US.

If so, what’s the point of studying so hard?