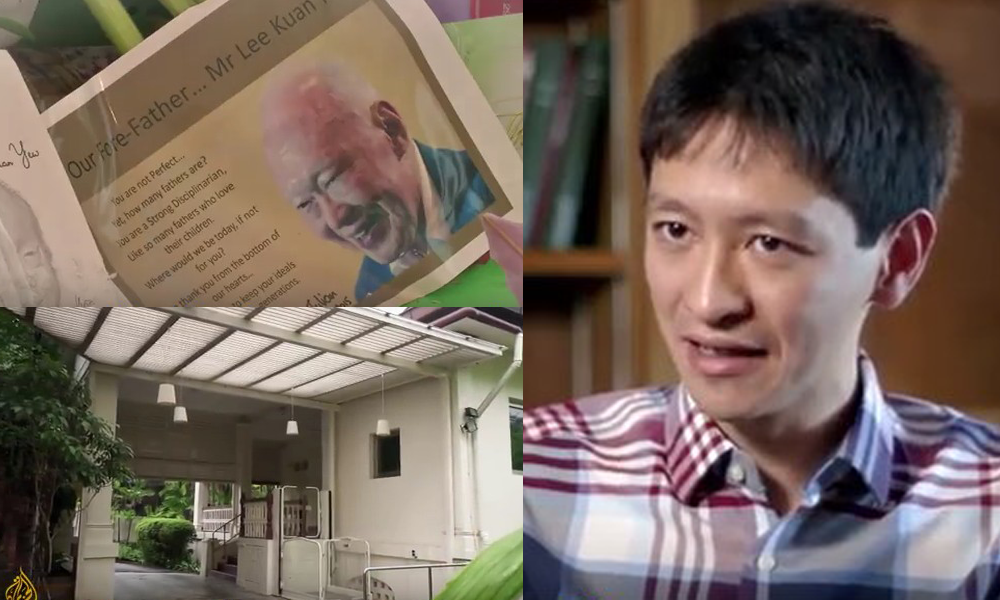 If you’re Singaporean, and live in Singapore, and don’t know what the whole 38 Oxley Road saga involving the late Lee Kuan Yew’s house is about – get out from under that rock you’ve been hiding!

In a nutshell – LKY’s son, Prime Minister Lee Hsien Loong was accused by his sibling, Lee Hsien Yang and Dr Lee Wei Ling, of being a “dishonourable son” because he wanted to tear down the 38 Oxley Road house, which his siblings contended was against LKY’s wishes. They then publicly accused PM Lee abusing his powers by using government resources to deal with them. PM Lee explained his side of the case in parliament (without his siblings present), disputing all allegations against him, and the matter was left at that.

Nope, not at all – the Attorney-General’s Chambers (the most tua kee of Singapore’s legal system) went on to prosecute Lee Hsien Yang’s son for subjudice because of a post he put up on his private Facebook page.

Okay, that was a big nutshell.

Li Shengwu was interviewed for that 25-minute documentary, and the grandson of LKY’s grandson went on the record and gave some pretty damning statements against his uncle PM Lee and the Singapore government.

(1) LKY could have overestimated the potential of his son:

“I am not sure why my grandfather choose his own son and was willing to have his own son go into politics and become prime minister but all I can say is that there are a lot of human being s. If there is one person in the world you are going to overestimate, it is your own child.”

“The thing about being not interested is that it can remain uninterested till you become interested. If he didn’t want to be in politics, he could have said things a lot more clearly and in a way that would be at least a little bit difficult to walk back.”

(3) Singapore’s current state of affairs would cause LKY much grief:

(4) Having to chat with his family through “encrypted” messages:

“I don’t know exactly how much the government keeps trying to surveil my family but this is probably the first Christmas where I have made Christmas plans with the family over encrypted messaging.”

“My father and aunt were very reluctant in going public. The fact that they took that step was because they felt very much sort of forced into a corner. Like all the various arms of government were arrayed against them that if they kept quiet, they would have seen, essentially, a careful dismantling of my grandfather’s last wish.”