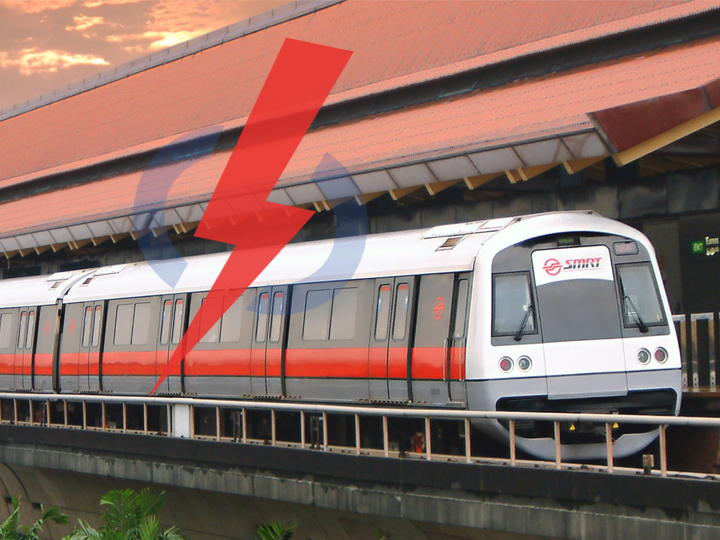 An MRT train on the East-West Line was struck by lightning and stalled near Bedok station a little past 4pm today, causing about 10 minutes of delay to journey times between Tanah Merah and Paya Lebar.

Passengers had to detrain at Bedok MRT station and the train was withdrawn from service for investigation.

The train’s captain was injured and was sent to Changi General Hospital for treatment.

This is the 2nd time reported incidence of lightning striking an MRT train in 2 years.

On 11 May 2016, an SMRT train on the North-South Line was crippled by lightning just before 4pm, disrupting southbound services from Yishun to Yio Chu Kang stations.

SMRT has reassured commuters that they are safe even if the train gets struck by lightning.

This is because each train is protected by a “Faraday Cage” – an enclosure formed by conductive material that blocks electric fields and electric currents such as lightning strikes.

SMRT has been having a rough trip in recent times – last month, average rainfall resulted in Singapore’s first-ever MRT tunnel flooding, which saw train service on parts of the North-South Line derailed for 21 hours.

And just last week, the train operator saw a train crash into a stationary train at Joo Koon MRT station.