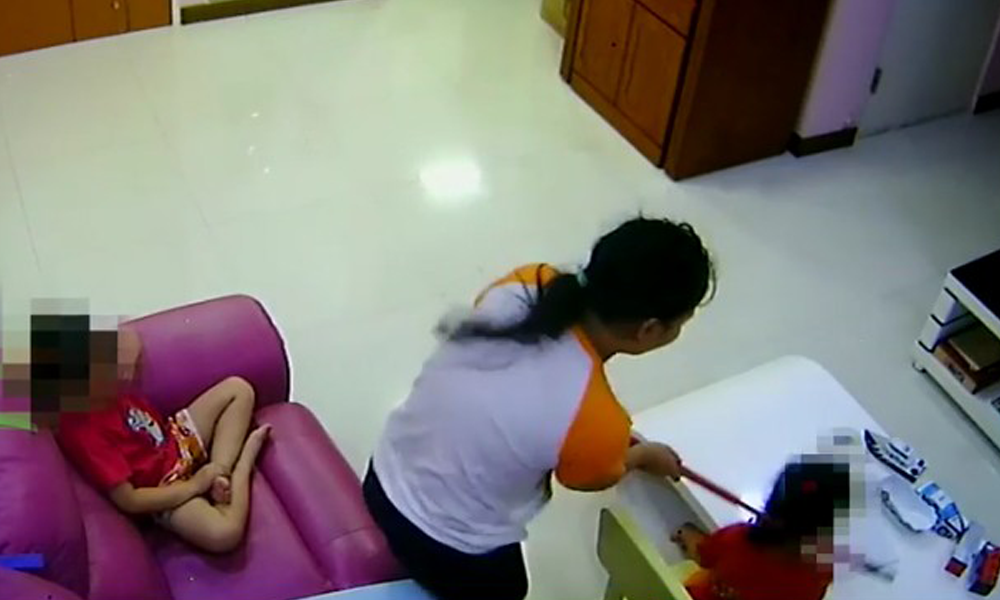 This maid was caught on CCTV abusing a toddler by hitting her with a broom and slamming her head on the table.

All this, while the girl was sitting in the living room and doing what looks to be her homework.

And from the footage records, the beatings have been going on almost every day this month! 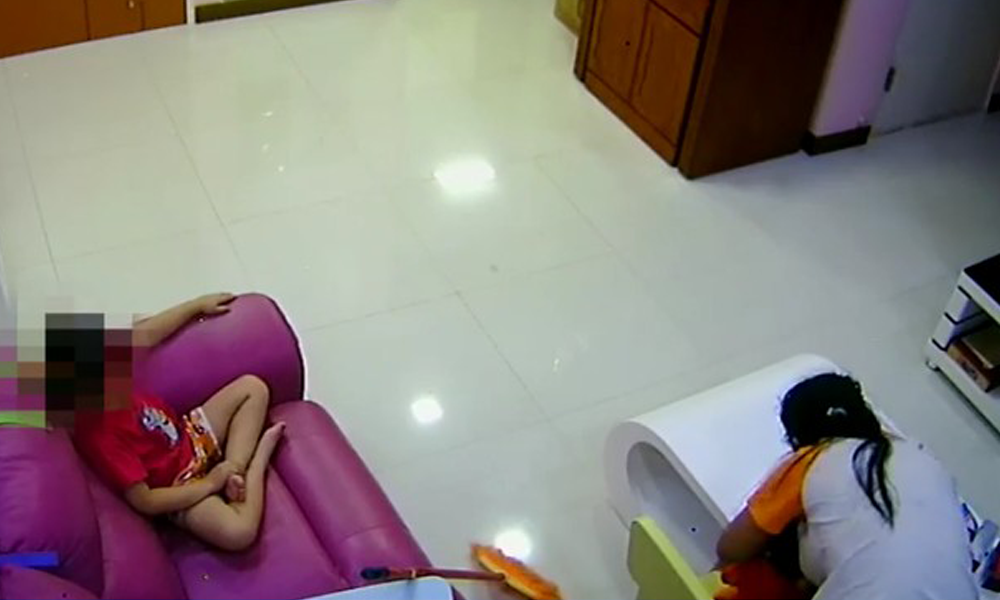 44-year-old Madam Nguyen said that she first got suspicious that her maid was hitting her kids (2 girls aged 5 and 6) two weeks ago, when one of the girls spotted a bruise on her forehead.

She asked her maid, a 27-year-old Burmese national, about the bruise and her maid told her that the girl had taken a fall while riding a bicycle.

Mdm Nguyen said she didn’t think her maid was responsible at first as she had shown a good work attitude since starting work in January.

Then, she checked the CCTV footage and discovered the daily beatings.

The maid was seen hitting her children with objects like a spoon, remote control and toothpick holder.

Mdm Nguyen runs a night market stall with her 63-year-old husband, and the couple work daily from 4pm to 2am.

That’s when she leaves her children alone with her maid.

The CCTV stores recordings for 30 days only, and Mdm Nguyen shudders to think what she would find if she reviewed footage from the past 3 months.

She says she has since returned her maid to the maid agency.