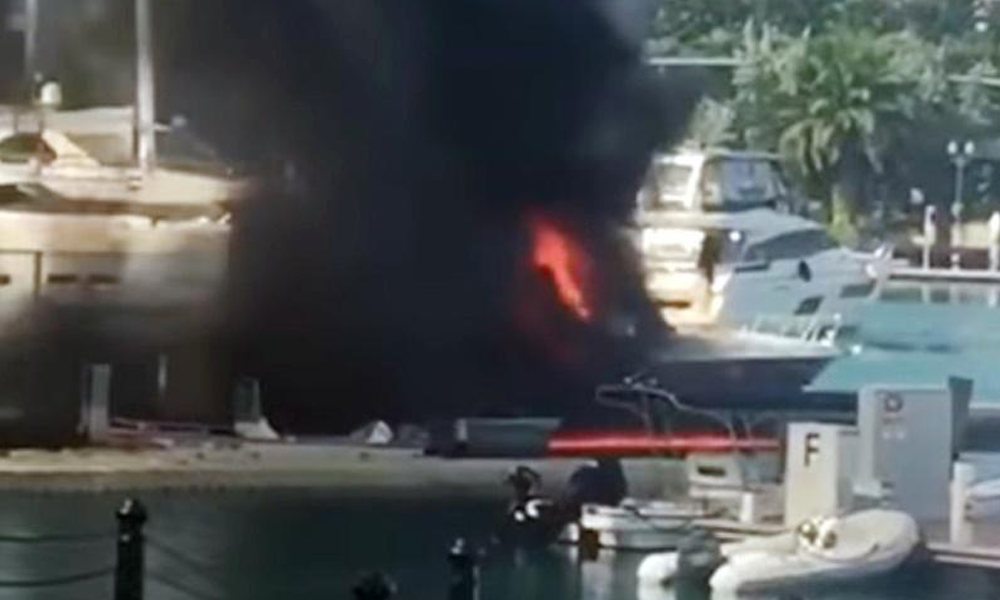 A maid was spotted risking her life to save a baby on board a yacht that erupted in flames at Sentosa Cove yesterday (22 Mar), suffering severe injuries in the process.

Witnesses heard a loud bang at about 4.30pm, then saw a yacht docked at ONE°15 Marina Club engulfed in flames and black smoke.

The club’s emergency response team fought the blaze before SCDF officers arrived to help put out the fire.

12 persons, including some who helped put out the fire, were sent to hospital for their injuries.

Among the injured are 2 maids and a baby who were at the rear end of the yacht when the fire broke out.

An eyewitness reported that during the fire, one of the maids used her body to shield the baby as they ran from the burning yacht.

One of the maids has been warded at the Intensive Care Unit while the other has been put in the High Dependency Unit.

It is not known how many people were on board the yacht – identified by the club as “Wilber” – when it caught fire.

The cause of the fire is yet to be determined.