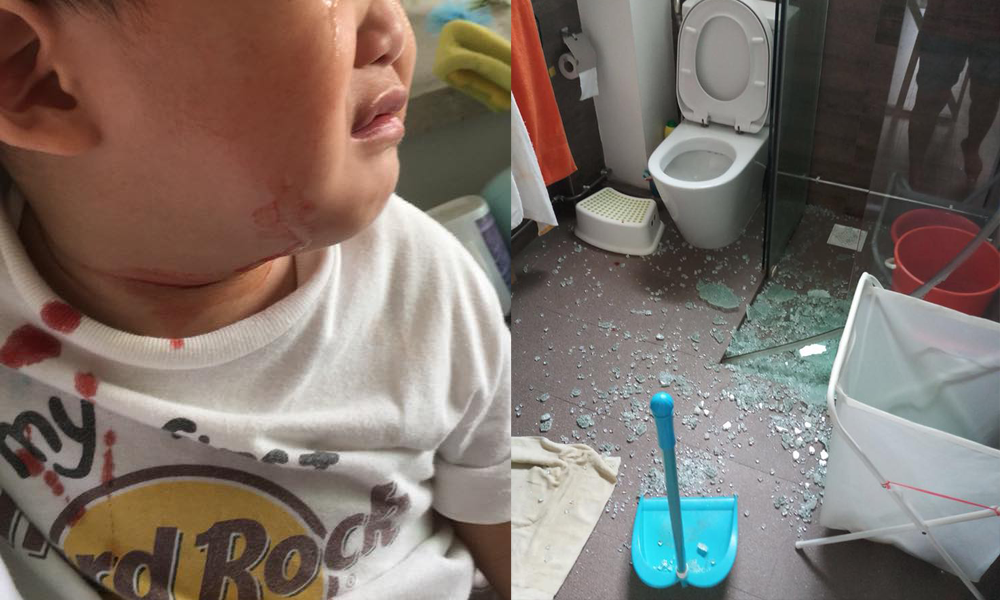 Well, this maid really did walk across shards of broken glass to rescue the toddler son of her employer’s sister.

According to Peirong, she was at her sister’s house with her own maid, Jena, and her toddler.

Then, an accident happened in the bathroom:

“Upon reaching my sister’s house, my son wanted to pee and was accompanied by my helper Jena. While Jena was flushing the toilet bowl, my son was pulled the sliding door forcibly and as a result the glass door shattered above him and the floor was covered with thousands of tiny glass shards. To my horror, I saw blood streaming down his face. Unaware of the danger that surrounded him, he wanted to take a step out from the scene.”

“She shouted at my son to prevent him from taking another step onto the glass shards. Next, she told Jena who was in state of shock to lift him up. Without a second thought, Sheryl walked into the toilet barefooted to carry him out. She could have dangerously hurt herself, and I was completely touched by her braveness and selfless act. She is a remarkable person who always put others before herself.”

The child was sent to KK Women’s and Children’s Hospital for treatment, where he was fortunately found to have suffered “only a few minor cuts” to his face.

Still, what kind of a maid walks on broken glass for a child? She thinks this is some rom-com ah? (Kidding lah, give that brave Filipino lady a Tiger, or San Miguel!) 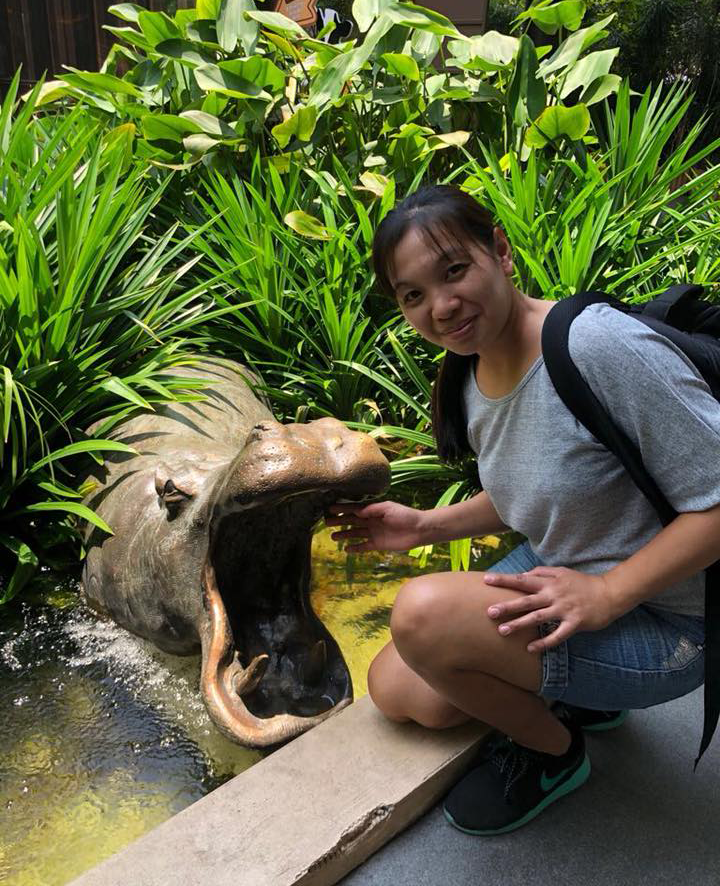