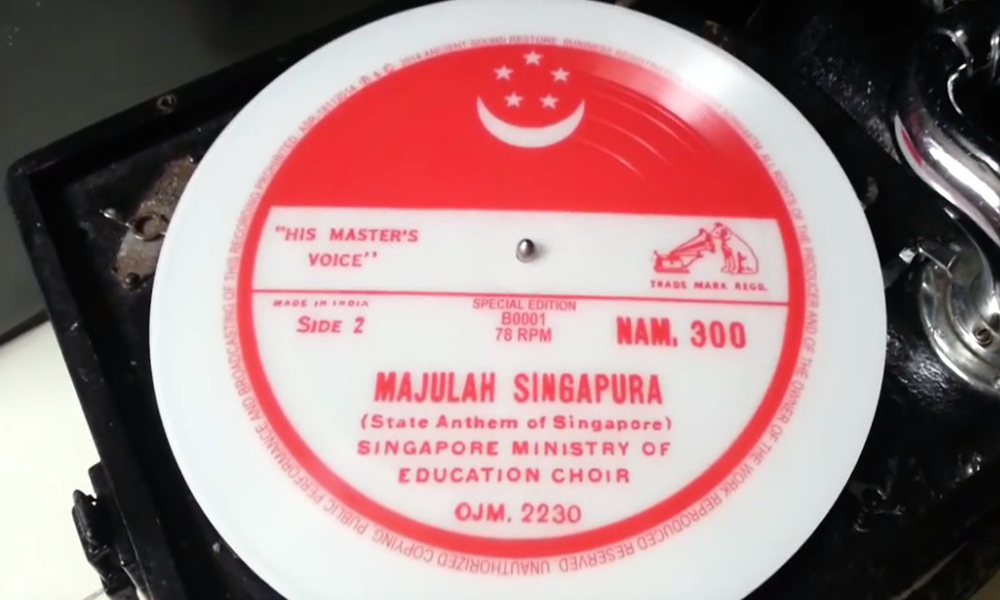 Let’s get this straight first to avoid confusion – the Ramli Sarip music video of Majulah Singapura is not official version of our national anthem.

Rather, the new official version which was launched yesterday is performed by the Singapore Symphony Orchestra, and it sounds pretty much like the previous version from 2001.

Opinions are divided on our new national anthem, with many questioning why there is a need for an update in the first place.

Others have asked whether it is simply a self-indulgent and self-aggrandising display by the government simply to mark the 60th anniversary of the national anthem, without consultating Singaporeans about the change.

The first version of our national anthem, composed by Zubir Said actually saw the light in 1958 – albeit an “unofficial version”.

It was a theme song for the then City Council of Singapore, and it was super long compared to the Majulah Singapura we know today.

Mr Zubir then rewrote the lyrics and arrangement and transformed it into the now-familiar Majulah Singapura song.

That was our first national anthem, and aired for the first time in 1959.

You can hear that it’s pretty simple in instrumentation, with a heavy focus on getting Singaporeans to understand the unifying words of the song against the backdrop of racial and economic uncertainty.

Then, in 2001, the government commissioned a rearrangement of the song to give it more “oomph”.

That’s the rousing version we’ve commonly heard for the past 18 years, performed by the Singapore Symphony Orchestra.

And, it makes the original 1959 version sound like a stripped-down rendition.

Most probably wouldn’t be able to tell the difference between this and Majulah Singapura 2.0.

Some slight rearrangement of instrumentation and a slightly faster tempo are the only giveaways, together with the more high-resolution recording.

So what’s the fuss about Majulah Singapura 3.0?

Probably because of the old saying “if it ain’t broke don’t fix it”.

Because fixing stuff costs money, and we all remember how S$400,000 was spent renaming Marina Bay to “Marina Bay”.