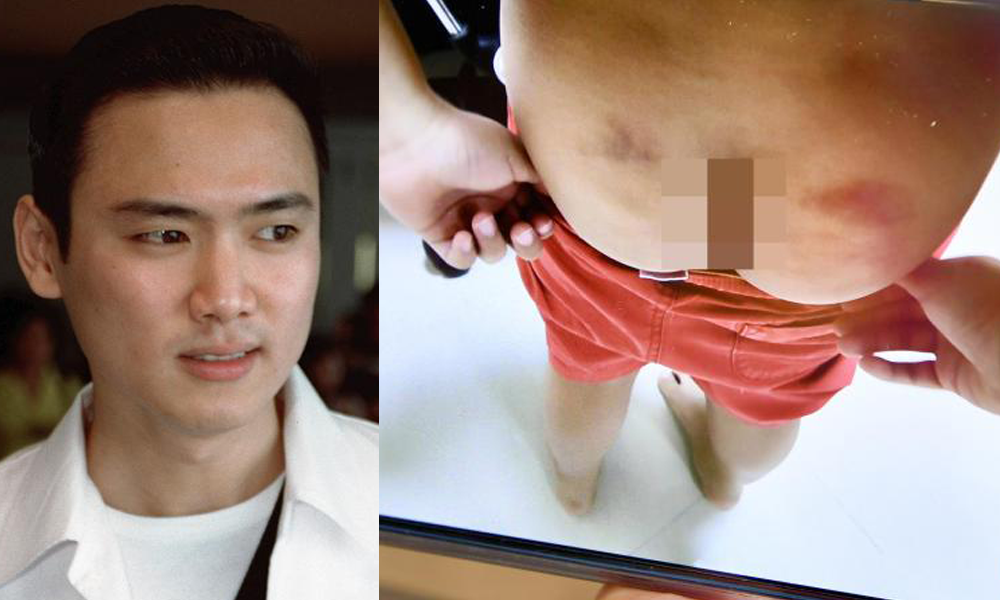 Former Mediacorp actor Ryan Choo, who is now a childcare centre principal, has been accused of abusing an 8-year-old boy from his school.

The childcare centre, Star Kidz Powerclub, is located at Block 509 Bedok North Avenue 3 and run by Choo and 2 female teachers.

The boy’s mother, Ms Llva Chin, said he husband alerted her to the bruises, and she took a look for herself when her son was showering.

Ms Chin said that her son told her he was punished for talking in class.

She contacted a teacher at the childcare centre, who reportedly told her that Choo had punished the boy for opening the door to a toilet while a girl was using it.

The girl got a shock and began to cry, calling for her parents.

The boy was reportedly punished in such a manner to pacify the girl’s fuming parents.

Ms Chin said that her son and other children were playing hide-and-seek at the centre on 31 Jan when her son accidentally opened the door to the toilet as he thought one of his friends was hiding inside.

On 5 Feb, she met Choo and he told her he had hit the her son on the buttocks with a wooden ruler.

She lodged a police report the next day.

Ms Chin said that it took about a week for her son to recover from the beating.

She pulled her son out of the childcare centre, where which he had been attending classes on weekdays for the past 3 years.

Police investigations into the incident are in progress.