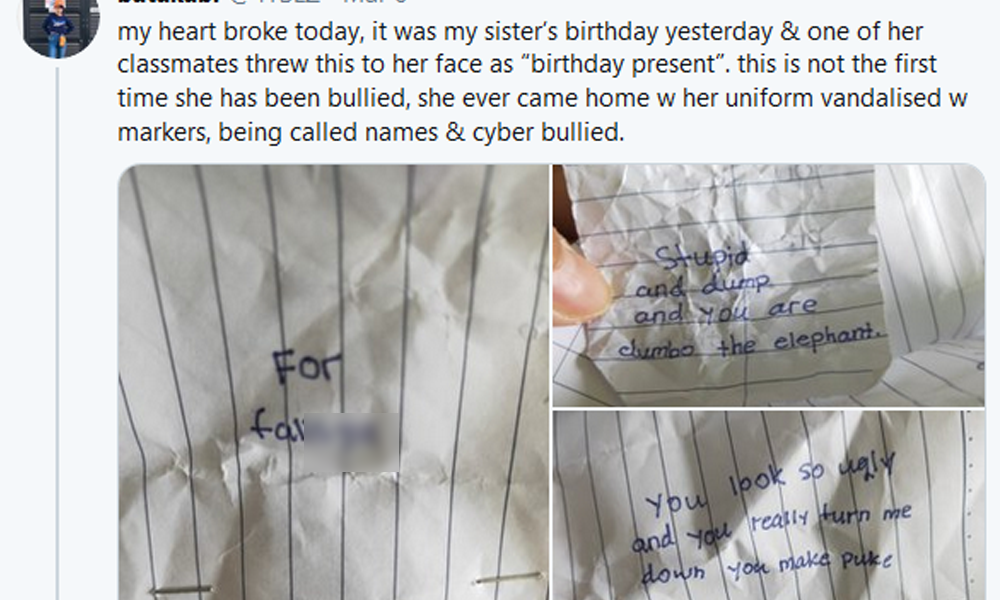 Speaker of Parliament Tan Chuan-Jin received a rude shock on Saturday (7 Mar) after he got roasted for a tweet he sent to the sister of a bullying victim from Mee Toh School.

The victim, a Malay student, had been bullied repeatedly by her schoolmates over several years.

When she stood up for herself, she was allegedly punished and made to apologise to the bullies.

The victim’s sister had reportedly emailed the school, turned up for her sister’s parent-teacher meetings to confront her teachers about this, and even emailed MOE.

However, nothing was done. 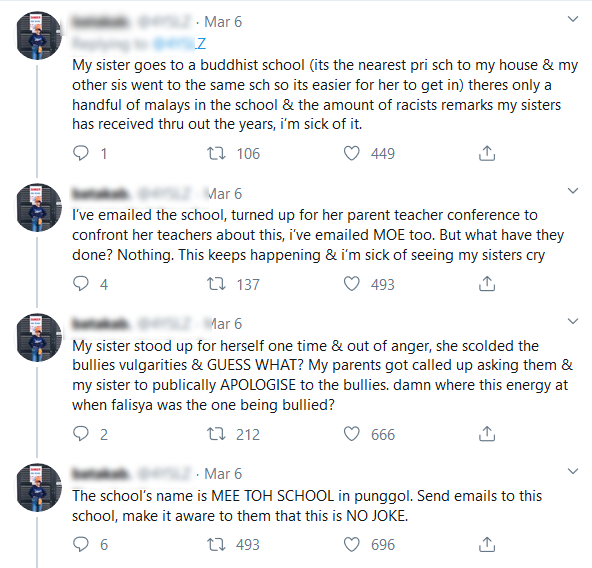 In stepped the Speaker of Parliament, only to get whacked. 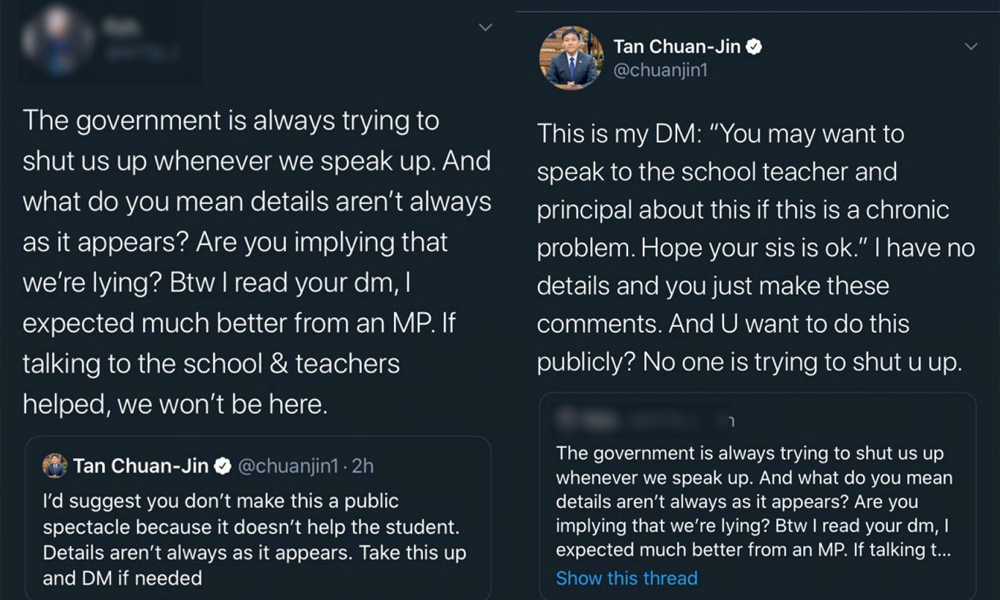 In his tweet, Tan told the victim’s sister not to make the issue a “public spectacle”.

This was met with the angry response that “the government is always trying to shut us up whenever we speak up”.

The victim’s sister said that taking the matter online was a last resort.

She asked Tan if he was implying that she was lying, adding that she “expected much better from an MP”.

“This is bullying, is wrong and cannot be tolerated anywhere, especially in schools. Moreover, it goes against some very fundamental values of what we stand for as a society. It does not matter whether the students might have done it out of mischief or that they are only Primary 5 students; the fact is that the victim felt that it was a racist act, and that makes it even more unacceptable… The school will ensure that the students understand the seriousness of their actions, and will follow up with appropriate disciplinary actions.”

Following Ong’s comments, Mee Toh School has released a statement regarding the bullying:

“The school is aware of the incident and has met up with the student’s mother. The school does not condone bullying of any form, including racist remarks made at any individual. Every incident is taken seriously, and the school will follow through with the appropriate disciplinary actions for the students involved.

Character education is cornerstone to a holistic education. The school will continue to enable our students to build healthy and respectful peer relationships for their overall emotional and social well-being.”