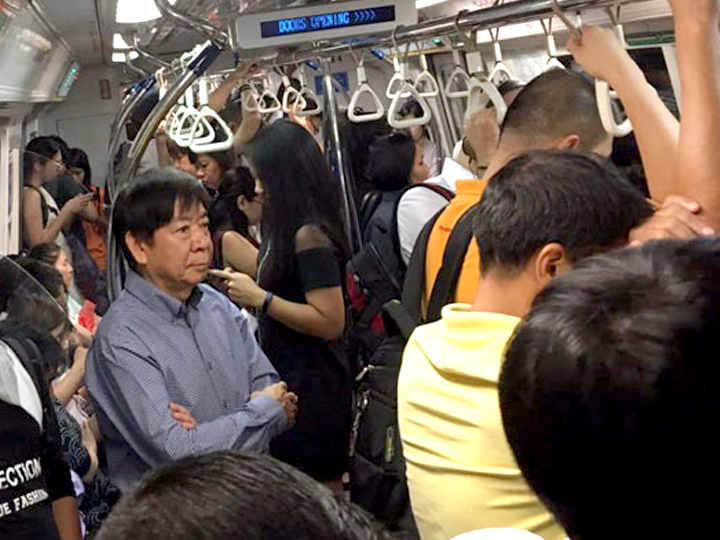 In the light of the increasing frequency of MRT disruptions, one of which just happened this morning, we present to you the findings of a study by the University of West England which found that additional travel time on public transport equals lower job satisfaction.

The study, which involved 26,000 employees in England, took place over a 5-year period.

Researchers found that that each extra minute of commuting time reduces both job and leisure time satisfaction.

A finding of the study – an additional 20 minutes of commuting per day has the same negative effect on job satisfaction as receiving a 19% pay cut.

Which means that spending more time standing on a crowded train or sitting in mind-numbing traffic can make you feel just as bad as earning less money, even if you aren’t.

The study suggests that commuting can be more stressful than actually working, and that the longer your commute, the less satisfied you may be with your job and with life in general.

Dr. Kiron Chatterjee, the principal investigator of the study and associate professor of travel behaviour, said:

“This raises interesting questions over whether the additional income associated with longer commutes fully compensates for the negative aspects of the journey to work.”

One thing to take away from the study – commuters who walk or bike to work don’t report the same dissatisfaction with their leisure time as those who commute by bus or train.

So, for the sake of your health, is it time to ofo or mobike it rather than depend on the MRT?

But then again, Singapore drivers…