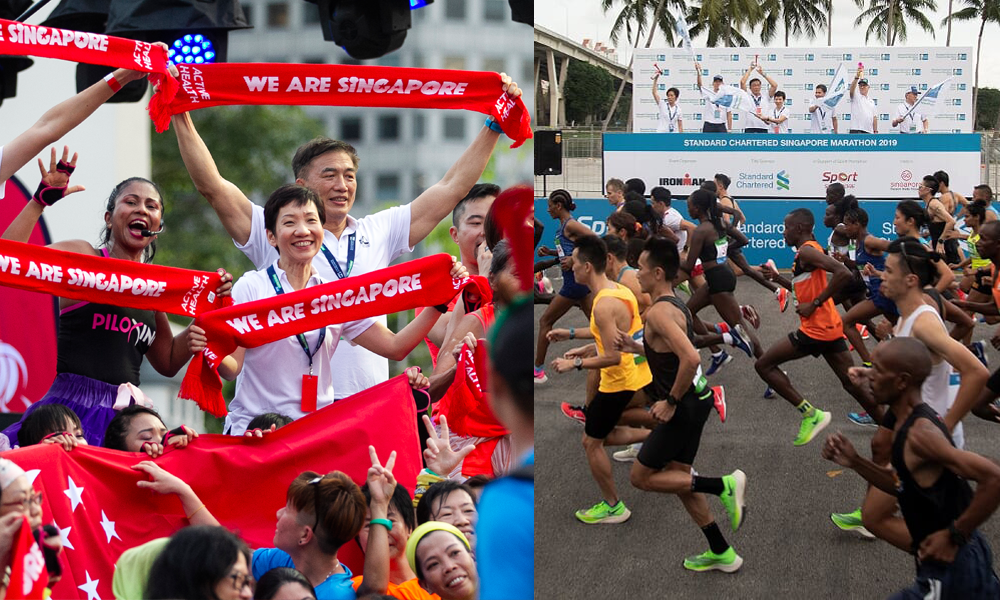 It caused a huge nightmare for city-goers over the weekend with its first-ever night race.

And it appears that the Standard Chartered Singapore Chart Marathon has been named among the top three worst marathons in the world.

The ranking, out of 81 global marathons, was compiled by Sole, a UK-based trainer review and news website.

Sole also warned runners that the StanChart Singapore marathon should be “approached with caution”.

The StanChart Singapore Marathon angered many Singaporeans over the weekend, whose plans to hit the town were marred by road closures as easrly as 1pm on Saturday.

Many were attending weddings, going shopping for Black Friday sales, and heading for events such as the U2 concert, C3 Anime Festival and Christmas Wonderland at Gardens by the Bay.

Musician Selwyn Koh, among other hot and bothered Singaporeans, criticised organisers for their “stupidity and selfishness”.

“There are weddings in every ballroom in every hotel all over the island, and there are people who need to travel by car/van simply because there are things to transport (e.g. bulky sound system, big instruments like cello/harp). Wedding attendees, who are decked in their best for the evening, will also mostly be driving.”

Singaporeans echoed Koh’s sentiments, saying that they were stuck in traffic gridlock for hours.

Ironman Asia, which organized the marathon, has apologised for the massive traffic congestion, but said that feedback has been encouraging.

“This is our first year of holding it in the evening, and there were issues, but overall the feedback has been positive.”