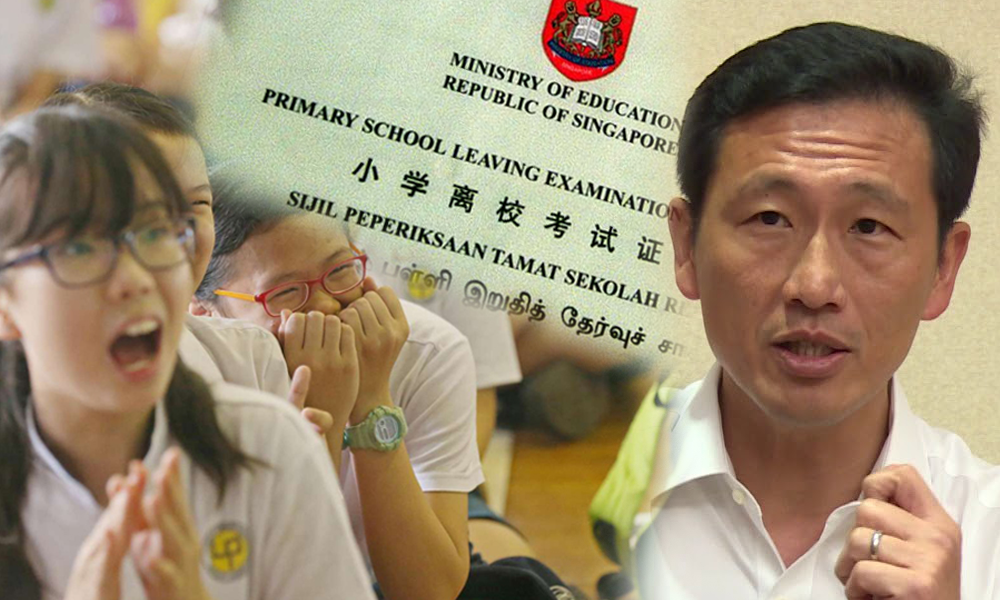 Education Minister Ong Ye Kung said in parliament yesterday that PSLE is a meritocratic and fair system, and scrapping it would pose problems.

Acknowledging the stressful nature of the national exam on parents and children, he said that the “sacred cow” of PSLE has survived for some “very valid reasons”.

“It happens to be the most meritocratic, and probably the most fair of all imperfect systems… If we scrap it, whatever we replace it with to decide on secondary school postings is likely to be worse.”

Mr Ong said that the PSLE, which streams and segregates 12-year-old children according to their test scores, is not a perfect system.

He said that “Meritocracy, arising from a belief in fairness, seems to have paradoxically resulted in systemic unfairness,” and that the Education Ministry is studying ways to narrow the inequality gap.

One of the challenges, said Mr Ong, is ways to uplift poor families so that their children will perform better in school.

“The more we uplift poor families, the greater the achievement gap between the rich and poor.”

The primary school system in Singapore has been criticised for its emphasis on rote learning and memorisation during children’s first 6 years of education to gear them towards better PSLE scores.

As a result, children social skills, health and overall happiness suffer, and this affects their development into adulthood.

The exam has also been criticised for widening social inequality and division due to stratification of students according to their test scores.

The trend of young Singaporeans seeking help for mental health issues has been on the rise in recent years.