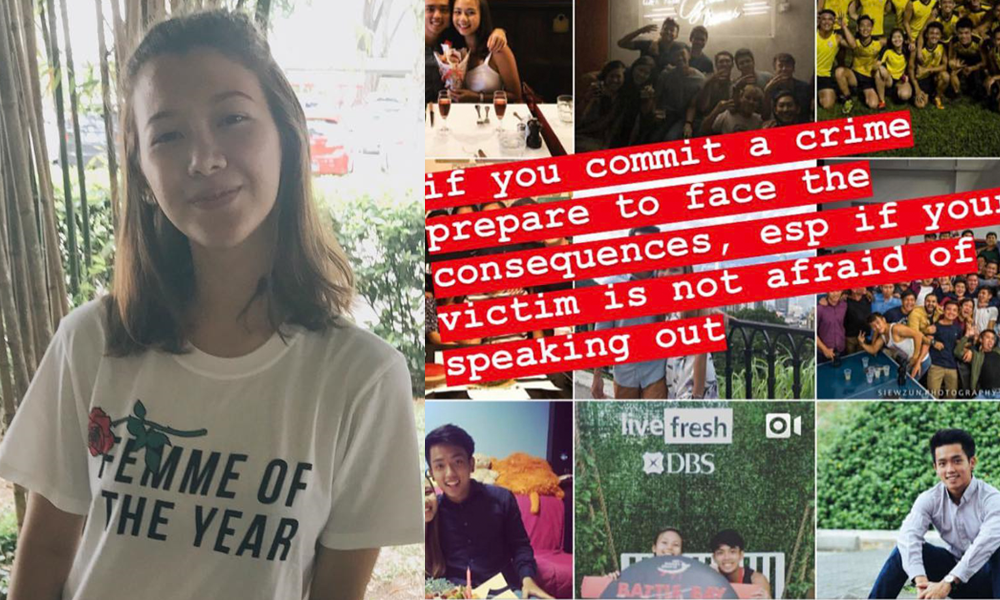 A huge uproar has ensued after seemingly lenient punishment was meted out to a male National University of Singapore undergrad who filmed a female student showering without her consent.

A petition on Change.org has received over 8600 signatures at this time, calling for the police to reopen the case.

Meanwhile, some 500 students from NUS have signed a separate petition urging the school to slap the pervert with harsher penalties.

There have been at least 20 reported cases of sex crimes that took place at NUS in the past 3 years, not including the current academic year.

In this latest incident, NUS undergrad Nicholas Lim was reportedly caught on CCTV scouring female toilets at the NUS campus before he chanced upon his victim, fellow undergrad Monica Baey.

He then used his handphone to film Baey showering without her consent.

When she caught him in the act, Lim fled the scene but was subsequently arrested after Baey reported the incident.

At the time, Baey was a friend of Lim and his girlfriend.

Following police investigations, Lim was given a conditional warning, meaning that he would be only charged for this offence if he re-offended within 12 months of the warning.

The NUS Board of Discipline ordered Lim to be suspended for one semester, banned from entering housing premises on campus, undergo counselling, and write a letter of apology to Baey.

It also said that it would convene a committee to review the current framework for disciplinary action and victim support.

Uproar over the incident and punishment involvement for the perpetrator came after Baey took to social media to seek redress.

Angry at what she felt was a simple slap on the wrist for Lim, she urged the police and school authorities to lay down harsher punishments for sex crime to protect women from perverts. 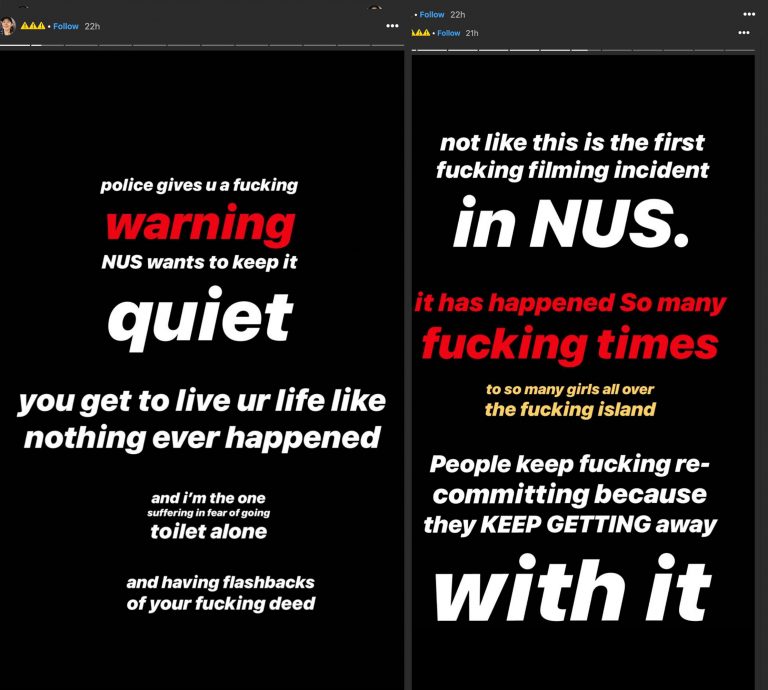 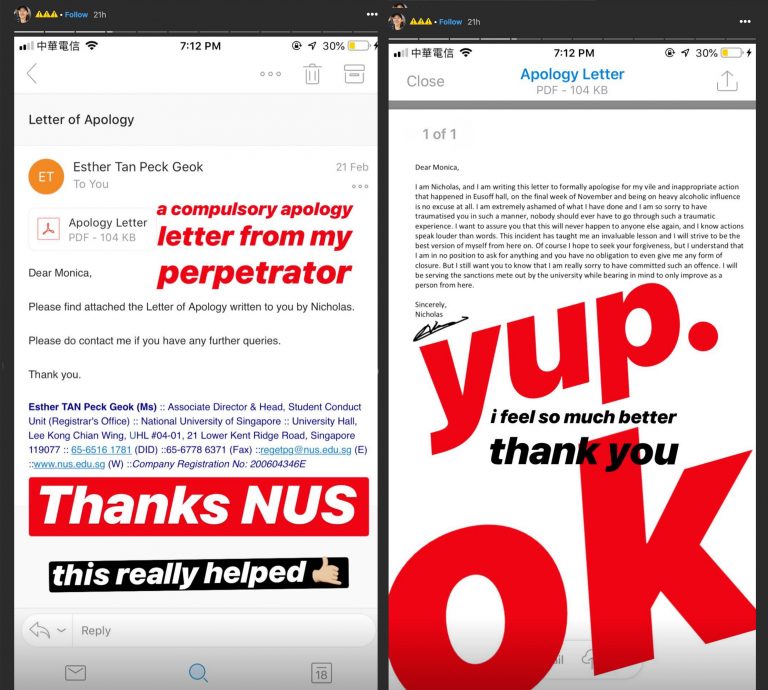 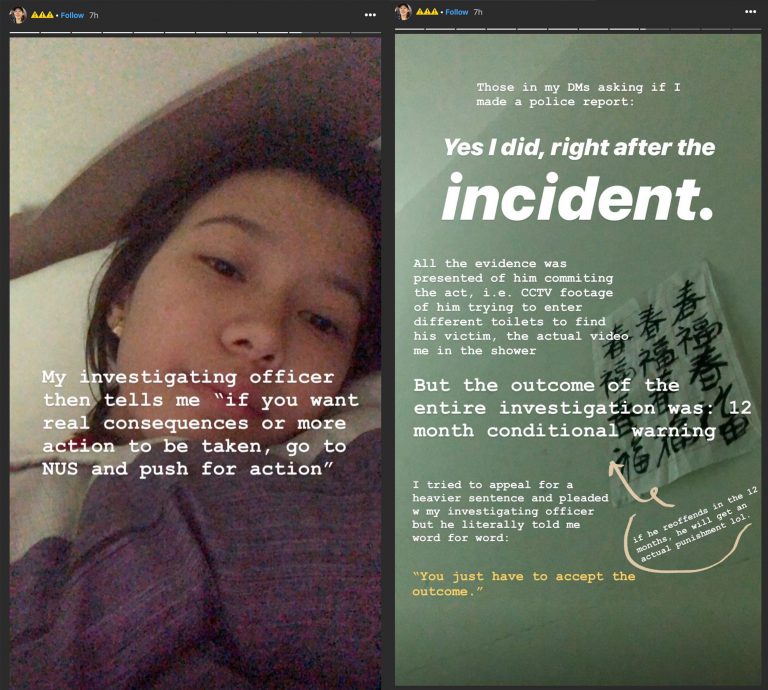 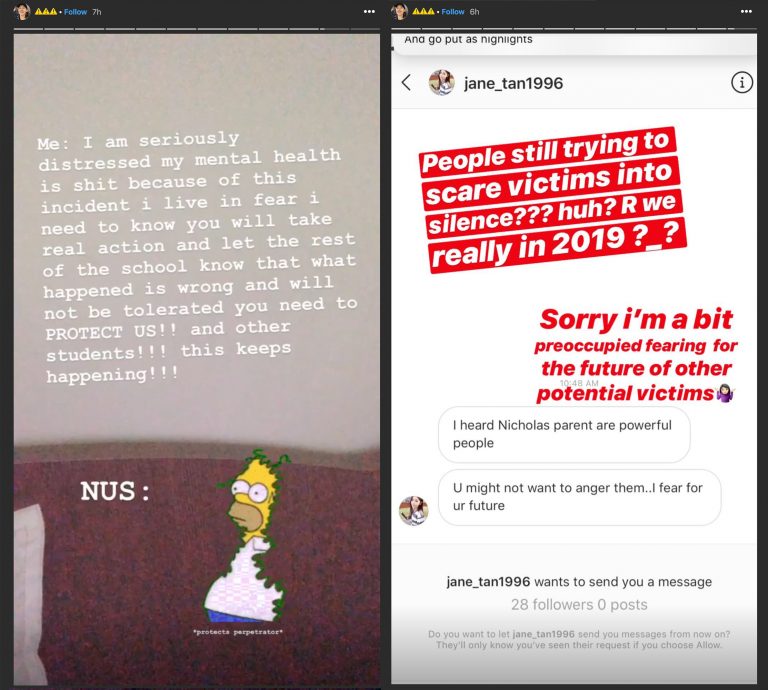