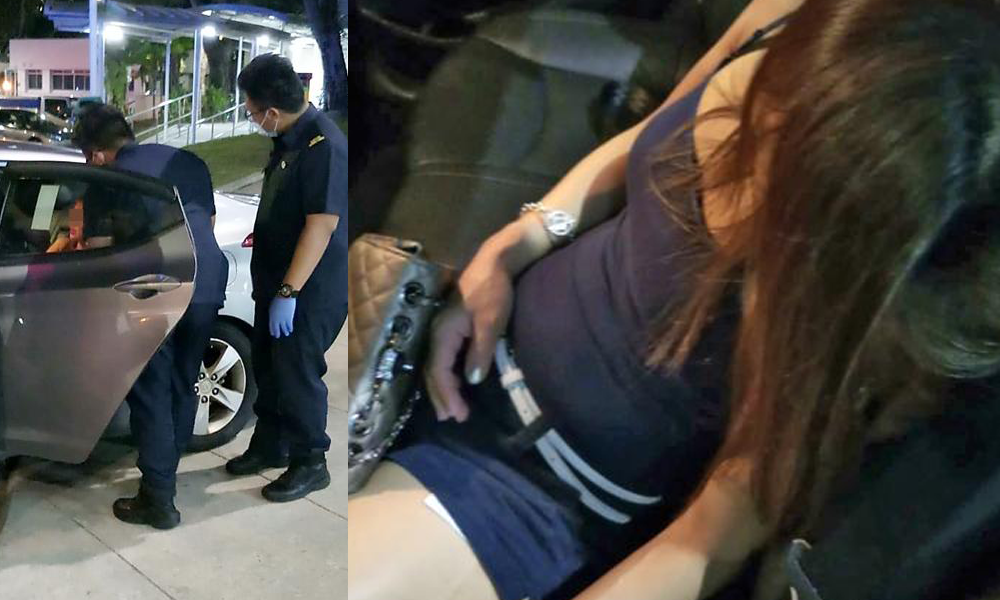 A sleepless night for this private-hire car driver who responded to an early-morning booking from a 27-year-old female passenger.

The passenger had booked the ride to take her from Telok Kurau to Block 109 Commonwealth Crescent.

Upon reaching the destination, the driver realised that she was slumped on the backseat of the car, seemingly unconscious.

He called out to her but she didn’t respond.

Not daring to touch her, he used an umbrella to prod her, but still the young lady didn’t show any sign of response.

The driver then got down from the car, approached the lady and tried to wake her up.

She showed no signs of life.

An ambulance that was activated arrived on scene first, and paramedics after much effort managed to wake the sleeping woman.

As it turns out, she wasn’t dead – just dead-drunk.

The woman managed to walk, albeit unsteadily, back to her flat unit.

We imagine the driver rode off into the sunrise and picked numbers to buy 4D later on.

The female passenger was lucky to escape unscathed.