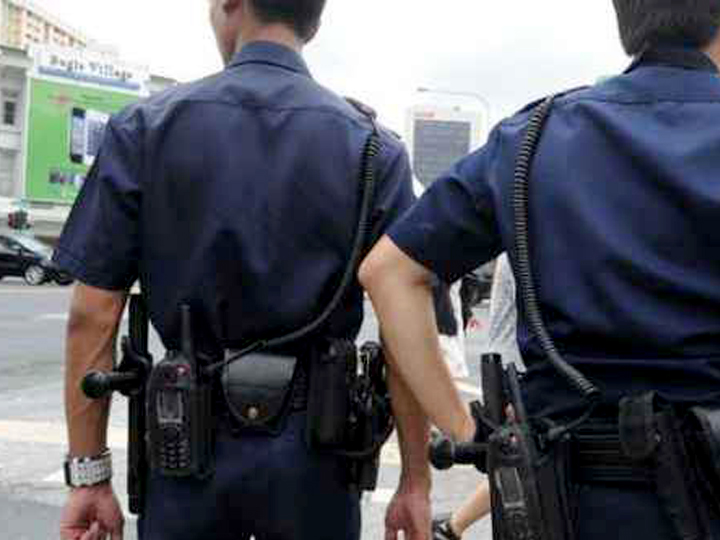 A policeman who managed to stop a man who had suicidal tendencies from doing hurting himself got rewarded with 2 wads of spit instead of a kam sia handshake.

On 10 Feb this year, warehouse storekeeper Lim Keng Yang went to lim jiu with his colleagues at Park Royal Hotel along Beach Road when he downed half a bottle of liquor.

In his drunken state, Lim walked out of the hotel with his colleagues who intended to escort him home when he suddenly insisted that he wanted to visit his father’s company.

His colleagues called his brother, who rushed down to the scene.

That’s when the 28-year-old, in his drunken siao lang state, tried to board a taxi – the problem with the taxi was that it was parked there with no driver inside.

When his brother told him to cut the crap, Lim challenged him saying he dared to jump down from the fourth floor of a building.

Lim’s colleagues grabbed hold of him while his brother called the police and said that Lim had suicidal thoughts and was “very threatening”.

Sergeant Mohammad Firdaus Hassan and his partner managed to calm Lim down enough to detain him and seat him in a police car.

But on the way back to Police Cantonment Complex, Lim struggled and suddenly turned around and spat at Sgt Firdaus in the face.

Lim then demanded that his handcuffs be removed so he could call his father.

When this request was denied, Lim spat at Sgt Firdaus again.

Lim was today jailed for 6 weeks for his spitting antics.

His lawyer said that his client got drunk on the day of the incident as he was having “family issues”, and the good thing is that he has since stopped drinking.