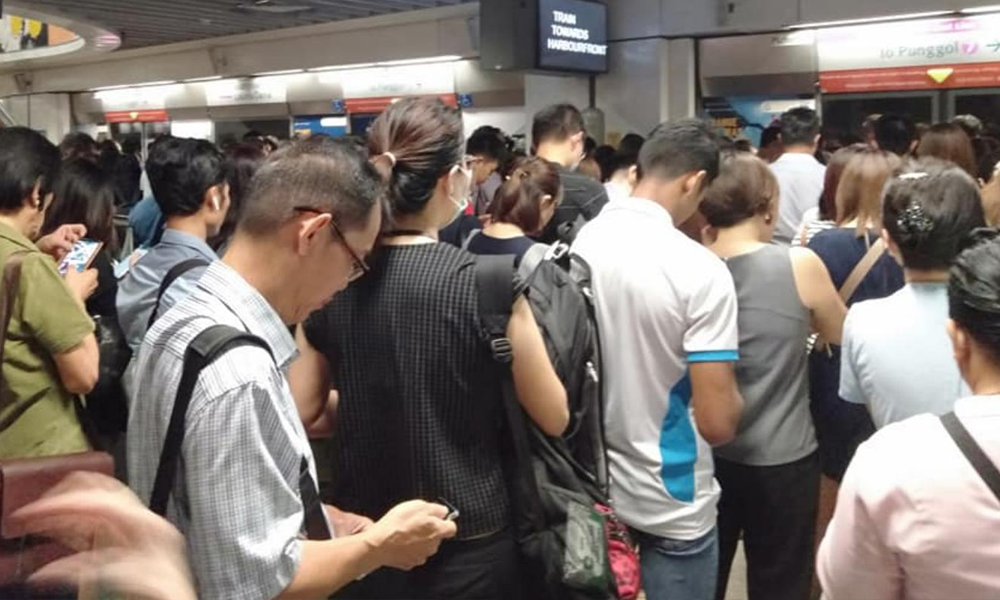 A broken contact wire is believed to be the cause of a power fault that resulted in a 6-hour disruption on the North-East Line today.

The disruption took place during the morning peak hour and led to delays of up to 40 minutes for commuters.

Punggol and Sengkang stations are the main hubs for two LRT networks, and the disruption clearly rankled commuters who were rushing to work.

Repair works started at 10.40am and normal service resumed at 12.14pm.

SBS Transit has apologised for the inconvenience caused by the disruption.