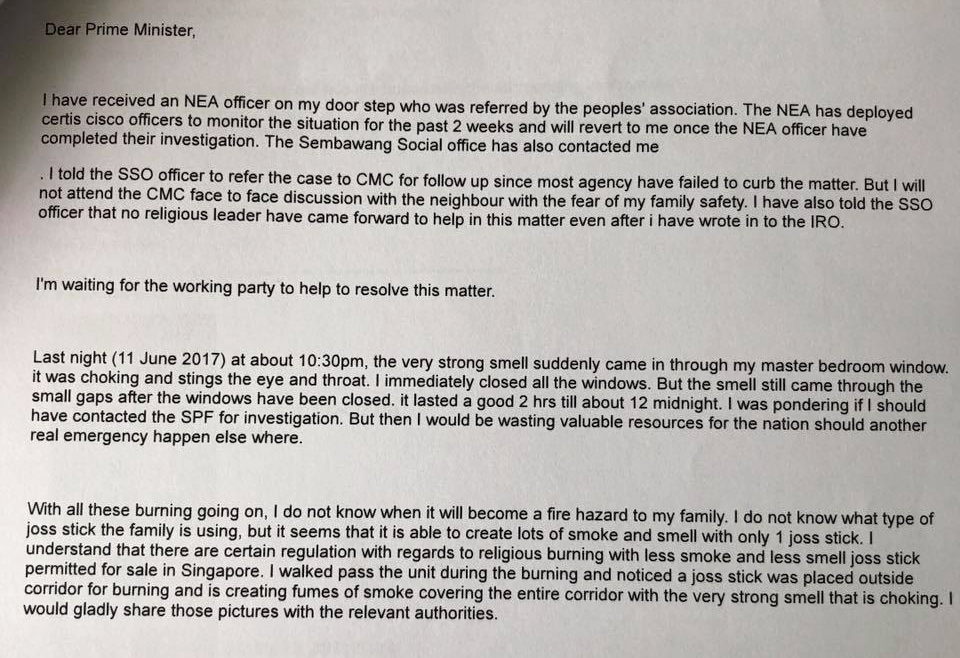 A resident has wrote a complaint letter to Prime Minister Lee Hsien Loong complaining about a neighbour burning incense sticks.

That letter was one of several complaints made to government agencies about the incense burning, which the resident.

The resident claims that the smoke from the incense can cause eye irritation and can pose a health hazard to his children, and the burning of incense can pose a fire hazard. 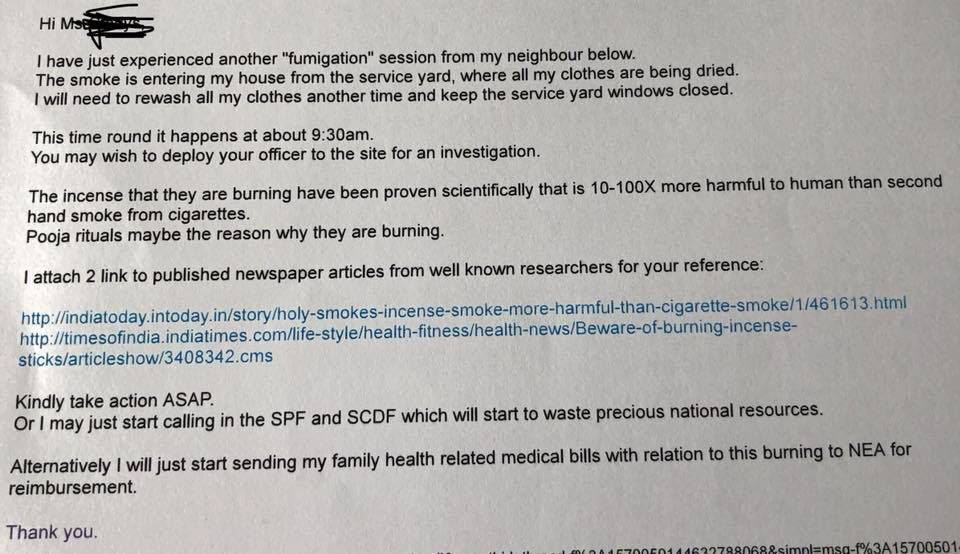 The “errant” neighbour is the aunt of Subathra Sugumaran, who shared these notes she received from the National Environment Agency online detailing the complaints of the resident.

“All because of a smell / smoke that a neighbour insists, permeates from my aunt’s flat, for the past two years, due to the smoke from our prayers burning incense sticks and cones and have ruined the family’s peace and well being. Like any other Hindu family, we pray twice a day, morning and evening, burn one incense stick and a cone which we have to stop altogether cause it will become a fire hazard to the neighbour and concerned about the Long-term health condition of the family. The continuous visits and letters led to constant stress has taken a toll on the family ( my Aunty, her two kids in their teens and my grandma) who are still grieving over the loss of my Uncle (aunty’s husband) who passed away last year Oct.”

Subathra said that her aunt has already made concessions, but that apparently isn’t enough.

“My Aunty is a nurse for over 15 years won’t be burning anything that will cause any health issues to the family. The neighbour adds they are fearful of meeting us face to face for mediation due to the safety of their family. We are talking abt a grieving wife, elderly woman in her 80s and two teenage kids, whom they fear for. They have taken pics of our home without our knowledge, saying it looks like the house is on fire. The pics shows nothing! And no, we don’t do any burning of incense sticks at night Nor prayers, except that one time last Nov, we had to do prayers for my late Uncle (Hindu rituals).

Give us a break already, pls.. we have even stopped using incense cones for the toilets for fragrance, burn incense stick now once a day, wants us to stop burning altogether. We have done nothing wrong except pray, we do burn incense sticks which last 30-40mins but there is nothing illegal about doing all of that. If it is, then so are the toxic fumes from vehicles that gets into your lungs daily.” 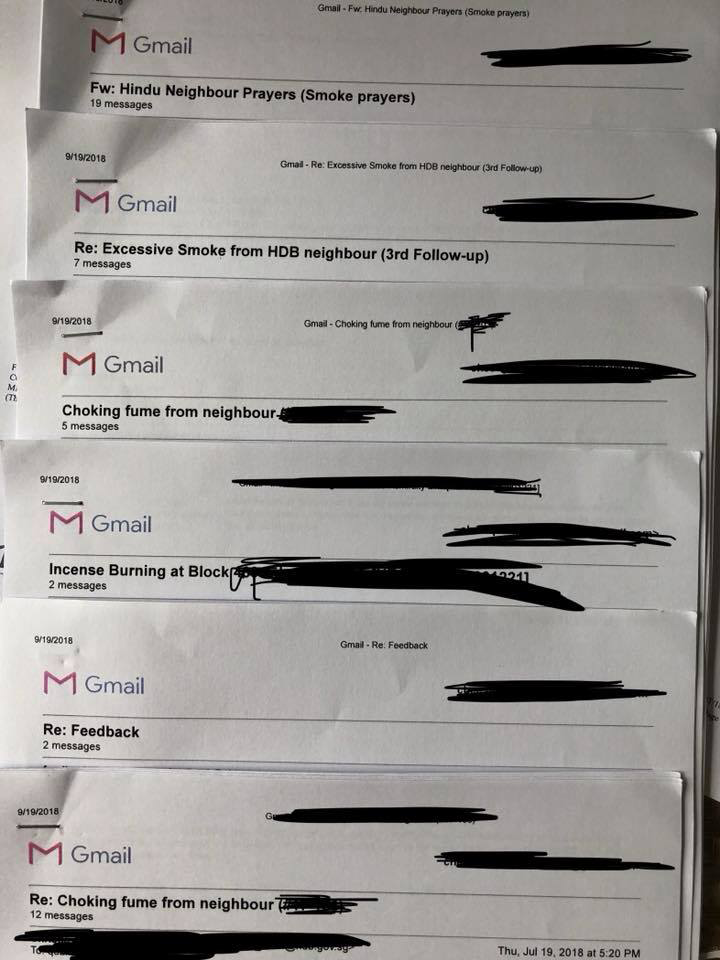 Reactions to Subathra’s predicament are mixed.

Some say that the family shouldn’t be burning incense in their homes as it causes inconvenience to neighbours. 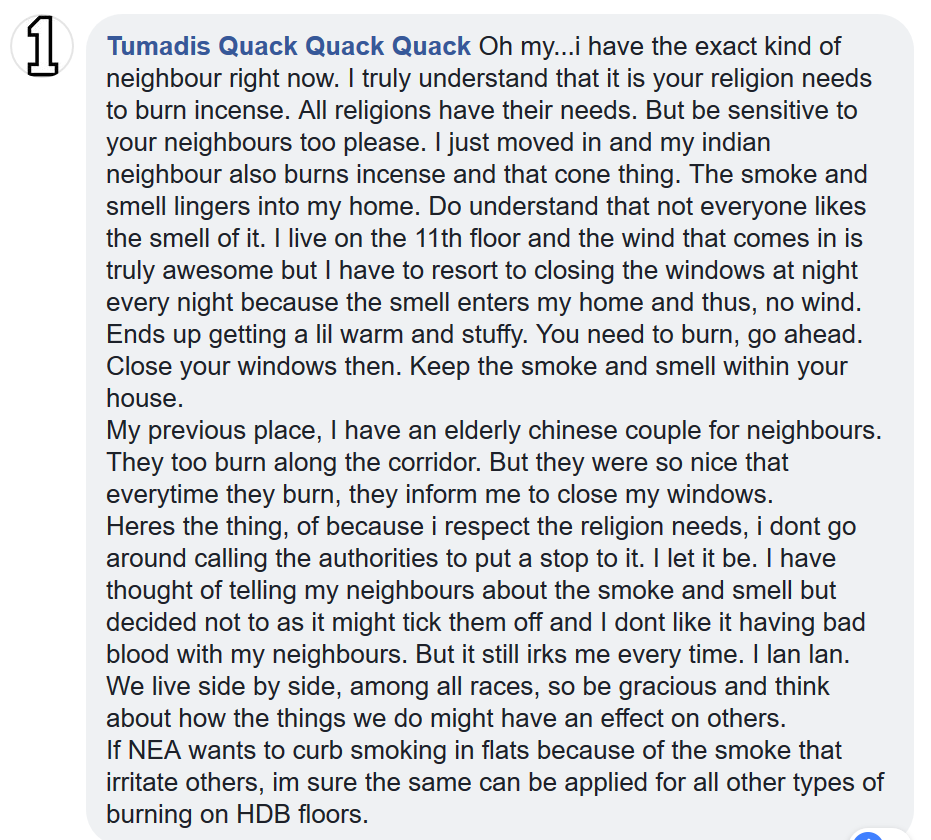 Others believe more tolerance is necessary for societal harmony. 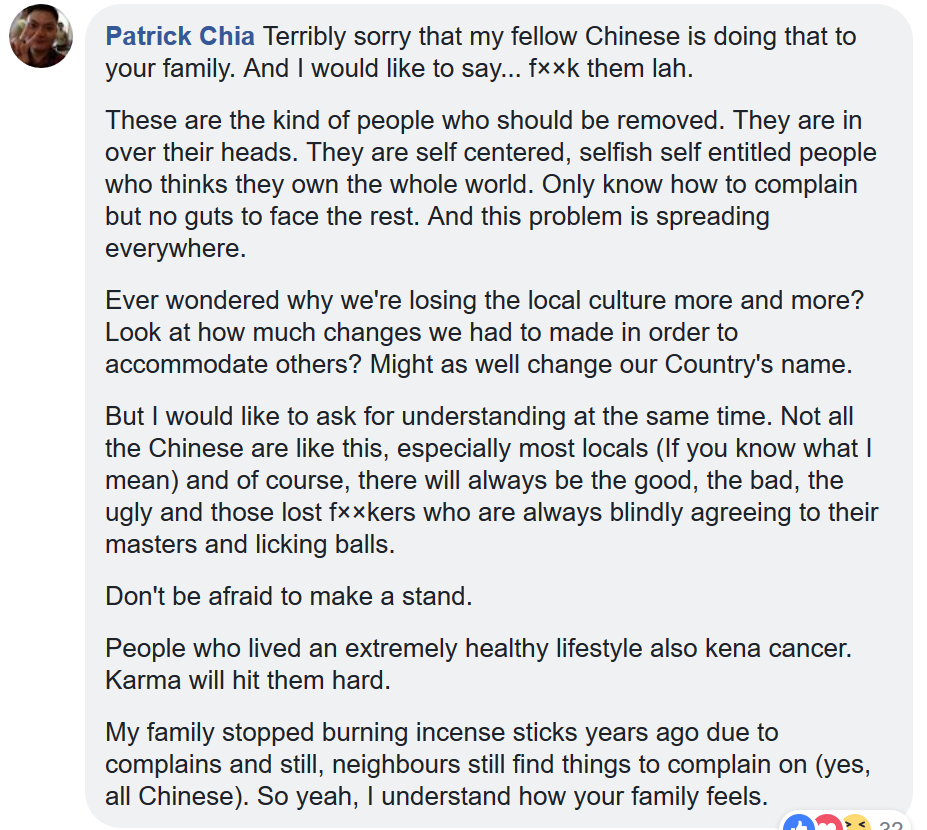