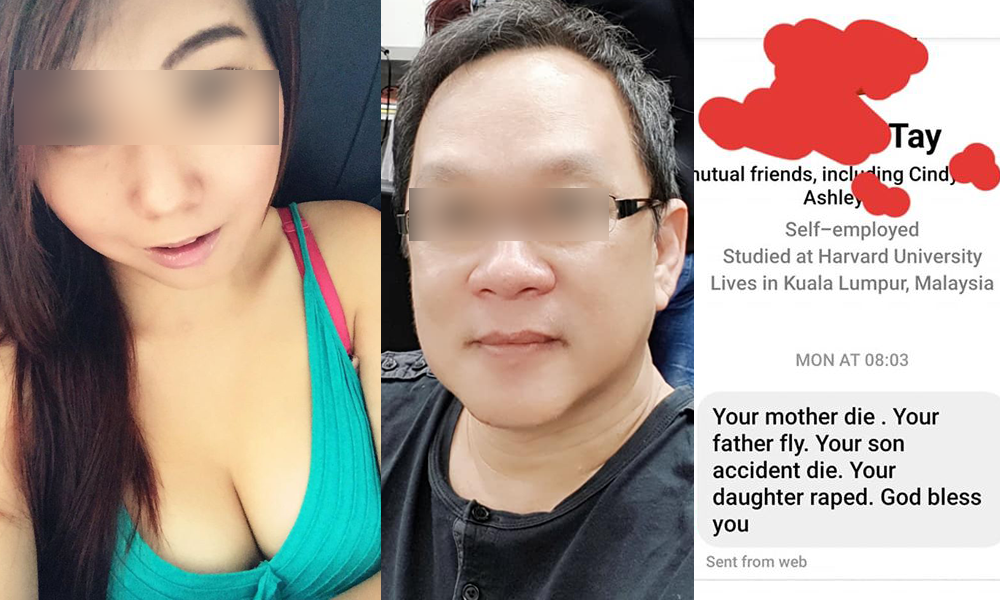 It appears that overzealous supporters of local ah lian Geraldine Phoa have attacked restaurant towkay Roger Koh over what they perceive is his reluctance to return S$500 to Phoa following her erroneous PayNow bank transfer.

The Ah Lian PayNow Error incident has also erupted in allegations of police abuse of power and even police impersonation.

Koh said today in a public Facebook update that he has been sent text messages wishing harm on his family.

He added that the Facebook pages of one of his restaurant chains, Big Bone Bak Kut The, has also come under attack from “angry keyboard warriors”.

At the time, Koh was in Indonesia.

Failing to reach Koh further, the Phoa then posted a message on Facebook, which included Koh’s details.

The message has since been edited to remove identifiable particulars such as Koh’s phone number. 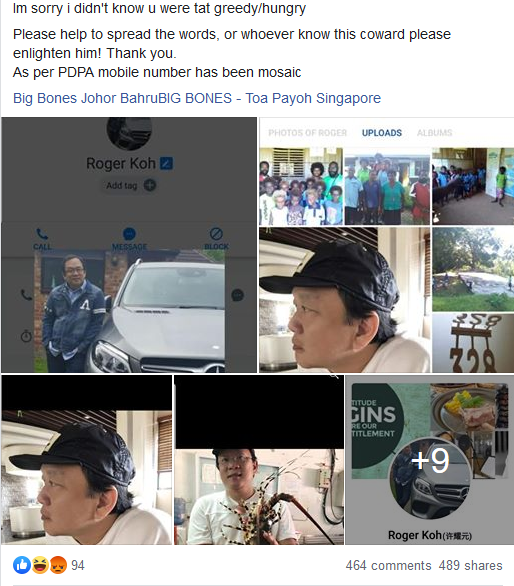 Koh says that he will be obtaining copies of his bank statements today to verify if he has indeed received S$500 from Phoa, and plans to return the money to her if the transaction had taken place. 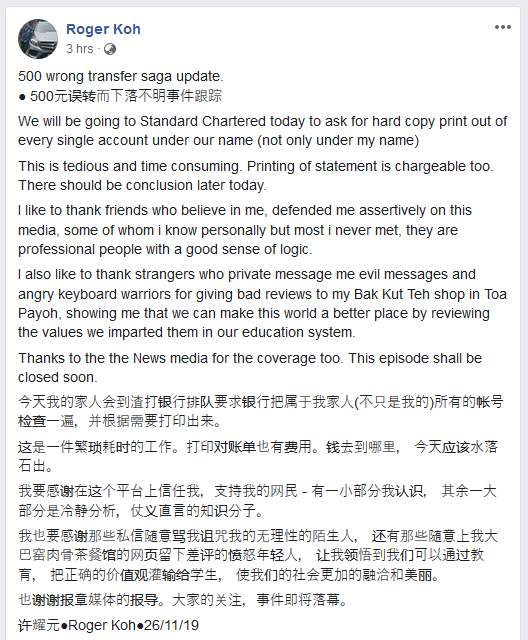